Priya and Nades Murugappan and their two children Kopika and Tharunicaa have been seeking protection visas in Australia since 2012. Nearly a decade later, they are still waiting.

The family was removed from their home in the Queensland town of Biloela and put in detention in Melbourne more than 1,000 days ago. In August 2019, they were moved to Christmas Island while their case was proceeding slowly through the courts.

Keeping them in detention on the island has cost the government $1.4 million in the past year alone.

The federal court today upheld a ruling that the government had denied the youngest member of the family, Australian-born Tharunicaa, procedural fairness in the handling of her visa application.

However, the court also ruled that the minister for immigration did not, in fact, have an obligation to allow Tharunicaa to make an application for protection at all.

The court action prevents the family’s removal from Australia — for now. But it changes little for their immediate situation.

They will remain in detention unless the government heeds calls from their lawyers and supporters to let them return to their community while the long court process plays out, or simply grants them a visa to stay in Australia, cutting through the interminable legal process.

Nadesalingam (Nades) sought asylum in Australia in 2012 and made an application for a permanent protection visa on the basis he was associated with the Liberation Tigers of Tamil Elam, which had fought a long war against the Sri Lankan government.

An officer in the Department of Immigration refused the claim in September of that year, noting that Nades had travelled to and from Sri Lanka between 2004 to 2010 on several occasions without incident, and there was no evidence his family had been targeted for persecution.

Challenges to this decision were refused in numerous tribunals and courts from 2013–15, as well as through direct ministerial intervention.

Read more: How the Biloela Tamil family deportation case highlights the failures of our refugee system

The Labor government’s refugee and asylum seeker policy was in disarray at the time. When the Christmas Island detention centre had filled beyond capacity in 2010, people were moved to detention on the mainland. And when those centres began to reach capacity, the government released most asylum seekers into the community on bridging visas.

This group of asylum seekers was dubbed by the Coalition as Labor’s “legacy caseload”. 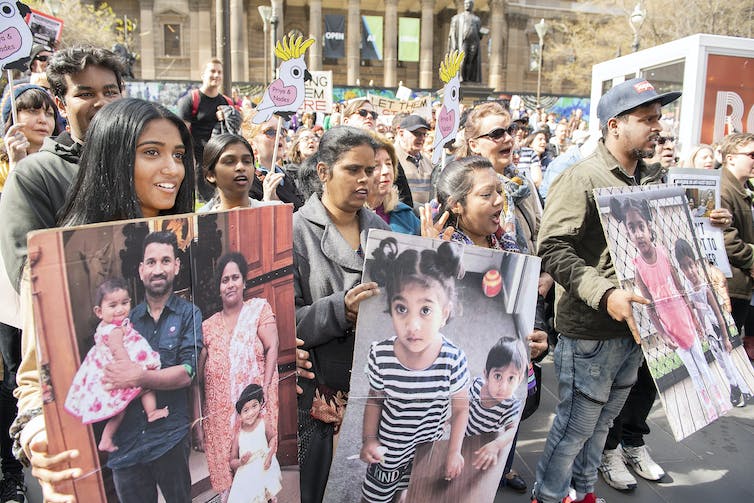 A rally in support of the family in Melbourne in 2019. Ellen Smith/AAP

Nades’s wife, Priya, arrived in Australia separately in 2013, one of among 25,000 people who came by boat that financial year.

Her claim was finally processed under a different legal regime introduced by the Abbott government in December 2014. Under this system, people arriving by boat and seeking asylum could apply only for temporary protection, and review rights were limited to a new “fast track” process.

Priya was not interviewed by an officer in the Department of Home Affairs until February 2017 (when she was eight months pregnant with Kopika). Her application was refused months later.

While all these legal proceedings were working their way through tribunals and courts, Priya and Nades got on with their lives. They were married and settled in Biloela in 2014, and had two children. 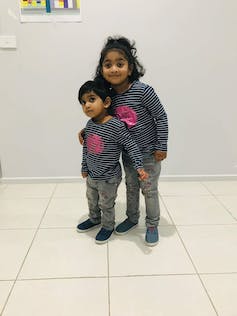 From the government’s point of view, the family has exhausted their legal claims for asylum in Australia.

But the situation is complicated because of the length of time it has taken to exhaust their legal rights. There are now the legal rights of the children to consider.

It is incumbent on Australia to ensure the children of asylum seekers are not at risk of serious harm if the family is returned to Sri Lanka.

Kopika was included in Priya’s claim from protection, but Tharunicaa was not, so a separate application was made to the minister on her behalf. The basis for the claim is that the family’s circumstances have changed since they arrived in Australia, making it more likely they would face persecution if they were returned to Sri Lanka.

In particular, the intense media attention of their situation has made them more prominent in Sri Lanka and highlighted their purported connections to the LTTE.

On the other hand, the political situation in Sri Lanka has changed since Priya and Nades first came to Australia, raising questions of whether they are still at risk of serious harm on return.

Now that the federal court’s ruling that Tharunicaa was denied “procedural fairness” has been upheld, new submissions can be made on whether the minister should lift the bar and allow her to make an application for a protection visa.

The minister may decide, however, not to raise the bar, thus blocking a path to applying for a protection visa. Their future in Australia remains very uncertain. 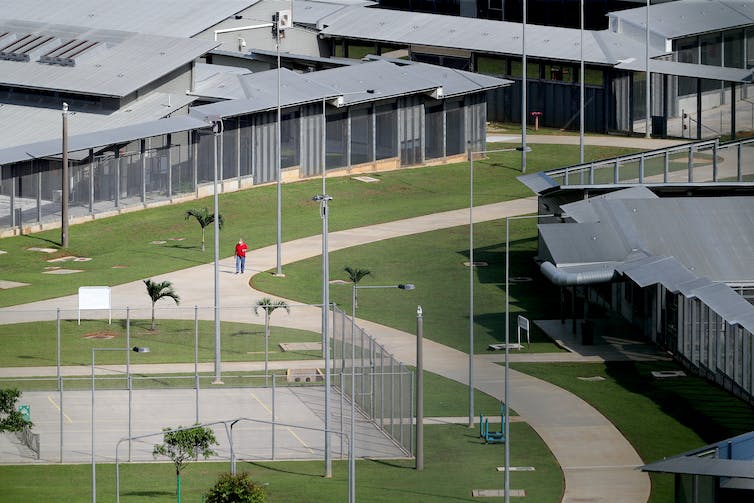 The Christmas Island detention centre where the Murugappan family has been held since 2019. Richard Wainwright/AAP

The politics and ethics of refugee protection

The whole saga raises difficult questions of law and policy.

There is a paradox at play. On the one hand, Australia’s highly evolved review rights for asylum seekers has allowed the Murugappan family to hold government decision-making to the highest standards. On the other hand, it has left them languishing in a state of limbo for years.

There is also an underlying ethical question that plagues our response to asylum seekers. Even if asylum seekers ultimately fail to convince the government they deserves protection, does the length and condition of their stay in Australia (or in offshore detention) create new obligations on the part of the government?

Read more: With our borders shut, this is the ideal time to overhaul our asylum seeker policies

For example, should asylum seekers be granted protection on the basis their rights have been violated in Australia while they have waited for years for their claims to be processed, or simply because they have become part of the Australian community?

There comes a point where our hardline response to asylum seekers is not appropriate anymore.

Arguably this point was reached long ago in relation to the Murugappan family — it is not longer morally, practically or financially appropriate to continue denying them a visa. We need to stop the cycle of appeals and cross-appeals on technical legal questions — and let them build a life.