Of course, poison — sometimes referred to as Inheritor’s Powder — is not gender specific. Rather, poison can simply be the preferred means of murder for clever criminals. Those who, as sociologist and author Tanya Bretherton points out:

… believed the perfect murder was possible if it could be made to look like something else entirely and no one even realised that a crime had been committed.

The title of Bretherton’s fourth book, The Husband Poisoner: Suburban women who killed in post-World War II Sydney (2021), suggests a work focused on damaged, disgruntled or daring wives in the early 1950s who were looking for the perfect solution to an immediate problem. But she goes further to look at how other family members were also targeted. She also gives some clues to explain why seemingly ordinary women decided to try their hand at murder. 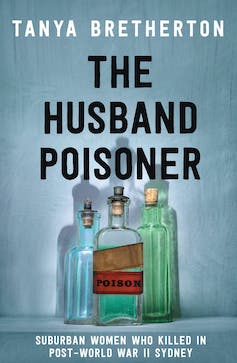 In a novel, writers usually ensure death by foul means is quickly established and everyone is a suspect. In real life, the poisoner’s goal for such a scheme is to make sure the idea of murder is never considered, death is something that is just … well, just unfortunate. Nobody is a suspect. Poison is available to men and women, as the poisoner and the poisoned. This is a fact showcased when Emily Inglethorp, mistress of Agatha Christie’s Styles Court, unknowingly consumes strychnine. Yet, there is an unsettling number of examples of fictional and real-life female villains dispensing with people as easily as they might deal with a bug. This has long generated anxiety around the type of woman who might poison her husband instead of going through a messy divorce. Some of this anxiousness is because there is a very specific type of malevolence present when one person decides to poison another. Poison requires planning — the methodical undertaking of procurement, delivery and the hiding of evidence. A show of grief or shock is helpful, but there is plenty of time for that. Poison is often slow. Bretherton is an excellent story teller. Indeed, this book reads like good crime fiction with dialogue deployed to push the stories forward. From Yvonne Fletcher’s disposal of two husbands to Caroline Grills and her four victims, the women are vivid. You can see their desperation, their motivation, their living conditions, their terrible taste in fashion and their wickedness. Read more: From crime fighters to crime writers — a new batch of female authors brings stories that are closer to home These women also have something crucial in common: they chose thallium. Discovered in the mid-1800s, thallium — a colourless, odourless tasteless metal — is highly toxic and indiscriminate when it comes to killing insects, rats, and people. Another thing these women share is a strange mix of cowardice and bravado. Sure, poison might circumvent an ugly confrontation, but it is a brutal way to kill somebody. To sit and watch, and to wait it out. Bretherton does not hold back in describing how the victims suffered. Bretherton’s interest in the social context of crime is clear, as is her understanding of social change in Australia across the 20th century. The time frame for this work showcases a world that was changing rapidly, but one in which progress on women’s rights was painfully slow. This was a period that pre-dated no-fault divorce and saw women’s minimum wages set at only 75% of men’s wages. It was also a time when rats presented a serious public health issue in Sydney, and so rat poison was easy to buy. For some, these conditions would inspire murderous plans. Although there were several high profile cases and prosecutions in the 1950s, we may never know how many people fell victim to rat poison. The Sydney crime wave also inspired the 2011 television movie Recipe for Murder. 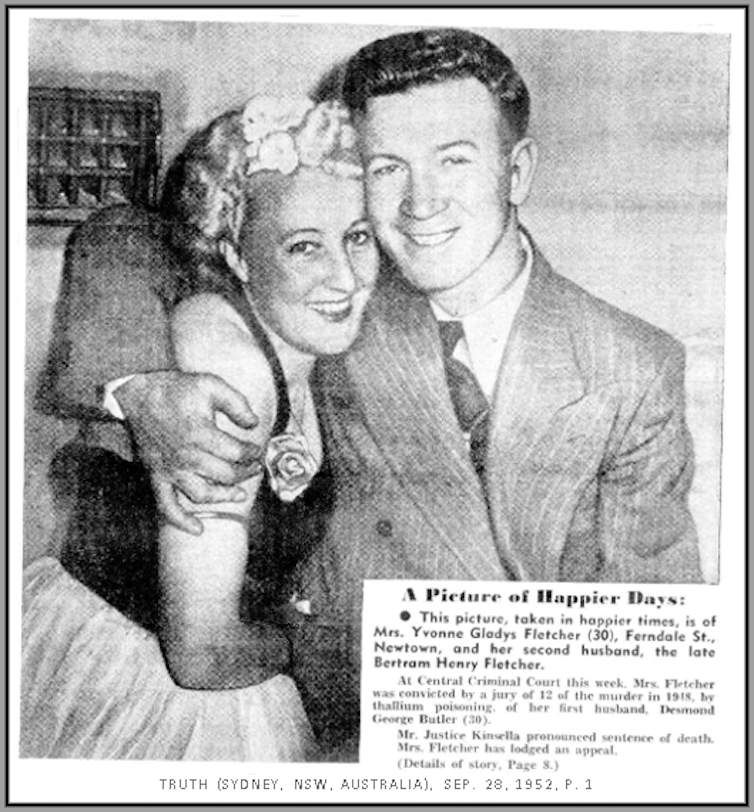 The Fletchers in happier times. Truth newspaper A recipe for murder Bretherton sets this work apart from most other true crime texts through her integration of recipes. Poison is not easily administered in neat doses via a teaspoon. It needs a vehicle. In exploring how women served up thallium in beverages and meals, she reinforces the subterfuge required to poison somebody by including recipes from a family cookbook compiled by her own mother. If you enjoy a good, home-made split-pea soup, then it is possible you might have a slightly uncomfortable moment the next time that dish is served. 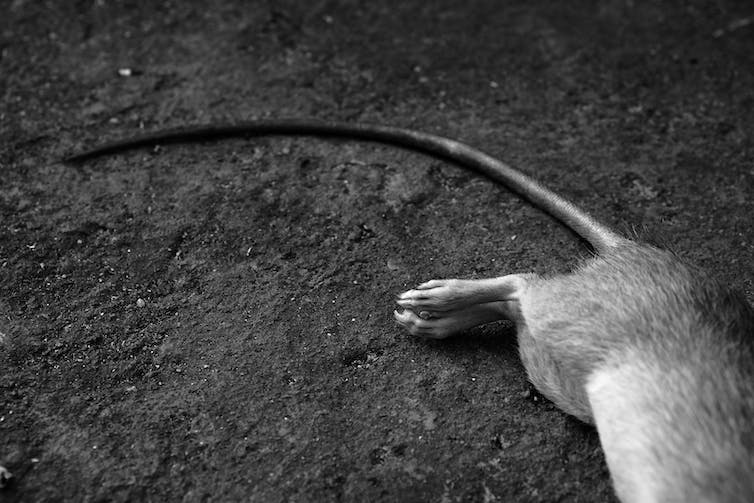 Not just for rats … Shutterstock This is one of the great fears of poison that Bretherton makes plain — it is so very domestic. All the killer really needs to do is concentrate on staying calm and pretending everything is normal. Set the table. Put out a potato and bacon pie. Ask, “Another cup of tea, dear?” Typically, food in true crime is evidence for a timeline: the suspect was seen leaving a particular restaurant around 11pm; or the victim, based on stomach contents, was thought to have died between this hour and that hour. But the women in Bretherton’s book take familiar comforts and turn them into weapons. The “crime and dine” approach, more commonly seen in crime fiction, is very effective in The Husband Poisoner. Read more: Friday essay: the meaning of food in crime fiction The cases included have obviously been well researched, and there are several pages of endnotes. The book would have benefited from an index. Bretherton’s work on the “thallium craze” offers a fascinating, if fiendish, cut of Sydney’s chaotic social fabric in the mid-20th century. Those who enjoyed her previous volumes and those interested in some of our darker histories will quickly devour The Husband Poisoner. Although, you might want to make your own cup of tea before curling up to do a bit of reading.