Just as the parliamentary inquiry into Rio Tinto’s destruction of the Juukan Gorge rock shelters was reconvening in Canberra, another culturally significant site was damaged at one of BHP’s iron ore mines in the Pilbara.

This latest rock shelter, a registered site for the Banjima peoples, was reportedly damaged by a rockfall in late...

Just as the parliamentary inquiry into Rio Tinto’s destruction of the Juukan Gorge rock shelters was reconvening in Canberra, another culturally significant site was damaged at one of BHP’s iron ore mines in the Pilbara.

This latest rock shelter, a registered site for the Banjima peoples, was reportedly damaged by a rockfall in late January. BHP said the site was not part of its current mining operations and the cause of the rockfall was not known.

Both incidents make clear the invidious and relentless threat to Aboriginal cultural heritage in the Pilbara (and elsewhere in Australian mining regions).

The destruction of one ancient and sacred rock shelter is, of course, devastating. But there’s a greater and as yet unrecognised loss to cultural heritage that is occurring from the “cumulative impacts” of mining activities in the Pilbara. It’s destruction by a thousand cuts.

It is difficult for most people to imagine the scale of the iron ore and gas operations in the region. Large swathes of this remote and ecologically delicate environment (a global biodiversity hotspot for subterranean fauna) have been transformed over the last several decades into a heavily industrialised landscape.

There are more than 25 industrial-scale iron ore mines in the Pilbara. Of these, Rio Tinto owns 16. They are part of an integrated network to transport iron ore out of the region, which includes four independent port terminals, a 1,700-kilometre rail network and other related infrastructure. 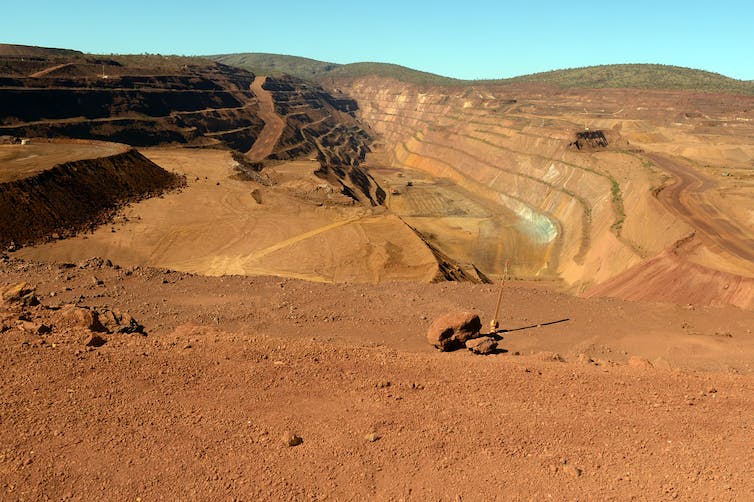 Ancestral paths are being ‘boxed up’

As a submission to the parliamentary inquiry from the Wintawari Guruma Aboriginal Corporation stated, more than 93% of their Country is covered by mining tenements. There are seven mines in total, most owned by Rio Tinto.

This group is not unusual. The neighbouring Yinhawangka have four Rio Tinto mines on their Country, plus others owned by different companies, including FMG.

Under the current WA Aboriginal Heritage Act, the focus of heritage protection efforts is on tangible (often archaeological) sites defined as discrete “way-points” on a map and separated from the cultural landscape that supports them.

But this is a core misunderstanding of cultural heritage management. Intangible or ethnographic sites, which are rarely visible to non-Indigenous people or those who are not customary knowledge holders, struggle to find recognition.

Read more: Friday essay: masters of the future or heirs of the past? Mining, history and Indigenous ownership

These intangible sites are part of the interconnected spiritual journey known as “dreaming tracks” and “song-lines”. For the knowledge holders, these ancestral paths represent a fundamental truth of connection to Country.

However, as mining activity intensifies in the Pilbara, even if certain “sites” are protected, these ancestral paths are being “boxed up” and cut off from one another.

This is because the WA Aboriginal Heritage Act assesses applications and projects on an individual basis, without reference to the cumulative impacts of mining activities or the bigger picture of regional and national heritage. 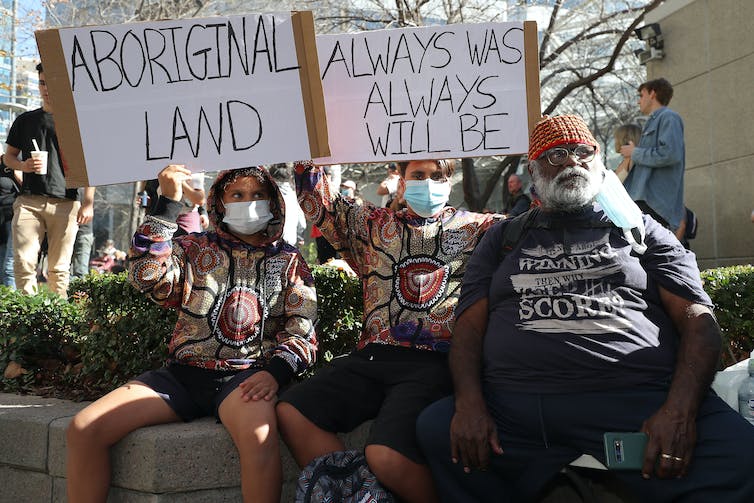 What are cumulative impacts?

These cumulative impacts include such things as

3) loss through indirect effects, such as increased dust, vibration and noise

In 2015, BHP prepared a “cumulative impact assessment” of its direct and indirect mining footprint in the Pilbara. The authors indicated it was the first of its kind for the region.

Though the focus was purely on the environmental effects of mining activities — not cultural effects — the results are nonetheless revealing.

The authors listed five species from the region, including the olive python and the northern quoll, that are now considered “vulnerable” or “endangered”. These species also have great significance for traditional owners. Yet, they were not engaged in the cumulative impact assessment process.

To the best of our knowledge, none of the major mining companies in the Pilbara have undertaken cumulative impact assessments for Indigenous cultural heritage that encompass the entirety of their operational footprint.

Read more: Can a mining state be pro-heritage? Vital steps to avoid another Juukan Gorge

The ability of traditional owners to access Country to care for it, maintain their obligations to it, monitor the effects of mining operations and ensure inter-generational knowledge transfer is another sensitive issue.

Many groups in the Pilbara have “land access protocols” with the companies operating on their land. A publicly available protocol between the Yinhawangka and Rio Tinto gives insight into the strict visitation parameters for the company’s mining leases and tenements.

For instance, the “general conditions” require visitors to have vehicles fitted with a suitable UHF radio set to the sign-posted channels.

The requirements also include

providing information of all the areas that you plan to visit within the … mining lease area, the number of people/vehicles in your group, the date and time that access is required and the duration of your trip.

Each person entering a mining lease must also “meet the minimum PPE requirements”. 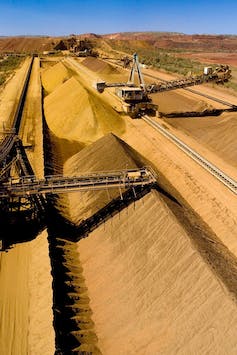 Iron ore piles at Rio Tinto’s Marandoo Mine in the Pilbara. Christian Sprogoe/Handout/EPA

Though we recognise the need to manage for occupational health and safety, such intensive requirements would make access extremely difficult and unrealistic for many people, especially the elderly and children.

Land access protocols do not just apply to mining leases, but also to pastoral leases, which are owned by the companies to facilitate the development of mining operations and ensure land access. Rio Tinto owns six such leases in the Pilbara.

The visitation rights for these pastoral leases are similarly strict. The protocols for Rocklea station, for instance, allow native title holders to camp for no more than three nights.

The importance of conservation agreements

WA’s draft new heritage laws contain the phrase “cultural landscapes”, which is a step in the right direction.

However, to truly protect cultural heritage and accommodate Aboriginal rights and interests requires conservation agreements, similar to the Murujuga agreements made between the Commonwealth and both Rio Tinto and Woodside in the Pilbara.

The state government would have to forgo some mining royalties and, in line with recommendations by the parliamentary inquiry, native title holders would have the right to protect sites and declare areas “no-go zones”.

This has been the successful model under the Aboriginal Land Rights Act in the NT for more than 40 years. Such a model recognises

the interdependence of all life within Country constitutes a hard but essential lesson – those who destroy their Country ultimately destroy themselves.

The risk is that if decisive and strong measures aren’t taken, large swathes of the Pilbara will become desecration zones, or “sterilisation” zones, as some Aboriginal groups have termed the industrial mining landscape.

This will be the legacy, not only for the mining companies, but for Australia and most painfully, for the traditional owners who remain long after the miners have gone.