Knowledge of local heritage protection measures and support for these are often lacking, according to a recent Heritage Council of Victoria report. The report suggests this points to a need for public education.

Our research proposes another solution: reshape heritage governance and practice to take account of community interests and priorities....

Knowledge of local heritage protection measures and support for these are often lacking, according to a recent Heritage Council of Victoria report. The report suggests this points to a need for public education.

Our research proposes another solution: reshape heritage governance and practice to take account of community interests and priorities. Heritage conservation should be people-centred, rather than rely too heavily on past practices.

Read more: How can a 17-year-old place gain heritage status? What this means for Melbourne's Fed Square

The report, State of Heritage Review: Local Heritage 2020, includes Australia-wide comparisons. It is part of an ongoing assessment of conservation approaches by the Heritage Council, an independent statutory body.

The major take-away from the report is that many local councils lack the incentives, resources and expertise to adequately conserve heritage places. It recommends sensible measures such as increased state government funding, training and promotion of heritage.

Give people a stake in their heritage

Significantly, the report identifies that knowledge and support for heritage measures are often lacking in the community, but does not speculate why. The report does not consider (and it’s beyond its terms of reference) engagement with the potential of heritage – what it could be for people.

Key themes shaping heritage research, policy and community surveys include social and racial justice, Indigenous heritage, intangible heritage and environmental sustainability. No longer can it be assumed that the key heritage policy objectives are to formulate comprehensive heritage lists or to prevent urban development.

Indeed, an expanding body of research recognises a growing divide between professional and public perceptions of heritage. The report suggests public education could bridge this divide by:

But this overlooks the place of community interests and priorities in reshaping heritage governance and practices.

In the past, Australia has been recognised for its innovative approaches. Today, approaches seem to have become too reliant on existing ways of doing things.

The existing system is not responsive enough to the powerful and evolving interactions between cultural heritage, social, cultural and environmental imperatives, and people and place. For instance, conservation should not be a barrier to the sustainable re-use and recycling of buildings, nor should it hinder people from shaping heritage places.

Read more: Sustainable re-use and recycling work for heritage buildings and places too

Our new research on people-centred conservation proposes that the deep relationship between communities and their historic places has the potential to reshape heritage processes. An approach is needed that centralises the ever-changing issues that affect human relationships to existing places.

People have long cared about heritage

In the postwar period, communities sought to shape their heritage places. They protested to conserve the Hyde Park Barracks in Sydney, the historic Barracks in Perth and Salamanca Place in Hobart.

And in Melbourne in 1963, as many as 10,000 people gathered at Ripponlea Estate to oppose its “seizure” by the ABC, with federal government backing, so it could expand its Elsternwick television studio. The historic 19th-century mansion was later bequeathed to the National Trust. 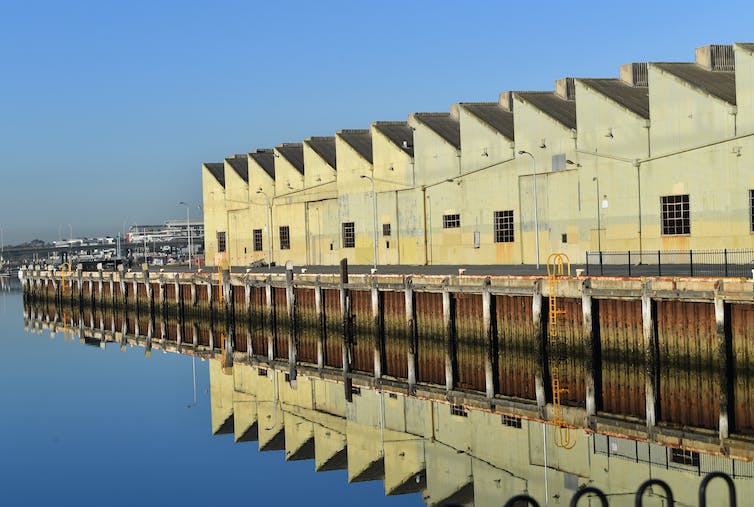 Despite public protests and the SA Heritage Council supporting its listing, Shed 26 on the Port Adelaide waterfront was demolished in 2019. David Mariuz/AAP

In 1972, under the Liberal Hamer government, in line with international trends, Victoria became the first Australian state to introduce historic buildings legislation. Two years later, the federal Labor Whitlam government proposed the objective of heritage was to safeguard “the things that you keep”.

Over the next two decades, every Australian government followed Victoria’s lead. The result was a mosaic of local, state and national heritage protections.

Subsequently, the field of heritage clarified the 1974 objective, heralding a shift in emphasis from community to expert perspectives. Victorian legislation advanced the values-based approach:

to conserve and enhance those buildings, areas or other places which are of scientific, aesthetic, architectural or historical interest, or otherwise of special cultural value.

By the late 1990s, the field had standardised criteria and historic themes – incorporating periods, architectural styles and customary narratives – to guide consultants and authorities and their assessment of cultural heritage value.

The reliance on these ostensibly objective and seemingly stable instruments creates distinctive challenges. Integrated with the planning system, local heritage too often seems to conflict with evolving questions of development, land use, ownership, sustainability, participation and design.

Yet heritage in the 21st century is fundamental to all those issues. Many are highlighted in the terms of reference of a forthcoming state parliamentary inquiry into local planning and heritage.

Overall, local heritage appears to be neither sufficiently dynamic nor adequately democratic. A number of issues identified in the recent report are almost identical to those suggested in a similar local heritage survey in 2003-04. 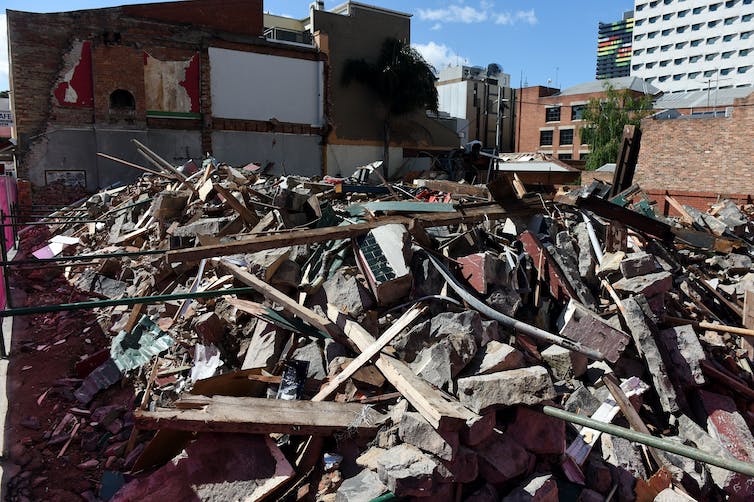 The illegal demolition of the Corkman Irish Pub in Melbourne in 2016 led to a change in the law. Tracey Nearmy/AAP

Local heritage can promote community empowerment, social and racial justice, and sustainability. People-centred conservation is a way to place the community at the heart of heritage.