Time is running out for the Western Australian Liberal Party. Polling points to a massive Labor landslide at the upcoming state election on March 13.

“I accept it’s not my time,” he told The West Australian newspaper last week.

Not following the election script

While not entirely unprecedented (then Labor leader Geoff Gallop said the Court government would be “returned comfortably” three days before the 1996 WA election), it is nonetheless an extraordinary admission from Kirkup. It departs from established practice where political leaders try to preserve hope amongst their faithful, even in the face of extreme adversity.

Some voters may applaud Kirkup — who only took up the Liberal leadership last November — for his honesty. This was certainly the editorial view of The West Australian. It is also a definitive way of capturing the “underdog” status going into election day and emphasising the importance of checks and balances in our political system, while highlighting the importance of the upper house race as well. 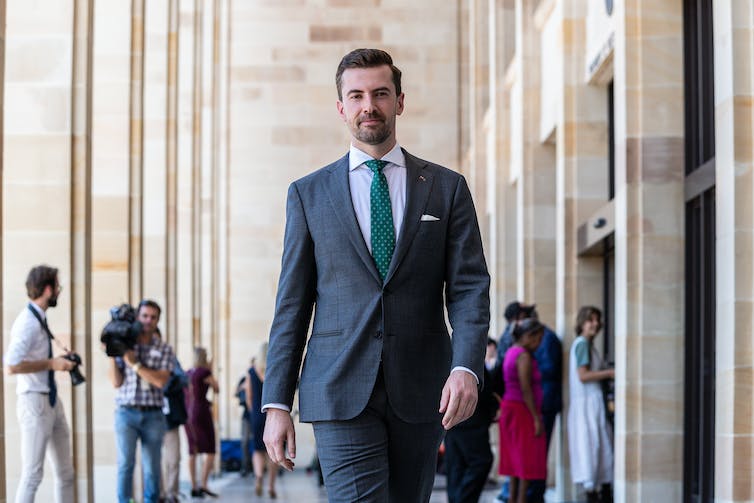 But there are significant risks to this approach. One is that voters may feel its disrespectful to the vast majority of people who are yet to vote. Another is, why would voters take any notice of Liberal party policy announcements, if they won’t be in government to deliver on any of them?

Under the circumstances, the Liberal Party could be forgiven for pitching their policy settings firmly towards their own base. Curiously, their one signature policy involves shutting WA’s coal-fired power plants by 2025, backing in renewable energy generation, and achieving net zero carbon emissions in the state electricity system by 2030.

It has certainly attracted the ire of federal colleagues, with Liberal MP Andrew Hastie describing it as a “lemon”. For their part, the McGowan government has borrowed lines from the federal Coalition’s playbook, arguing the policy would see,

many, many billions of extra debt, a huge increase in family power bills, rolling blackouts across the state and huge job losses.

More at stake than forming government

While the headline result of the election looks like a foregone conclusion, there are plenty of reasons for the Liberals to continue to fight hard for every vote.

The first is to try to stop Labor from winning control of the Legislative Council (upper house). While the Coalition almost always win control of the upper house when in government in WA, this is extremely rare for Labor.

A Labor majority (or a Labor-Greens majority) could pave the way for electoral reform to remove undemocratic malapportionment in WA. In the upper house, one regional six-member electorate has fewer than 70,000 voters, while three six-member metropolitan ones have more than 400,000 each.

Read more: Whopping lead for Labor ahead of WA election, but federal Newspoll deadlocked at 50-50

However, this malapportionment is so extreme, it means even a Labor landslide doesn’t guarantee an upper house majority in its own right. The Labor party currently has just 14 seats in the 36 seat chamber, despite winning 41 of the 59 seats in the lower house in 2017.

To win 19 seats they need to pick up additional seats in five of the six upper house regions. They already hold three seats in both the east metropolitan and south metropolitan regions and the quota for four is a whopping 57.14% of the primary vote. This provides us with some sense of magnitude of the victory required to achieve a basic majority.

Being able to be an effective opposition

A second critical reason for the Liberal party to chase every vote is to avoid a wipe out that is so bad it makes them ineffective as an opposition.

The Liberal Party currently has just 13 seats in the 59 seat Legislative Assembly, which is the legacy of a very poor performance at the last election. While they look very likely to sink further, they would be desperate to avoid the most catastrophic outcome — a return of fewer seats in the lower house than the Nationals and the loss of official opposition status. 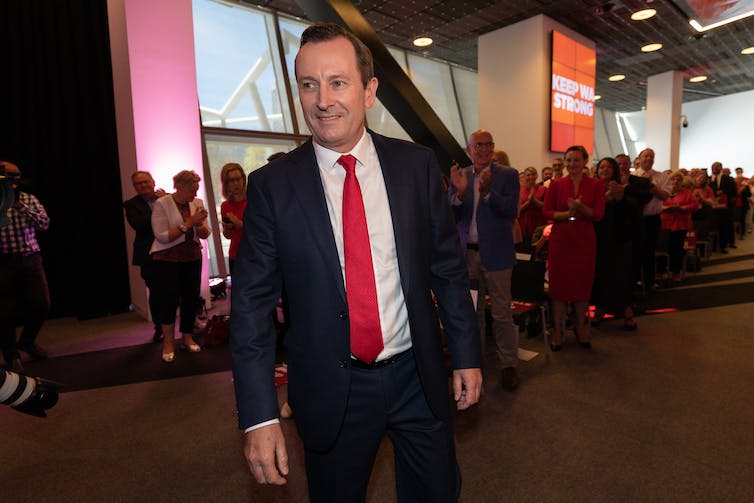 Labor Premier Mark McGowan has a a commanding lead in the polls. Richard Wainwright/AAP

There is also the possibility their numbers could be so low as to deny them the resources normally allotted to parliamentary leaders and whips as set out by the Salaries and Allowances Act.

This means they would have very few staff and minimal funds to hold the government to account. It also means their capacity to probe during question time and ask useful Questions on Notice would be limited. They would also have a very thin presence on parliamentary committees.

There is also a third, compelling reason for Kirkup and the Liberals to avoid electoral oblivion.

While the modern electorate is a volatile one, if they win just a handful of seats in 2021, the task of winning in 2025 would also become much more difficult — the Liberals may face at least three terms in opposition.

Read more: Labor wins WA in a landslide as One Nation fails to land a blow

An electoral wipe-out could ruin the careers of future leadership aspirants and ensure that the next Liberal premier is yet to enter parliament.