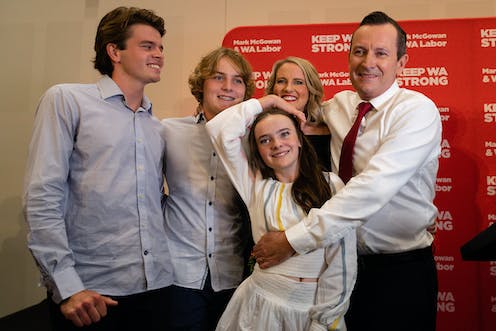 Liberal fears of a wipeout in the Western Australia state election have been realised, with the Labor party winning about 52 seats in the 59-member Legislative Assembly.

This represents the biggest electoral win in any Australian jurisdiction since the stabilisation of the two-party system over 70 years ago. There is no doubt...

Liberal fears of a wipeout in the Western Australia state election have been realised, with the Labor party winning about 52 seats in the 59-member Legislative Assembly.

This represents the biggest electoral win in any Australian jurisdiction since the stabilisation of the two-party system over 70 years ago. There is no doubt that the immense popularity of Labor Premier Mark McGowan was a decisive factor in the result. McGowan enjoys rock-star-like status in the state, and this was noted by his political opponents during the count.

For the Liberals it has been a devastating loss: not only have they almost been obliterated from the parliament, but their leader has gone and they are no longer the official opposition - that now goes to the National Party.

One of the earliest seats to call was the seat of Dawesville, held by 34 year old Liberal leader Zak Kirkup. He had already conceded that he could not win the election before a vote had been cast, and his subsequent focus had been on retaining as many Liberal seats as possible.

Another high profile casualty was former Liberal leader Liza Harvey, who lost her seat of Scarborough. Harvey was blamed by some in Liberal circles for the defeat. As opposition leader in 2020 she had called for WA’s hard border to come down, which was followed immediately by the COVID-19 outbreak in Victoria.

At this stage, it looks like the extraordinary support for Labor will translate into an upper house majority for the first time for Labor. It is worth noting that Liberal-National governments in WA have regularly controlled both houses of parliament while in government. While the Nationals occasionally voted differently from the Liberals, being in cabinet meant this was a rarity. Control of both houses should mean government bills will pass into law with little resistance.

Is WA a one-party state?

While there will be at least six Liberal or National MPs in the 59 seat lower house, and a much higher number of non-government MPs in the upper house, there is no doubt the McGowan government will dominate proceedings in parliament.

Such is the imbalance, though, that it raises questions of accountability. Parliament is the principal body of accountability for governments in our democratic system, and it is critical parliamentary processes that typically hold government to account are maintained. Opposition parties need resources to research contentious issues, investigate complaints, and develop alternative policies.

It is critical oppositions are able to ask questions without notice in question time, put detailed questions on notice to the government in the Legislative Council, and have a presence on parliamentary committees that investigate issues arising in government and in the broader community. Most importantly, they need the resources to scrutinise bills which are introduced into either house.

There are dangers for the government itself in having a large majority. Some Labor members may struggle to have their voices heard in such a large party room. There will be increased competition for all manner of roles in government, starting with positions in the new Labor ministry, and disappointment may lead to discontent and in-fighting within the partyroom.

Governments that control both houses run the risk of passing poorly-structured legislation. Parliamentary scrutiny leads to better governance, a factor that in the long run helps governments as much as oppositions. One factor in the demise of the long-running Howard government was the passage of its “workchoices” legislation, achieved during a rare incidence of government controlling both houses of the federal parliament. 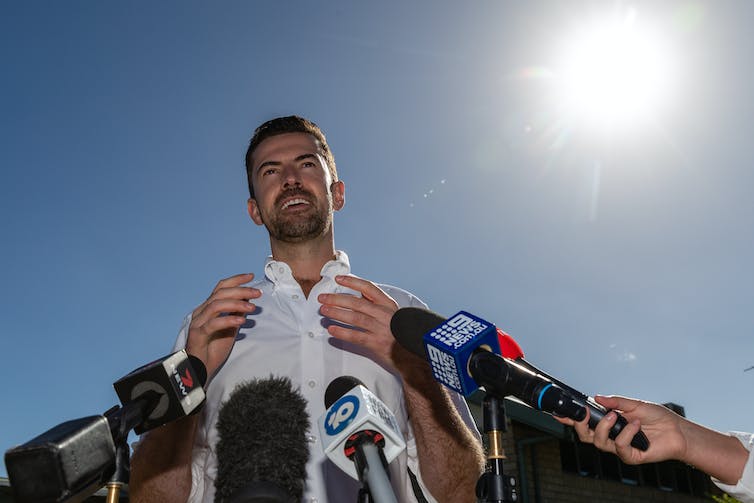 WA Liberals have been all but obliterated in the state election, with leader Zak Kirkup among those who lost their seats. AAP/Richard Wainwright

There will no doubt be some pundits who draw federal implications from Labor’s stunning victory, but it is worth remembering that neither Scott Morrison nor Anthony Albanese featured in the campaigns of either party. Albanese did visit WA during the campaign period, but did not join McGowan on the campaign trail.

Western Australia has long been a traditional heartland for the federal Liberals, and they currently hold 11 of the 16 seats here. Federal Liberals from WA have been punching well above their weight in the federal government. But Morrison has not visited Western Australia since October 2019, and two of his senior ministers from WA are both on leave with their futures under a cloud.

Any suggestion of trying to overlay these results onto federal seats is a fraught exercise. But there is one thing we know for sure: there will be a lot fewer people in WA working for the Liberal party in paid positions than there were before the election. This will affect the ability of Liberals to strategise, and organise on the ground.

The organisational structure of the party has come under scrutiny in recent times, amid fears that the WA branch is dominated by a small group of powerbrokers. Maintaining robust structures for campaigning will be crucial with a federal election due within the next year.

But there are a few positives that the federal government may take out of the campaign. First, WA voters have consistently voted differently at state and federal level. And Morrison, while not enjoying the popularity of McGowan, is more popular than his opponent. The WA election also marks the fourth straight state or territory election during COVID-19 where the incumbent government has been returned. It is clear incumbency and competent management are distinct advantages during a pandemic.