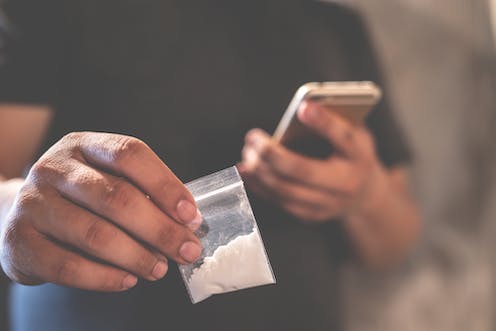 In February this year, Labor backbencher Michael Pettersson introduced a private members bill to remove criminal penalties for possession of small amounts of some illicit drugs in the Australian Capital Territory.

This might seem like a radical step to some, but researchers and health professionals have been calling for this reform for some time.

Most Australians support decriminalisation and a less punitive approach to drug use.

The bill is currently before a parliamentary committee that will look at the evidence and submissions from professionals, people who use drugs and the general public, and will report back in October this year.

How will decriminalisation work?

Possession of cannabis has already been decriminalised in the ACT since 1992. Pettersson also introduced a bill that came into effect in 2020, which went one step further. It allowed adult residents in the ACT to legally grow and possess small amounts of cannabis for personal use.

Possession of cannabis has also been decriminalised in South Australia and the Northern Territory for nearly 30 years.

If the new legislation passes, possession of small amounts of a limited number of illicit drugs will no longer be a criminal offence. They will be decriminalised, like cannabis was between 1992 and 2020 in the ACT.

If someone is found in possession of illicit drugs, and the amount is under the “personal possession limit”, they risk a civil fine of 1 penalty unit ($160). The current criminal penalty is a maximum fine of 50 penalty units ($8,000) or two years of imprisonment or both.

This means people who use drugs can avoid a criminal record if they pay the civil penalty within prescribed time period — a little like a speeding fine.

The proposed personal limit for possession is 0.5 grams of MDMA, 0.002 grams of LSD, and two grams of cocaine, amphetamines, psylocibin and heroin. These are much lower levels than the current definitions of “personal use” in the ACT.

Australia’s official national drug policy includes reducing harms from legal and illegal drugs. Efforts to reduce harms from illicit drugs are severely hindered because possession and use is a criminal offence.

The legal status of some drugs has more to do with history than risk of harm. In fact, some of the major harms from using illicit drugs are because they are illegal.

One of the biggest harms from illicit drug use is having a criminal record for possessing small amounts of a drug for personal use. Most people who use illicit drugs do so very occasionally and only in small amounts, and are not dependent nor do they need treatment. A criminal record can have a long-lasting negative impact on a person’s future, including on their career and their ability to travel.

Making them a criminal offence also means there is a lot of stigma attached to using these drugs. We know stigma makes it harder for people to seek help when they need it.

There are no clear benefits from criminalisation of illicit drugs. In the justice system, a large amount of time and money is spent on addressing drug-related offences. Former Australian Federal Police Commissioner Mick Palmer has noted: “drug law enforcement has had little impact on the Australian drug market”. There’s no evidence criminalisation has reduced use of illicit drugs.

Decriminalisation significantly reduces the involvement of the justice system and allows existing resources to be better used to support treatment for people who need it, or to focus justice system efforts elsewhere.

Evaluation of drug decriminalisation in other countries, such as Portugal, has found it increases the number of people accessing alcohol and drug treatment and does not result in increased drug use.

In the Northern Territory, South Australia and ACT, cannabis use did not increase when decriminalisation was introduced 30 years ago. Rates of use are no higher than other states. This suggests there are more benefits than risks to decriminalisation.

Recently, the state of Oregon in the United States decriminalised all drugs for personal use following a vote by residents.

More and more jurisdictions are moving towards this approach. Decriminalisation of illicit drugs is the natural conclusion to decades of research on drug-related harms.