Aboriginal and Torres Strait Islander deaths in custody are often given as statistics. But behind those numbers are real people and an indescribable impact on the families and communities who loved them. They are the strongest advocates for those who have died in custody, and in reform of the system.

The 1991 Royal Commission into Aboriginal Deaths in Custody report — whose 30th anniversary was observed on April 15 — makes recommendations that address the necessity of self-determination for Aboriginal families and communities.

However, acts of self-determination, such as calls for community-led changes to the justice system, have been ignored.

Only a handful of the 339 recommendations of the royal commission relate to Aboriginal and Torres Strait Islander families and communities grieving a death in custody.

Many of these are concerned primarily with consultation between families and relevant authorities regarding the circumstances of their loved one’s death. Recommendation 188 of the royal commission’s report requested:

that governments negotiate with appropriate Aboriginal organisations and communities to determine guidelines as to the procedures and processes which should be followed to ensure that the self-determination principle is applied in the design and implementation of any policy or program or the substantial modification of any policy or program which will particularly affect Aboriginal people.

Read more: Not criminals or passive victims: media need to reframe their representation of Aboriginal deaths in custody

Despite this, and the ongoing leadership Aboriginal and Torres Strait Islander families have shown, families continue to report their frustration with a lack of consultation by governments. This was exemplified recently by Prime Minister Scott Morrison refusing to see the families of people who died in custody. 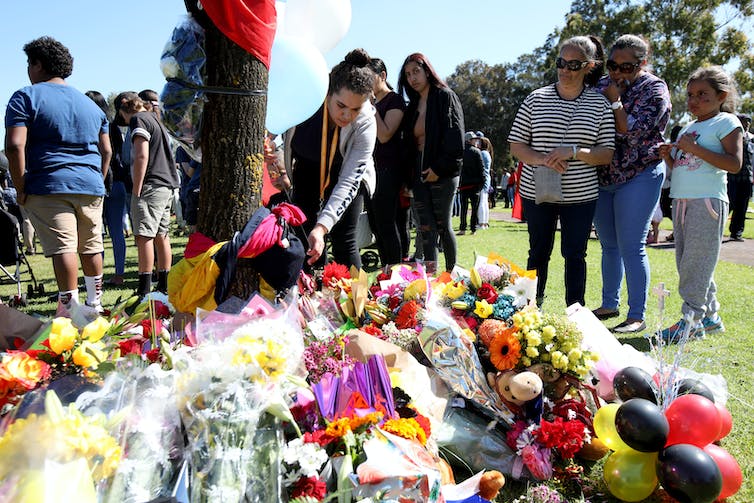 Families of those who have died in custody can offer insight from a place of lived experience of the grief of these often-preventable deaths. Richard Wainwright/AAP

A history of families fighting for justice

The royal commission itself was the result of continual campaigning by the families of those who died in custody and the Aboriginal and Torres Strait Islander community.

The Dixon family in Adelaide, led by Kaurna mother and grandmother, the late Alice Dixon, were among the families to call for systemic change. In July 1987, Ms Dixon lost her 19-year-old son, Kingsley Dixon, whose case was one of the 99 deaths investigated by the royal commission.

After her son’s death, Ms Dixon joined the National Committee to Defend Black Rights, established in 1983 by Helen Corbett, a Yinggarda and Bibbulman woman. Together Ms Dixon, Ms Corbett, and others from the national committee spoke at the United Nations on human rights and justice for Aboriginal and Torres Strait Islander people.

It is because of their efforts and the strategic calls of many other families the government was forced to establish the royal commission in 1987.

Over time, more Aboriginal and Torres Strait Islander families experienced the tragic deaths of their loved ones at the hands of police and prison officers. Communities like Redfern continued to organise against the police brutality of young Black people, such as 17-year-old TJ Hickey, who died following a police pursuit in 2004.

Their resistance contributed to the establishment of Aboriginal and Torres Strait Islander-led justice programs and reflected the strong will of the community to govern their own affairs.

In October 2016, the first of the Australian Black Lives Matter rallies against Aboriginal deaths in custody was organised in Adelaide on the steps of the South Australian parliament. The national rallies were sparked by the death of Wayne Fella Morrison a month earlier. Morrison died in the Royal Adelaide Hospital as a remandee after being restrained by multiple South Australian correctional officers with a spithood and flexicuffs.

Warriors of the Aboriginal Resistance, an Aboriginal activism group, brought together families of those who had died in custody, those who were calling for the release of their loved ones and those who had suffered through state-sanctioned brutality themselves — including police shootings — and lived to share their stories.

By June 2020, following the death of George Floyd in the US, there was increased momentum in the Black Lives Matter movement across Australia, with rallies attracting hundreds of thousands of supporters.

Throughout this time, the families of many others, including David Dungay Jr, Nathan Reynolds, Tanya Day, Tane Chatfield and Sherry Fisher have continued advocating for justice in their cases and for systemic transformation.

imperialism and colonialism are the specific formations through which the west came to ‘see’, to ‘name’ and to ‘know’ Indigenous communities.

If Aboriginal and Torres Strait Islander people are seen as empowered, self-determining experts, this inherently disrupts the perception they need to be governed by external bodies.

Mx Rule, the sibling of Wayne Fella Morrison, brings an important standpoint to their research and advocacy in this area. They conceptualise what they and many other Aboriginal people work to open up through resistance to police and corrections violence, particularly as family members of those who have passed in custody. They name this “Blak space”,

The articulation and analysis of “Blak space” is something Mx Rule is continuing to develop through their doctoral studies at the University of Technology Sydney.

When will families be heard as constituents with long-standing experience and solutions to ending the deaths of community members in custody?

Much lip service is given to the idea of self-determination, especially by government. It is not enough.

Instead, self-determination needs to be conceptualised as “Blak space”, a place where the voices of Aboriginal and Torres Strait Islander people are central and privileged for their lived experience and knowledge.

The families of those who have died in custody, and the communities who are supporting them, need to be at the table. It is time for governments to listen.