Tech giant Microsoft recently announced the retirement of its longstanding web browser, Internet Explorer, in favour of its newer product, Microsoft Edge. With support for Internet Explorer only set to last until June 15, 2022, its remaining users have just over a year to find an alternative. But of course, most web users already have.

While the eventual downfall of Internet Explorer was seen as a foregone conclusion by those who monitor web trends, the news might come as an unwelcome surprise for those who are somewhat less up-to-date.

For the most part, though, this news is a whimper rather than a bang — a footnote at the end of an iconic story spanning more than 25 years.

As a current professional in the IT industry, I’ll break down some possible reasons for this decision, and what we can learn from it.

Searching for the answer

The answer is market share. Google handles 92.24% of web searches — more than 3.5 billion requests a day. Microsoft’s own search engine, Bing, has a paltry 2.29%. 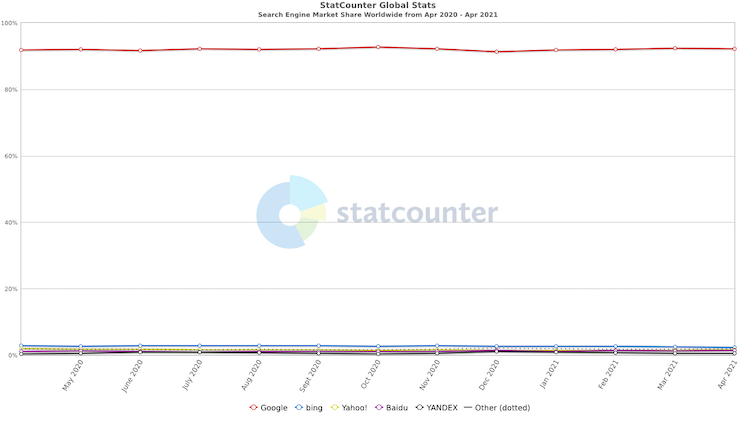 Here’s why Google is synonymous with searching the web. StatCounter

It’s easy to see why users prefer Google’s own web browser, Chrome, over Microsoft’s Internet Explorer, which uses Bing as its default search engine. Users who prefer searching via Google (which is almost everyone) can make Google the default search engine in Internet Explorer. But it’s probably easier just to install Chrome and use Google from there.

Microsoft wasn’t always a bit player. Back when the web was in its infancy, it was a market-leading pioneer. Before there were app stores, or 5G, or even widespread personal computers, there were large mainframe computers with “unfriendly” Unix-based operating systems developed in the 1970s.

These systems were about as bare-bones as you can get, with little consideration given to graphics or usability. Unix’s original web browser, Netscape, was similarly no-frills.

This is where Microsoft came in, by focusing on making “personal computers” more personal. With much nicer designs and more intuitive user interfaces, by the time Internet Explorer launched in 1995, Microsoft had cemented itself at the forefront of the digital world.

You can almost hear the sound of the dial-up modem. Wikimedia Commons

But as US Baptist minister and civil rights leader Benjamin E. Mays famously warned, “The tragedy of life is often not in our failure, but rather in our complacency.”

Having established its reputation, Microsoft stopped pushing Internet Explorer’s development, and started venturing elsewhere, continually improving Windows but not its web browser. From that point on, Internet Explorer was always late to the party in introducing innovations such as tabbed browsing and search bars. It fell further into irrelevance and obsolescence.

Having spent much of my life as a web developer, one of my biggest gripes is the incompatibility of some web browsers. It’s exhausting and demoralising spending hours polishing web pages, only for them not to run properly on some browsers.

This concern even spread to Microsoft’s own in-house developers. In a 2019 blog post titled “The perils of using Internet Explorer as your default browser”, Microsoft’s Chris Jackson warned:

The message was clear: web developers don’t get on well with Internet Explorer, so sites that work well on other browsers might not work here — and that problem is only going to get worse.

With Microsoft having lost interest in making sure Internet Explorer keeps up, it has transferred its attention to its new browser, Microsoft Edge. But the horse may already have bolted. The marketplace is crowded with Google’s Chrome, Apple’s Safari, Mozilla’s Firefox, and numerous open source browsers.

Read more: Battle of the browsers: how the web was won

Here’s another key stat that illustrates Internet Explorer’s decline: in 2020, more than two-thirds of all website visits were via a mobile device.

Now, a browser that can sync across multiple platforms is a necessity. In a world of Apple and Android devices, the term “Windows phone” sounds prehistoric — because it pretty much is. Operating system support for Windows phones ended in 2017, just seven years after Microsoft first launched the range. 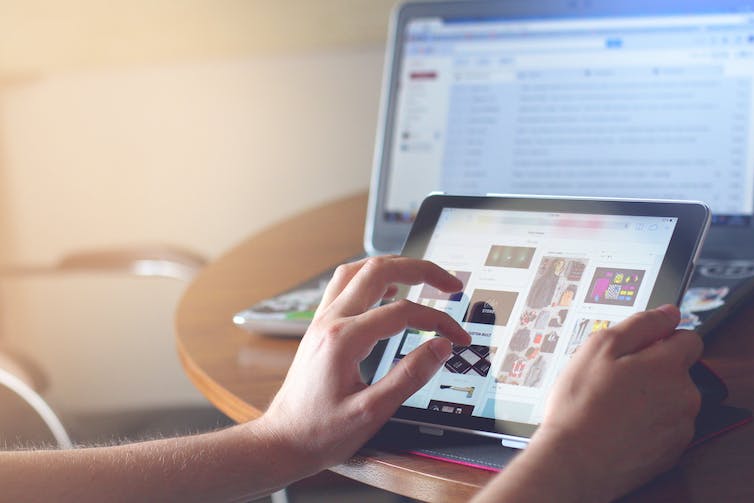 A browser that works seamlessly across a variety of devices is a must these days. Taras Shypka/Unsplash, CC BY-SA

So, having existed since the dawn of the internet age (or least since the internet went truly mainstream), Internet Explorer has failed in many ways to keep up.

Despite the success of its Surface tablets, Microsoft failed to maintain a foothold in the smartphone market, which may explain its unwillingness to keep developing Internet Explorer. Or maybe it’s the other way around, and Internet Explorer’s clunkiness is the reason no one uses a Windows phone.

But the bottom line is Internet Explorer just lacks the versatility needed by web-savvy users. And as of next year, even the non-savvy users will stop relying on it too.

Read more: We spent six years scouring billions of links, and found the web is both expanding and shrinking