When we think of Australia’s threatened corals, the Great Barrier Reef probably springs to mind. But elsewhere, coral species are also struggling – including a rare type known as “cauliflower soft coral” which is, sadly, on the brink of extinction.

This species, Dendronephthya australis, looks like a purple cauliflower due to its pink-lilac stems and branches, crowned with white polyps.

The coral primarily occurs at only a few sites in Port Stephens, New South Wales, and is a magnet for divers and underwater photographers. But sand movements, boating and fishing have reduced the species’ population dramatically.

Recent flooding in NSW compounded the problem – in fact, it may have reduced the remaining coral population by 90%. Our recent research found cauliflower soft coral may become extinct in the next decade unless we urgently protect and restore it. 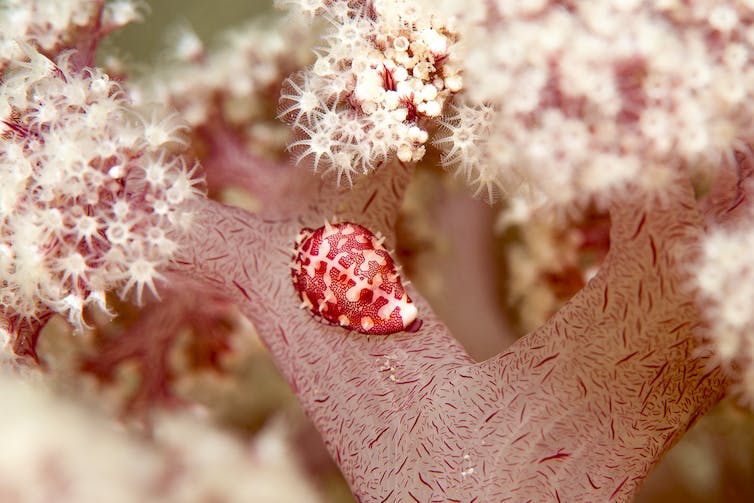 An ovulid on a cauliflower coral colony. Such coral may be extinct within a decade. Author supplied

Cauliflower soft corals are predominantly found in estuarine environments on sandy seabeds with high current flow. They rely on tidal currents to transport plankton on which they feed.

The species is most commonly found in the Port Stephens estuary, about 200 kilometres north of Sydney. It’s also found in the Brisbane Water estuary in NSW, and has been found sporadically in other locations south to Jervis Bay.

The coral colonies form aggregations or “gardens”. At Port Stephens, these gardens are the preferred habitat for the endangered White’s seahorse and protected species of pipefish. They also support juvenile Australasian snapper, an important species for commercial and recreational fishers.

In recent months, the cauliflower soft coral has been listed as endangered in NSW and nationally.

Read more: Marine life is fleeing the equator to cooler waters. History tells us this could trigger a mass extinction event

Scientists first mapped the distribution of the cauliflower soft coral in 2011. They found none of the biggest colonies in the Port Stephens estuary were protected by “no take” zones – areas where fishing and other extractive activities are banned.

In research in 2016, we found a sharp decline in the extent and distribution of cauliflower soft coral.

Our recent study examined the problem in more detail. It involved mapping the southern shoreline of Port Stephens, using an underwater camera towed by a vessel.

We found the cauliflower soft coral in the Port Stephens estuary has declined by almost 70% over just eight years. It now occurs over 9,300 square metres – down from 28,600 square metres in 2011.

Our subsequent modelling sought to identify what was driving the corals’ decline. We found a correlation between coral loss and sand movements over the last decade.

Human changes to shorelines, such as marina developments, have changed the dynamic of currents across the estuary. For example, previous research found a large influx of sand from the western end of Shoal Bay smothered cauliflower soft coral colonies at two nearby locations. As of 2018, those colonies had disappeared completely.

While diving as part of the project, we identified other causes of damage to the coral. Dropped boat anchors and the installation of moorings had damaged some colonies. Others were injured after becoming entangled in fishing line.

It is possible that disease, and pollution or other water quality issues, may also be contributing to the species’ decline. 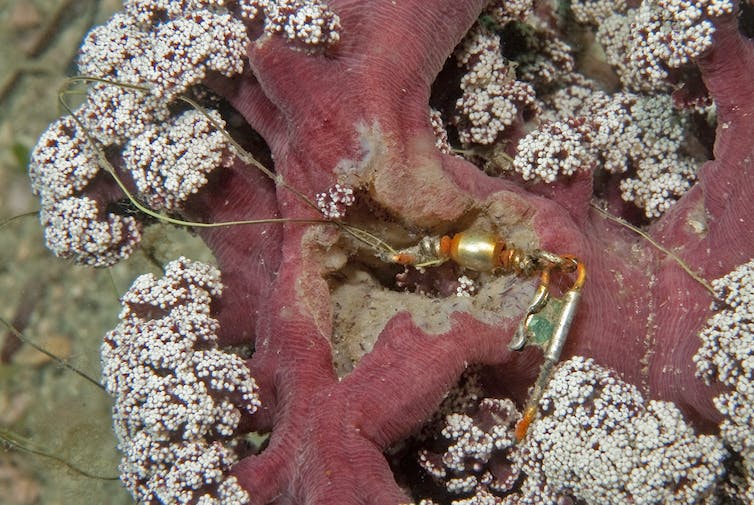 Then the floods hit

Following the floods, we conducted exploratory dives at locations where the cauliflower soft corals had been thriving at Port Stephens. We found much of the coral had disintegrated and disappeared. In fact, we estimated as much as 90% of the remaining cauliflower soft coral population was gone.

We plan to remap the estuary in the coming weeks, and feel confident our initial estimates will be close to the mark. If so, this means less than 5% of the species area mapped in 2011 now remains.

The floods also devastated kelp forests and other canopy-forming habitats in the estuary. Further work by scientists at the NSW Department of Primary Industries is underway to quantify these losses and monitor the recovery. 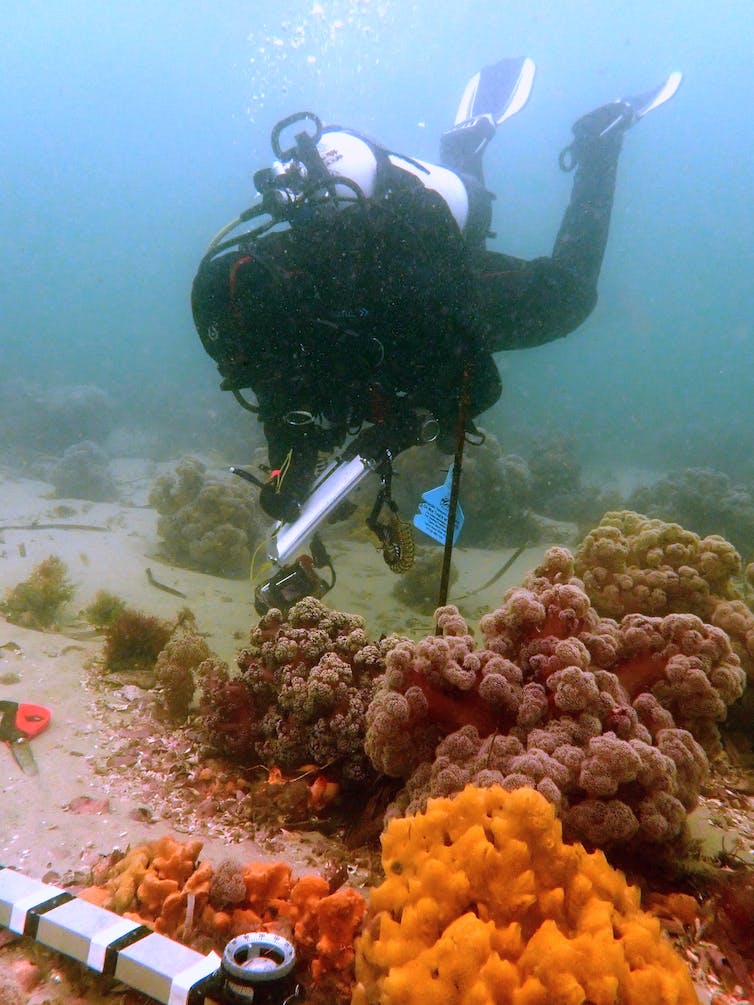 Clearly, action must be taken to reduce threats such as anchoring, fishing, and development that may magnify sand movement.

Best-practice rehabilitation is also needed. This may involve rearing the coral off-site and transplanting it into suitable habitat. Such trials at Port Stephens have shown promising signs.

Human activities are causing species loss at an alarming rate. We must do everything in our power to prevent the extinction of the cauliflower soft coral, and other threatened species, to preserve the balance of nature and its ecosystems.