When your Netflix stream drops out in the middle of a rainstorm, can you blame the wild weather?

Quite possibly. The weather can affect the performance of your internet connection in a variety of ways.

This can include issues such as physical damage to the network, water getting into electrical connections, and wireless signal interference. Some types of connection are more vulnerable to weather than others.

The behaviour of other humans in response to the weather can also have an effect on your connection.

How rain can affect your internet connection

Internet connections are much more complicated than the router and cables in our homes. There are many networking devices and cables and connections (of a variety of types and ages) between our homes and the websites we are browsing.

How do we connect to the Internet?

An internet connection may involve different kinds of physical link, including the copper wiring used in the old phone network and more modern fibre optic connections. There may also be wireless connections involved, such as WiFi, microwave and satellite radio. 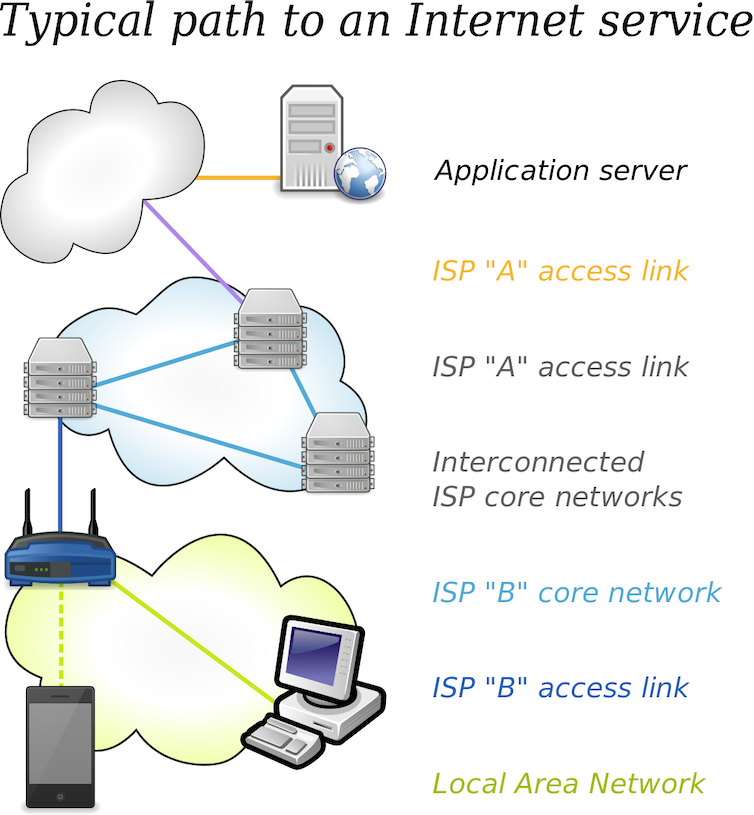 Rain can cause physical damage to cables, particularly where telecommunication networks are using old infrastructure.

ADSL-style connections, which use the old phone network, are particularly vulnerable to this type of interference. Although many Australians may be connected to the National Broadband Network (NBN), this can still run (in part) through pre-existing copper wires (in the case of “fibre to the node” or “fibre to the cabinet” connections) rather than modern optical fibres (“fibre to the home”). 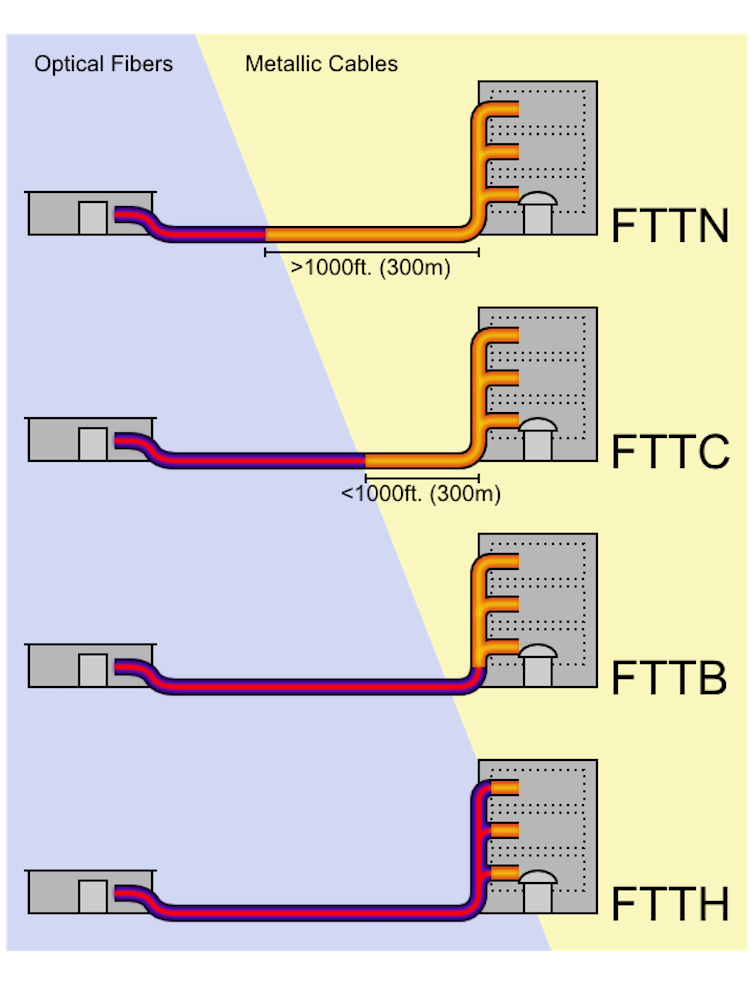 Much of the internet’s cabling is underground, so if there is flooding, moisture can get into the cables or their connectors. This can significantly interfere with signals or even block them entirely, by reducing the bandwidth or causing an electrical short-circuit.

But it isn’t just your home connection that can be impacted. Wireless signals outside the home or building can be affected by rainfall as water droplets can partially absorb the signal, which may result in a lower level of coverage.

Even once the rain stops, the effects can still be felt. High humidity can continue to affect the strength of wireless signals and may cause slower connection speeds.

If you are using ADSL or NBN for your internet connection, it is likely copper phone cables are used for at least some of the journey. These cables were designed to carry voice signals rather than data, and on average they are now more than 35 years old.

Only around 18% of Australian homes have the faster and more reliable optical-fibre connections.

There is also a behaviour factor. When it rains, more people might decide to stay indoors or work from home. This inevitably leads to an increase in the network usage. When a large number of people increase their internet usage, the limited bandwidth available is rapidly consumed, resulting in apparent slowdowns.

Read more: How to boost your internet speed when everyone is working from home

This is not only within your home, but is also aggregated further up the network as your traffic is joined by that from other homes and eventually entire cities and countries.

In Australia, extreme cold is not usually a great concern. Heat is perhaps a more common problem. Our networking devices are likely to perform more slowly when exposed to extreme heat. Even cables can suffer physical damage that may affect the connection.

Imagine your computer fan is not running and the device overheats — it will eventually fail. While the device itself may be fine, it is likely the power supply will struggle in extremes. This same issue can affect the networking equipment that controls our internet connection.

Satellite internet services for rural users can be susceptible to extreme weather, as the satellite signals have to travel long distances in the air.

Radio signals are not usually affected by wind, but hardware such as satellite dishes can be swayed, vibrated, flexed or moved by the wind.

Most of the time, human behaviour is the main cause

For most users, the impact of rain will be slight – unless they are physically affected by a significant issue such as submerged cables, or they are trying to use WiFi outside during a storm.

So, can weather affect your internet connection? Absolutely.

Will most users be affected? Unlikely.

So if your favourite Netflix show is running slow during in rainy weather, it’s most likely that the behaviour of other humans is to blame — holed up indoors and hitting the internet, just like you.

Read more: Internet traffic is growing 25% each year. We created a fingernail-sized chip that can help the NBN keep up