We recently heard a new “hybrid variant” of the coronavirus has been detected in Vietnam, amid a spike in cases in the country.

The variant was originally described as a hybrid of the UK (now Alpha) and Indian (now Kappa B.1.617.1 and Delta B.1.617.2) strains of the virus. But what does this actually mean? And if we look at the science behind virus behaviour, is a hybrid really what we’re seeing?

In virology, the scientific name for a hybrid is a “recombinant”. Recombination is when two strains infect a person at the same time and combine to make a new strain.

This process is common in influenza, where it’s often called an “antigenic shift”.

The major concern with viral recombination is the possibility the new strain will rapidly emerge with advantages of both strains, and you’ll get, for example, a strain that’s both more transmissible and faster at replicating. The same can be true for gradual mutation, but this takes more time.

Emerging evidence suggests coronaviruses can undergo recombination, which may have contributed to the origins of SARS-CoV-2, the virus that causes COVID-19. There’s moderate evidence SARS-CoV-2 itself has undergone some recent recombination, with early reports suggesting a possible recombination event between an Alpha (B.1.1.7) and Epsilon (B.1.429) variant.

It’s important to note these reports are early and some of the science is not yet peer-reviewed. So, the role of recombination in the evolution of SARS-CoV-2 still needs to be confirmed.

Read more: What's the difference between mutations, variants and strains? A guide to COVID terminology 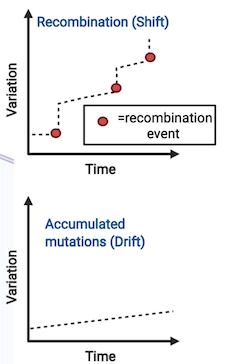 Lara Herrero, Author provided According to early reports from the World Health Organization (WHO), genetic sequencing is now showing the strain circulating in Vietnam is a Delta strain that has developed some additional mutations. Scientifically, and according to the WHO, this means it’s not a “hybrid” at all. Rather, it’s a mutated version of the Delta variant. The Delta variant was originally detected in India and has since spread around the world, including to Australia. Early reports suggest it’s more transmissible and possibly more deadly than other variants, leading health authorities, including in Vietnam, to be on high alert. We don’t yet know the details of which extra mutations are found in the Vietnam version of the Delta variant. But we have seen this phenomenon before, where mutations known in one variant are reported as accumulating in a different SARS-CoV-2 variant. 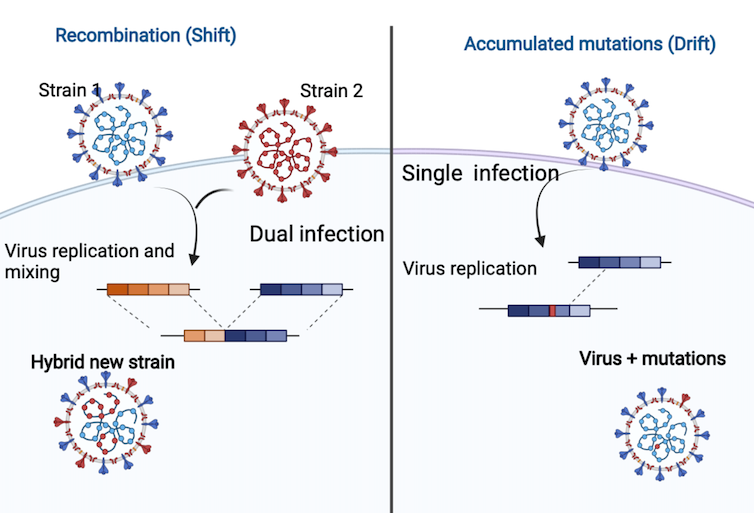 Recombination is when two strains of a virus infect a person at the same time and combine to form a new strain. Lara Herrero, created using BioRender, Author provided What we know, and don’t know Late last month, Vietnamese health officials reported this so-called hybrid variant circulating was very dangerous and more transmissible than other strains of the virus. They said it was behind the surge in infections Vietnam experienced during May. These initial reports were based on clinical observations. Whether this mutated variant is more infectious, and the degree to which it can be implicated in Vietnam’s current surge of infections, is not yet certain. Read more: What's the Delta COVID variant found in Melbourne? Is it more infectious and does it spread more in kids? A virologist explains When someone is diagnosed with COVID-19, it’s not always common to perform whole-genome sequencing on their viral sample. It’s often an expensive and time-consuming process undertaken by public health officials, epidemiologists and virologists to understand and predict the movement of an outbreak. This means not all countries will have the capacity to rapidly provide whole-genome SARS-CoV-2 sequences. So the exact details of what strain is circulating where will always come after reports of case numbers. It’s likely we don’t yet know if this altered Delta strain is the predominant one circulating in Vietnam. Vietnam has either not yet conducted full analysis of genomic data from enough patient samples, or is yet to make this information publicly available. Additionally, we don’t yet know whether this mutated variant is more transmissible or causes more severe COVID-19 than the Delta variant or the original SARS-CoV-2. We also don’t know whether it will affect how well COVID vaccines work. To answer these questions, we’ll need more detailed genomic data, time to see how things play out in the community, as well as data from scientific and clinical studies involving people infected with this variant. 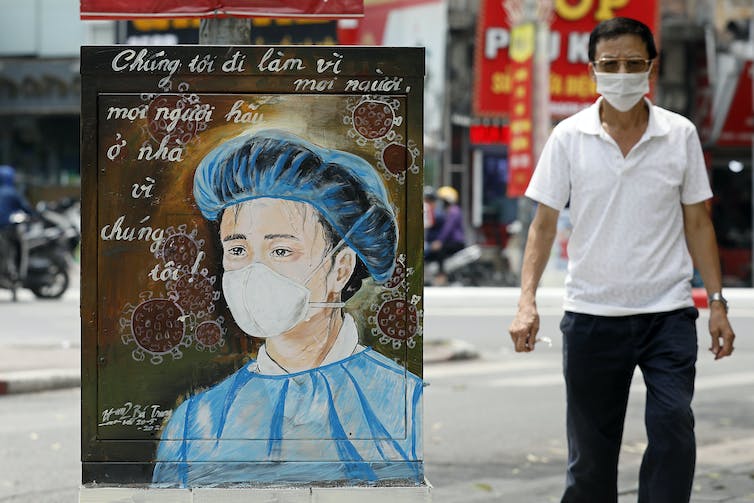 There’s a lot we’re yet to understand about this variant supposedly circulating in Vietnam. Luong Thai Linh/EPA New names As the COVID-19 pandemic continues to evolve, so too do the SARS-CoV-2 strains driving the chaos. Initially reports focused on the “UK variant” or the “Indian variant”, and so on. Recognising the need for a universal naming system, the WHO has assessed the genomic classification of strains and provided new, more general names based on the Greek alphabet. This list includes both “variants of interest” and “variants of concern”. While Delta is classified as a variant of concern, this altered Delta variant detected in Vietnam is not listed at this stage. To be considered as a new variant of the virus, or strain, a variant needs to show distinct physical properties, and therefore behave differently, from the original virus or an existing strain. From the WHO’s perspective, this doesn’t appear to be the case for the mutated Delta strain. At least not yet. Read more: Coronavirus variants have new names: we can finally stop stigmatising countries A stark reminder Vietnam was a country that prided itself on containing the virus, with initial success in border control and public health measures. This resulted in periods without community transmission. At the moment, it’s recording more than 200 new cases a day (on June 10 there were 413). Hybrid strain or not, Vietnam’s situation should be a reminder to the world — and particularly countries like Australia, with a similarly good track record in containing the virus — of the continued importance of social distancing and vaccination in our fight against COVID-19.