The implosion of Australia’s corporate watchdog, the Australian Securities and Investments Commission, under the federal government’s new directions, has gone from tragedy to farce.

ASIC was described as “weak, hesitant and timid” in a 2014 Senate review of its performance. To be fair, that was before ASIC’s current leadership. Now any assessment could add “dazed and confused”.

Last week we got a dose of that in the doublespeak of ASIC’s new chair Joseph Longo and deputy chair Sarah Court in their “first significant media interview” — with the Australian Financial Review.

The pair were asked about ASIC’s commitment to the “why not litigate?” approach recommended in 2019 by the Hayne royal commission into misconduct in the financial services industry.

Following the litany of revelations where the corporate regulator had failed to take action against illegal behaviour, royal commissioner Kenneth Hayne made it clear that when ASIC saw a law broken, its obligation, in deciding on a response, was to first ask itself “why not litigate”?

“I love litigation,” Longo told the AFR. “It’s what I used to do and Sarah is an expert at it.”

But in the same interview Court — ASIC’s head of enforcement — said the why-not-litigate strategy “has had its day”.

Confusion is to be expected when a regulator is told to both enforce and refrain from enforcing the law — which is effectively what the federal government did last month in the “statement of expectations” it handed ASIC.

The previous statement, issued in 2018, began with acknowledging “the independence of ASIC and its responsibility for market conduct regulation”.

The new statement begins by saying ASIC is expected to “identify and pursue opportunities to contribute to the Government’s economic goals”.

ASIC accepted the banking royal commission’s why-not-litigate recommendation in 2019. But the federal government’s view of this was underlined last Friday when Longo fronted the House of Representatives’ standing committee on economics.

The committee’s chair, Tim Wilson, slammed the “why not litigate” approach as binary, wrong-headed and farcical. He also disputed that ASIC was too close to regulated companies, despite the overwhelming evidence to the contrary. 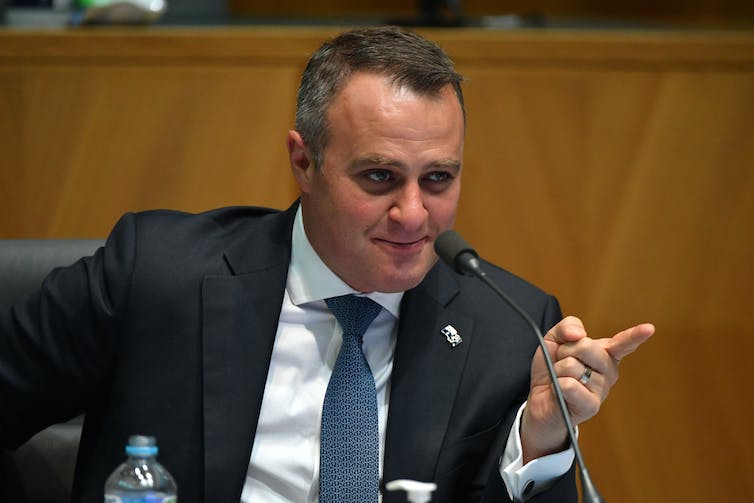 The answers Longo and Court gave the AFR also suggest ASIC is backing away from the Hayne royal commission’s recommendation on “enforceable undertakings” — by which transgressors negotiate a settlement without an admission of wrongdoing.

A regulator might think using enforceable undertakings was better than taking a company to court, Commissioner Hayne said in his final report.

But that view cannot be formed without having first given proper consideration to questions of deterrence, both general and specific. A regulatory response to a breach of law that does not deter, generally and specifically, will rarely be a more effective regulatory outcome.“

Court, however, told the AFR:

The impression gained is of an attempt to pay some lip service to the royal commission but also demonstrate fealty to the federal government.

Last week the Federal Court fined Westpac A$10.5 million for deceptive behaviour towards members of the Westpac-owned BT Superannuation Fund - a ruling stemming from litigation initiated by ASIC in 2016. This is the same BT ordered two weeks ago by the Australia Prudential Regulatory Authority to advise about 500,000 members of its Retirement Wrap fund that they should leave the fund, so bad have their returns been.

In his judgement, Justice Michael O'Bryan criticised Westpac for failing to fix its compliance failures, tardiness in compensating customers and lack of apology: "Westpac has not expressed regret for the conduct, does not appear to have taken steps to remedy the compliance deficiencies and has been tardy in progressing a remediation plan.”

At least, though, ASIC litigated against Westpac — successfully pursuing an appeal when it lost its first case. What chance would there be of achieving a fair outcome for consumers from a “no-regrets Westpac” had it not gone to court? Not much.

Australia’s battered and bruised financial consumers have every right to say to the regulator, and the government: enforce the law, or get out of the way.