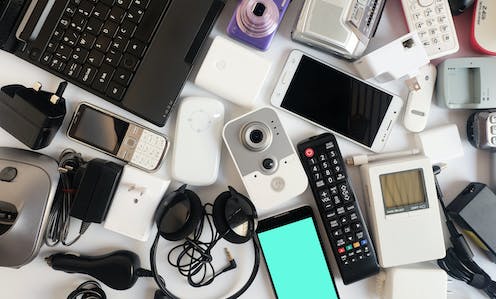 2021 has been a milestone year for advocacy for a right to repair. In November, Apple announced its Self Service Repair program, through which it will offer parts, tools and manuals for consumers to repair their iPhones.

The announcement was cautiously welcomed by advocates, who have highlighted the company’s lacklustre record on repairability, and monopolistic strategies that force consumers to seek repairs at registered outlets.

The Australian Productivity Commission has also released the findings of a major inquiry that found “significant and unnecessary barriers” to consumers’ right to repair. It has recommended a range of measures on this front.

So what is a right to repair? And to what extent do the new recommendations address consumers’ rights, and manufacturers’ responsibilities?

The Right to Repair movement

Over the past decade, a coalition of tech entrepreneurs, farmers, repair enthusiasts, vehicle owners, designers and environmentalists have formed a global Right to Repair movement. They argue that a right to tinker is essential to owning technological devices.

The movement pushes against barriers such as commercial strategies that limit spare part availability, proprietary fittings, confusing warranty conditions and the increasing sophistication of products. Repair is also increasingly recognised as an urgent response to reducing global e-waste.

The commission has stopped short of recommending a clear “right to repair”, which advocates may see as a missed opportunity.

That said, many recommendations have significant potential to ensure consumers are provided durable products in the first place, or can get them repaired, replaced or refunded under existing Australian Consumer Law consumer guarantees. If enacted, consumers will likely benefit from requirements for:

The proposed product labelling scheme would be particularly useful on bigger-ticket products such as washing machines. Properly implemented labels would allow consumers to compare products based on durability before buying them – similar to labels disclosing a product’s electricity or water-use efficiency.

Another significant set of recommendations would make it much easier for consumers to enforce their existing rights. This includes the introduction of more dispute resolution options as alternatives to making complaints directly to a court or a tribunal. They propose:

There were also positive proposals for independent repairers, particularly in removing certain barriers to repair posed by the Copyright Act. The commission recommended a “fair dealing” exception that would allow repairers to copy and share repair information, as well as a ban on contractual terms that attempt to restrict these rights.

Concerns raised about premature obsolescence in devices were doubted, and the commission didn’t support proposals to directly prevent this. It also wasn’t convinced competition in repair markets other than agricultural machinery were being hampered by manufacturer restrictions.

Read more: Are our phones really designed to slow down over time? Experts look at the evidence

In the context of the international debate on the right to repair – which has centred on farmers’ rights to fix their tractors – the most radical proposal has been for the agricultural machinery repair market.

The commission recommended mandatory access to repair information and diagnostic software tools for all owners and repairers in this market “on fair and reasonable commercial terms”.

The agricultural machinery repair market has long been a battleground in the right to repair debate. Shutterstock

E-waste and the climate transition

Importantly, the commission considered right to repair issues in the context of wider e-waste concerns. Here the recommendations were that:

A striking feature of the report is the relatively brief treatment of “green” technologies. It notes the growing significance of solar waste, and that solar panels and lithium-ion batteries nearing their end of life will likely generate significant e-waste in coming years. Yet no specific recommendations are made for rights to repair renewable technologies.

It also had little to say about electric cars, despite the acknowledged repairability issues in the electric vehicle market.

Overall, the recommendations will help propel debate on the right to repair. But focusing on encoding these rights in already established sectors risks obscuring important repair issues associated with transitioning to climate-friendly technologies.

These problems will only become more obvious, as more households adopt rooftop solar and electric vehicles become the norm.

Read more: As the world surges ahead on electric vehicle policy, the Morrison government's new strategy leaves Australia idling in the garage