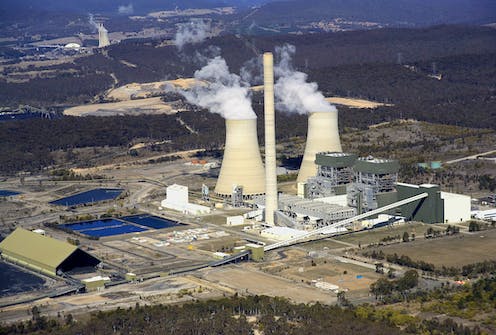 Australia’s electricity generators would be paid extra money to be available even if they don’t actually generate any energy, under a new mechanism proposed by the federal government’s Energy Security Board (ESB).

Controversially, the ESB has recommended all generators be eligible for the payment, including ageing...

Australia’s electricity generators would be paid extra money to be available even if they don’t actually generate any energy, under a new mechanism proposed by the federal government’s Energy Security Board (ESB).

Controversially, the ESB has recommended all generators be eligible for the payment, including ageing coal-fired generators that are increasingly breaking down.

The proposal comes after federal and state ministers last week requested the ESB advance its work on a “capacity mechanism … to bring on renewables and storage”. The ESB says a mix of generators is crucial for the mechanism to be effective, guaranteeing energy supply to the grid.

So will this capacity mechanism lower energy prices for households? Probably not, because it includes unreliable coal-fired power stations, and consumers are likely to pick up the cost when the plants ultimately fail.

The electricity market is in crisis

Wholesale electricity prices have surged due to two main factors: high coal and gas prices (driven by Russia’s invasion of Ukraine) and roughly one in four coal power stations being out of action at various times in the past few weeks.

The coal stations are unavailable because of maintenance as well as the sudden exit of 3,000 megawatts of power due to breakdowns, with almost all Australian coal-fired power stations now older than their original design life.

The Australian Energy Market Operator has suspended the market in response to the crisis, and it’s unclear when it will restart.

Read more: Australia's National Electricity Market was just suspended. Here's why and what happens next

Under the temporary system now in place, generators provide their availability and the market operator tells generators when to run to ensure secure supply. Market prices are then fixed at the past 28-day average for that hour of the day, between A$150 and $300 per megawatt hour.

If generation costs are higher, power station owners can apply for additional compensation, which will be later recovered from consumers. Unfortunately, this means all electricity customers will effectively subsidise the companies that own the unreliable coal generators that caused this crisis.

Would a capacity market have helped avoid this crisis?

The short answer is no. The long answer is actually worse: a capacity market is likely to cause further crises such as the one we’re currently in.

The ESB suggests that selling “capacity certificates” three or four years in advance will mean coal generators will signal when they intend to close. But coal generators are unlikely to face penalties if they don’t turn up when needed - they will just hand back the extra payments they’ve received.

This sort of arrangement is what economists call a “free option” - it costs nothing to participate. If the coal stations fail to deliver, as they have done over the last two months, it will be left to consumers to deal with the consequences.

By including all existing generators (including coal), a traditional capacity market is actually more likely to delay investment in new, fast-start, dispatchable technologies (such as batteries, pumped hydro and hydrogen-ready gas turbines) than accelerate them, as ministers want.

Indeed, ESB’s recommendation is already looking difficult to implement. Federal Energy Minister Chris Bowen says it will be up to the states to choose which generators are eligible, and Victoria has already said fossil fuels will not be.

Any capacity mechanism needs to have a solution to unexpected and sudden shortfalls of capacity.

The ESB has noted the biggest risk to consumers is that coal will exit suddenly with little warning because it is old and prone to breaking down. This has been a significant contributing factor to the current crisis.

It also drove higher prices in 2017 when Hazelwood suddenly closed without sufficient time for investment in new capacity to be brought online.

The market operator didn’t foresee any reliability problems less than two months ago - and neither did anyone in the market. The ESB’s proposed capacity market would have implicitly recommended less capacity in the system.

A capacity mechanism needs to create a reserve

Under a capacity reserve, governments could provide payments only to new, modern, reliable, fast-start, firm capacity such as batteries, hydrogen-ready gas turbines and pumped hydro. This could be brought into a “waiting room” and held until it’s needed.

Importantly, consumers would only be paying for new generation, not coal-fired power stations. This will cost less, and is the only way to provide the insurance the market needs.

We already have the tools in place

Several years ago, the ESB introduced the Retail Reliability Obligation, which requires retailers to hold contracts with generators for their share of peak electricity demand. This is intended to encourage retailers to plan ahead.

The Retail Reliability Obligation framework could be modified to address situations such as what we’re in now.

This would be better than today, where the operator’s costs are recovered from all electricity consumers.

Read more: In an energy crisis, every watt counts. So yes, turning off your dishwasher can make a difference

By strengthening price signals and building some reserves, we can help prevent future crises and deliver what ministers have rightly requested: a smooth pathway to more renewables and storage.

It’s also worth remembering coal-fired generators received a windfall of up to $5 billion under the Clean Energy Future package in 2012. How much more money do coal generators need from taxpayers and energy consumers to simply do the right thing and make their plant reliable? Or to shut it down with sufficient notice to allow new capacity to be built?