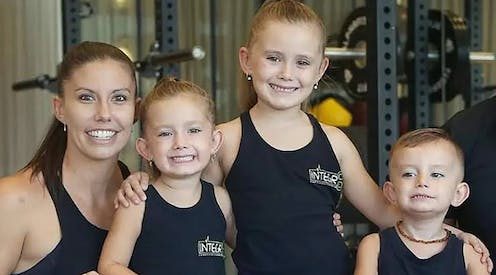 In 2020 the killing of Hannah Clarke and her three children – Aaliyah, 6, Laianah, 4, and Trey, 3 – by her former partner Rowan Baxter, horrified the nation. It prompted significant calls for urgent action on violence against women and improved recognition of coercive control as a leading precursor to intimate partner femicide.

Advocates, including Hannah Clarke’s parents, have campaigned for the introduction of coercive control as a stand-alone criminal offence.

Yesterday, the findings of the coronial inquest into these deaths were released. They are a clear reminder that men’s violence against women is a national crisis and system reform is urgent.

Here’s what the inquest found, and what systemic changes are needed.

The 2020 killing of Hannah Clarke and her three children – Aaliyah, Laianah and Trey – horrified the nation. AAP Image/Dan Peled

We must not accept the killing of women as inevitable

I find it unlikely that any further actions taken by police officers, service providers, friends or family members could have stopped Baxter from ultimately executing his murderous plans.

This endorses a key message from recent inquiries at state and national levels of the need to increase perpetrator accountability at all points of the system.

However, we cannot accept as inevitable the status quo that one woman in Australia is killed every nine days by a current or former partner.

Violence against women is preventable. Baxter’s actions reaffirm the well evidenced fact that men who commit intimate partner femicide rarely do so “out of the blue”.

Rowan Baxter had a history of violence. The inquest findings document how, in the period prior to his “final act of cowardice”, Baxter:

The inquest also revealed that in his relationship with Hannah, Baxter had used reproductive coercion, technology-facilitated and image-based abuse among other forms of intimate partner violence.

Numerous Australian death reviews have found the period of relationship separation, histories of coercive and controlling behaviours, and interactions with the family court system are well recognised precursors to intimate partner femicide.

Victim survivor advocates have repeatedly said they are best placed to assess their risk.

The inquest showed Hannah Baxter had been in contact with police and had expressed her concerns to family and friends.

It exposed a system not built to effectively deal with men’s violence against women, or to contextualise every system interaction in a broader pattern in order to reveal the real risk to women and children.

Read more: 'All these people with lived experience are not being heard': what family violence survivors want policy makers to know

The need for whole of system reform

The coroner made recommendations to improve policing, child safety, and service system responses, including:

The recommendations stress the importance of multidisciplinary responses and show working in silos is ineffective.

There has been considerable recent reform in Queensland and across other states and territories.

This includes legislation designed to enhance domestic violence risk assessment and management practices, and to introduce information-sharing schemes essential to a whole-of-system response to domestic violence.

Victoria’s information-sharing system seeks to ensure risks are kept in full view across all parts of the system.

This aims to ensure that when women interact with various agencies, their experiences of an abuser’s violence are shared among professionals tasked with assessing and managing risk.

The inquest findings provide a clear reminder as to why effective risk assessment and information sharing are essential components of an effective whole-of-system response to domestic violence.

Hannah Clarke’s parents have campaigned for the introduction of coercive control as a stand-alone criminal offence. AAP Image/Jono Searle

Read more: There's $1.3 billion for women's safety in the budget and it's nowhere near enough

We must recognise children as victim-survivors in their own right

there was no real assessment of risk of harm to the children by QPS [Queensland Police Service] or Child Safety Officers – the only assessment was that Hannah was able to care for them.

This finding is critical.

Yet in Australia, one child is killed almost every fortnight by a parent.

While children are typically treated as an extension of their primary carer, the risks children face must be identified and addressed in their own right.

Victoria is presently developing a child and young person-specific risk assessment and management framework, as part of reforms stemming from the Victorian royal commission into family violence.

But in most Australian states and territories, the risks specific to children go unaddressed.

An urgent need for sustained national and state action

The inquest findings are a stark reminder of the horrific cost of men’s violence against women in Australia and the need for urgent action.

With a new federal government in place, and the expected imminent release of the next National Plan to End Violence against Women and Children (as the old one is due to expire today), we now need a whole-of-government commitment to addressing all forms of men’s violence.

The draft National Plan (which replaces the one about to end) sets out a commitment to address prevention, intervention, response, and recovery. Encouragingly, this draft plan provided a much-needed commitment to recognising children as victim-survivors in their own right.

As the next National Plan comes into place, we need to focus on delivering the evidence-based recommendations of recent inquiries, commissions and consultations. Critically, we also need a transparent approach to monitoring progress.

We must not wait for the inevitable findings of the next inquest.

A bold national commitment is needed now. We sorely need a new national plan, matched by a resourcing commitment at the state and national level that befits the depth of the crisis.