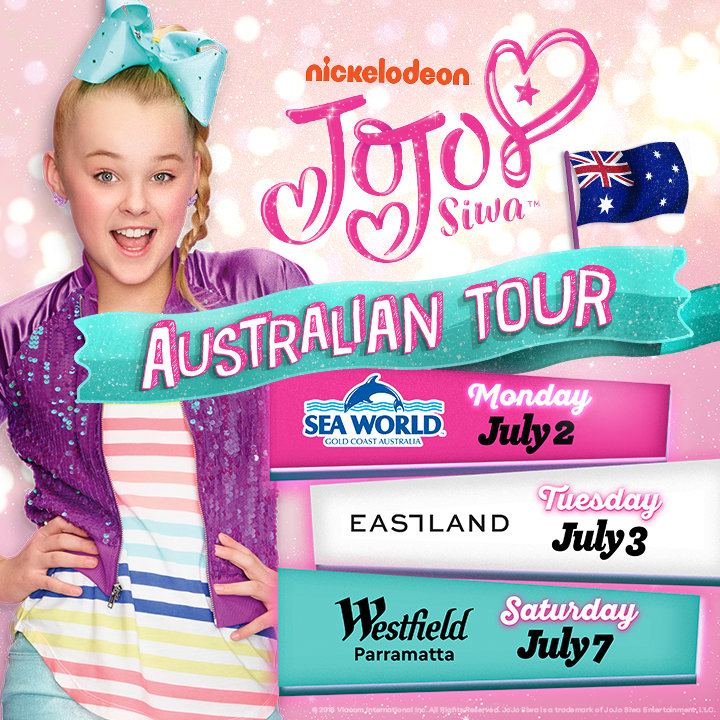 JoJo Siwa is a Nickelodeon and social media superstar, with over 1.4 billion views on her YouTube channel and over 6.9 million followers on Instagram. JoJo is renowned for spreading positivity and anti-bullying messages, particularly via her song Boomerang, which has attracted 526 million views on YouTube and has been streamed over 9 million times on Spotify. JoJo is a familiar face to Nickelodeon Australia viewers as the hype girl of Lip Sync Battle Shorties and guest roles in hit shows The Thundermans and School of Rock.