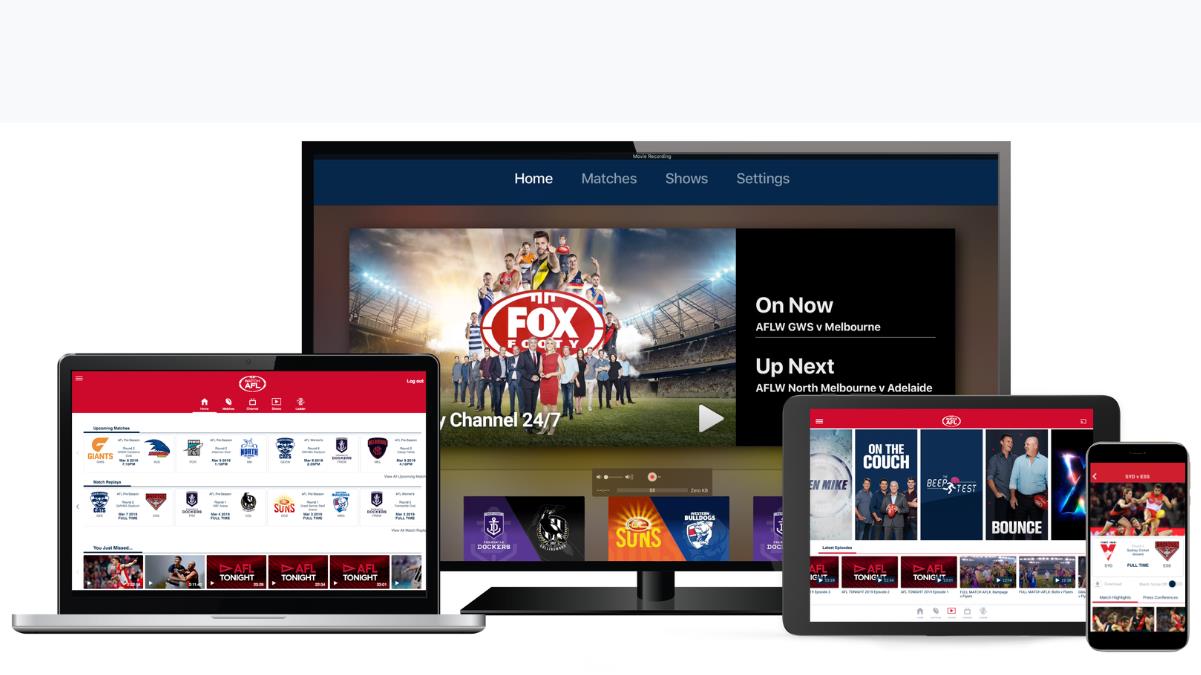 With both codes kicking off this month (NRL on 14 March and AFL on 21 March), fans living abroad or planning to travel overseas will be able to watch every AFL and NRL match, plus the finals series and Grand Final, Live and On Demand.

Subscribers to WatchNRL will also be able to watch the epic, annual clash between the NSW Blues and QLD Maroons in all three State of Origin matches LIVE – plus gain access to FOX LEAGUE channel content, Australia’s only dedicated  Rugby League channel, which includes favourite league shows like, The Late Show with Matty Johns, NRL 360 and the award-winning League Life.

WatchAFL subscribers will get every AFL match live, plus favourite AFL entertainment shows like AFL 360 and On the Couch, plus be able to keep up to date with the latest in breaking AFL news via Australia’s only dedicated 24/7 Aussie Rules channel, FOX FOOTY.

Thanks to features like instant full match replays, and ‘hide scores’, fans have the ability to choose when and where they want to start watching, without any spoilers, so they can watch as if it were live.

In 2018, almost one millions hours were viewed on WatchNRL outside Australia. The UK, USA,Thailand, Singapore and Indonesia were leading the viewing of Rugby League outside Australia and New Zealand and certain Pacific Nations. For WatchAFL, the top five countries watching included: USA, UK, Thailand, Canada and Indonesia with over two million hours of AFL being watched overseas.

WatchNRL is available at www.watchnrl.com, via the WatchNRL mobile and tablet apps for iOS and Android or through screens with Airplay or Chromecast enabled for WatchNRL. First-time subscribers who sign up any time before 21st March 2019 with get the first two weeks free.

WatchAFL is available at www.watchafl.com, via the WatchAFL mobile and tablet apps for iOS and Android or through screens with Airplay or Chromecast enabled for WatchAFL. First-time subscribers who sign up any time before 28 March, 2019 will get the first two weeks free.

Fans also have the flexibility and freedom with their sign up, with options between a weekly, monthly and 12-month subscription.