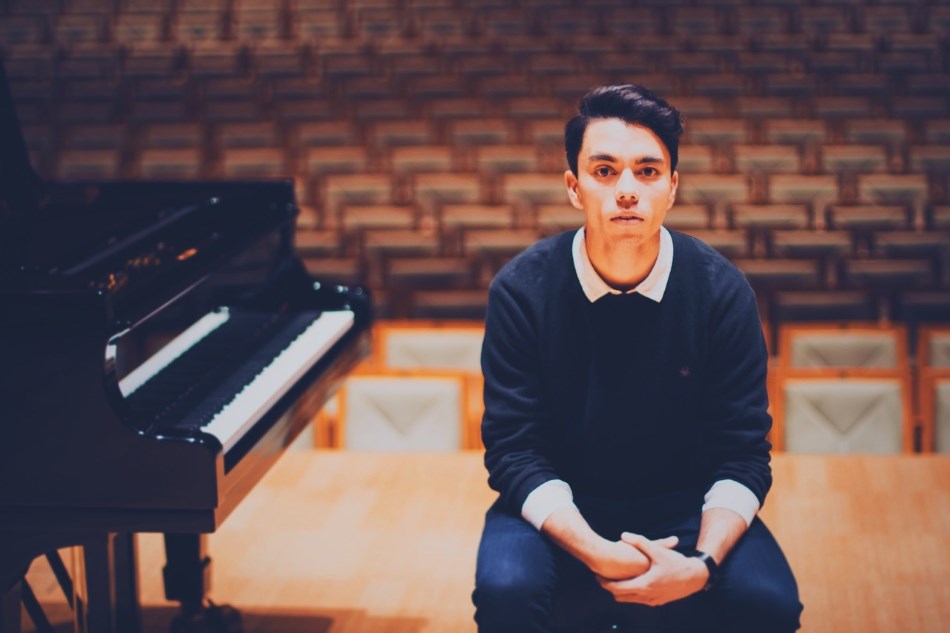 He almost became a chef, but thankfully creating incredible music won out over incredible food, and audiences all over the world are forever grateful.

Introducing 25-year-old Brisbane-born composer – Connor D’Netto, unveiled today as this year’s Composer-in-Residence for the internationally famed Australian Festival of Chamber Music (AFCM) – and the youngest in the 29-year history of the event!

Under the leadership of acclaimed pianist and Artistic Director Kathryn Stott, the AFCM this year will feature five world premieres and five Australian premieres from composers around the world, and 40 of the best chamber musicians on the planet – including 15 international artists, five of whom are performing in Australia for the first time, and with D’Netto as the Composer-in-Residence, also at the festival for the first time

Taking over Townsville for 10 days of world-class music making from Friday 26 July to Sunday 4 August, the AFCM will celebrate music from over 80 composers, 21 of whom are alive today. World premieres by D’Netto and fellow Australian composer Jessica Wells will feature.

“Over the moon is an understatement!” he said when describing his appointment as Composer-in-Residence. “It’s such an honour to be taking up this residency, one that has been held by some of Australia’s most celebrated composers whom I admire greatly. It’s such an incredible opportunity to work with so many of the world’s best soloists and chamber musicians, and I’m also really looking forward to working with the students at the Winterschool.”

Currently based in London studying his Master of Music at the Royal College of Music, D’Netto is proudly Brisbane born and bred – having lived at Wishart until his move to the UK capital in 2017.

And he is excited about the year ahead, one which sees world premieres of his works around the globe.

Already he has composed a new piece for leading Australian songstress Katie Noonan for her upcoming album with the Australian String Quartet, The Glad Tomorrow, which sets the searing poetry of Australian writer and activist Oodgeroo Noonuccal to music (the album was recorded a few weeks ago and will premiere during the Queensland Music Festival in July).

He is also co-writing a ballet with fellow musician Matthew Lomax in London called Non-Place. A 50-minute work for dancers, chamber orchestra, electronics and visuals, inspired by French anthropologist Marc Augé’s writings on transience, anonymity and out-sense of individuality in public spaces, it’s a collaboration with London’s Central School of Ballet. To premiere on April 26 at the Britten Theatre, the score will be performed by chamber orchestra Cats Cradle Collective and conducted by António Breitenfeld Sá-Dantas – with both Matthew and Connor performing the electronics and visuals.

As for his musical muses and mentors, D’Netto says it’s a moving feast!

“If you asked me a couple of years ago, I’d have said the likes of John Adams and Steve Reich, a few years before that I’d say Barber, Bartok, Stravinsky, and before that it would have been some musical theatre composers, Jason Robert Brown for example, and film composers like Hans Zimmer. Now? Having fairly recently worked with Bang On A Can, I’m incredibly inspired by the work and works of Julia Wolfe, David Lang and Michael Gordon. Other contemporary composers include Unsuk Chin, Nico Muhly, Caroline Shaw, Kaija Saariaho and Donnacha Dennehy.”

“I also get as much from “popular” music artists as I do “classical composers” – from artists like Troye Sivan, Haim, Local Natives and CHVRCHES, to Sufjan Stevens, Blood Orange and Knower, bands like Palm, Grizzly Bear, Radiohead and Foals, and electronic artists like Kaitlyn Aurelia Smith, Autechre, Floating Points and Rival Consoles. And of course, where would I be without my composition teachers over the years, Stephen Stanfield, Robert Davidson and William Mival.”

The 29th AFCM takes place in Townsville from Friday 26th July to Sunday 4th August and features 22 concerts, five free events and three special events including an extraordinary concert on Orpheus Island and one on Magnetic Island. The program includes six morning Concert Conversations, the Sunset and Evening Series concerts, inspirational Winterschool masterclasses and performances as well as a new time and format for the entertaining Cleveland Bay Concert.  Under the leadership of acclaimed Artistic Director Kathryn Stott, the event will feature five world premieres, five Australian premieres and 40 of the best chamber musicians on the planet – including 15 international artists, five of whom are performing in Australia for the first time.

Connor D'Netto is a composer of contemporary classical music, described as "the model contemporary Australian composer" by ABC Classics. His music has been commissioned and performed across Australia and the world and in July this year, it will star at the Australian Festival of Chamber Music.

In 2017, he was selected for a fellowship with the prolific New York new-music collective Bang On A Can. His music was featured at Bang On A Can's Summer Music Festival at the Massachusetts Museum of Contemporary Arts (MASS MoCA), having travelled to the USA to take part in a three-week residency with the ensemble.

Two years before that, he was named winner of Chamber Music Australia’s Australian New Works Award, with his winning work, String Quartet No. 2, becoming the set work in the finals of the 7th Melbourne International Chamber Music Competition at the Melbourne Recital Centre. He has also been awarded an APRA Art Music Fund Award 2018, the Brisbane City Council’s Lord Mayor’s Young and Emerging Artists Fellowship 2018, a Brisbane Arts and Cultural Innovation Award 2017, the Percy Brier Memorial Composition Prize 2016, and the Donald Tugby Musicology Prize and Scholarship 2015.

He is also the artistic director, producer, and co-founder of the Brisbane-based contemporary classical concert series “Argo” and in 2018, was shortlisted as a finalist in the APRA AMCOS Art Music Awards in the “Excellence by an Individual” category for his artistic direction of Argo throughout its 2017 Concert Season.

As a performer, Connor is one half of “We Are Breathing” alongside American cellist Ben Baker. After the pair met in July 2017 when both were artists-in-residence at the MASS MoCA, they sought to collaborate on a project bringing together their various musical backgrounds spanning classical, folk and electronic music, their love of diverse musical styles from minimalism, electronica, alt-rock and jazz, and their drive to create art that breaks down the barriers between genres and audiences.

Connor is a trained classical bass, also a talented photographer, videographer and visual-artist, creating and shooting not only material for his music, but also for a number of other artists and musicians. He has a Bachelor of Music (Honours), graduating with First-Class Honours in 2016 from the University of Queensland. Connor is a Tait Trust Scholar at the Royal College of Music, where he is completing his Masters, with his studies further supported by the Australian Music Foundation Award, the Brisbane City Council Lord Mayor’s Young and Emerging Artists Fellowship, the Tait Performing Arts Association, a Churchie Foundation Scholarship, The Julian Baring Award and by the Big Give Campaign at RCM.

International Artists of the 2019 AFCM

Australian Artists of the 2019 AFCM

AFCM Friends have been able to purchase tickets since 3 December. The AFCM Friends program is new to 2019 – join now at afcm.com.au/friends.