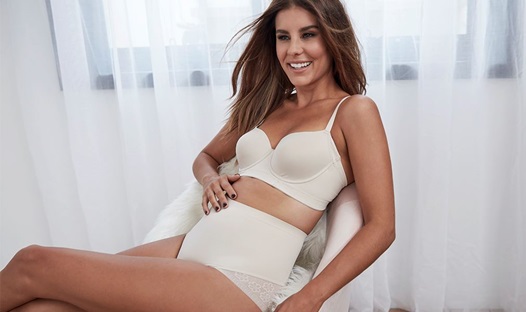 With spring racing and the festive season around the corner, Hush Hush has been designed for the stylish, confident Aussie woman looking for a little bit of glamour and extra shape, introducing luxurious fabrics and finishes to bring shapewear to a new generation of Australian women.

“Having the right undergarments is a game-changer to perfecting your outfit and allows every woman to feel confident, alluring, sexy and beautiful in themselves,” he said.

“Ultimately, our creative inspiration is driven by our audience and a desire to express themselves, feel comfortable and look impeccable,”  says Derham Moss.

“Hush Hush is beautiful, glamorous shapewear which I’m super excited  to bring to the public – finally, shapewear that isn’t daggy!” she said.

“Their products are incredibly stylish, so I can wear them under a red carpet  dress, but they’re comfortable enough that I can wear them around the house, Hush Hush makes me feel confident, carefree…and a little bit sexy,” she said.

Hush Hush is a brand designed by women, for women who understand that amongst the chaos of a busy lifestyle, a little luxury in your everyday can go a long way in encouraging confidence and positivity. It is this ethos that stands as the centre point of Hush Hush’s future design and drive as they continue to deliver on its promise of creating alluring and supporting shapewear for Australia and beyond.

Stocked in over 120 boutiques including The Iconic and Myer Market Place, Amazon Australia and on the Hush Hush website, www.hushhush.com.au

About Hush Hush: As the brainchild of Australia’s most-trusted intimates label, Slim Form Australia, Hush Hush benefits from over 60 years of industry knowledge and experience in its parent company. The Hush Hush Head Offices are located near the centre of the old Australian Knitting Mills in Richmond, Melbourne, a site with over 100 years of rich intimate apparel history in Australia.