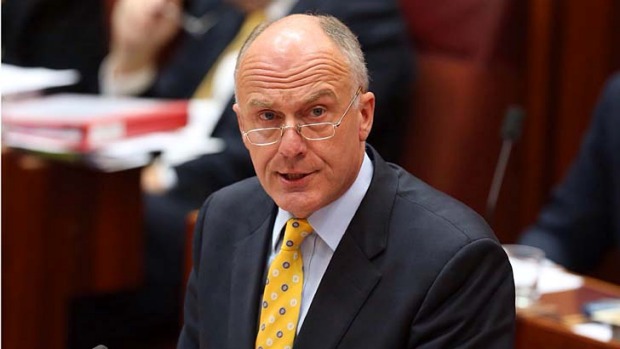 Despite Labor’s best efforts in hyping up the so-called “au pair” Senate inquiry, the farcical and shambolic witch-hunt has come up with nothing except findings that mirror the Labor Party’s initial talking points according to Liberal Senator Eric Abetz.

As highlighted in the Dissenting Report from Senators Abetz and Macdonald tabled in the Senate this afternoon, the undisputed evidence provided to the Senate Committee was very clear:

“While Labor Senators constantly changed the goal posts in order to try and locate a smoking gun, the extensive hearings show that not only is there no smoking gun, there is in fact no gun,” Senator Abetz said.

“Despite the very comprehensive trawling from Labor Senators both in the public hearing and with substantial correspondence back and forth with the Department, there was no evidence to suggest that the Minister acted inappropriately or illegally – indeed the Department directly refuted such suggestions.”

“Contrary to media reports, the clear evidence was that only two visas relating to “au pairs” were considered by the Minister and in both cases the Department of Home Affairs recommended to the Minister in their brief that the Minister should intervene to provide a short-term tourist visa.”

“Further, it was patently clear that the evidence of the disgraced former Australian Border Force Commissioner, Mr Quaedvlieg, was severely lacking in credibility particularly given it was so easily disproven.”

“Any objective assessment of the evidence presented to the Committee, contrary to the hyperbolic Labor/Green report, reveals that Labor’s claims are completely wrong and that Minister Dutton has acted both honourably and commendably,” Senator Abetz concluded.