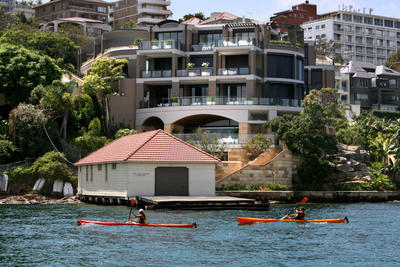 mansion, according to the Real Estate Institute of New South Wales.

REINSW CEO Tim McKibbin said the NSW Government must be delighted by the news that John Symond has put his property on the market.

“The sale of this property should prompt the government to finally address bracket creep, which would make such a difference to first homebuyers.

The property at 2 Wingadal Place, Point Piper was purchased by John Symond in 1999 for $10.89 million and has been listed with Bill Malouf of LJ Hooker Double Bay and Ken Jacobs, of Christie’s International.