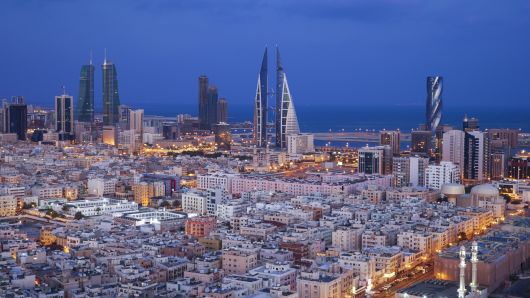 With an economy that was ranked as the fastest growing one among all the economies of the Gulf Cooperation Council (GCC) region in 2017, the Kingdom of Bahrain has been witnessing a increasing growth across its different industries and economic sectors; such growth was most significantly reflected in the growth of the tourism and hospitality section by around 12%, as well as its real estate market, which has grown by around 5.5% in 2017.

As one of the largest economic sectors in the island kingdom, the investments in the Bahraini property market have been simulated not only by the private sectors developers, but the governmental entities and companies has played an equal role in that growth. Among these firms, Edamah comes as one of the key governmental real estate development companies in Bahrain.

The Bahrain Real Estate Investment Company, also known as Edamah, is the real estate development arm of the sovereign wealth fund of the Kingdom of Bahrain (Bahrain Mumtalakt Holding Company). Originally launched back in 2006, Edamah currently maintains a portfolio which comprises more than 125 properties.

Over the years, the company has kept its main focus on developing and utilizing the white lands; white lands are the land plots that have been already designated for a certain usage (residential, commercial, industrial, etc) but have not been developed yet.

Edamah’s portfolio comprises some of the most prominent developments in the Kingdom of Bahrain, including The Terimnal, Sa’ada, and Al Jazayer Beach.

A $119m waterfront master development, the renovation program of the Muharraq coastline, also known as Saada West, is situated in Muharraq at its main entrance. Saada West project is being developed over two phases, and it is expected to be completed in May 2019.

The reclamation works first phase of the project has already been completed; it spans around 18,000 square meters of reclaimed land that will house multiple high-end facilities and world-class attractions including restaurants, cafés, and a marina. The second phase, on the other hand, will mainly consist of 7 buildings that will comprise 45 retail and fine dining units.

As one of the very few public beaches located within the Kingdom of Bahrain, Al Jazayer Beach is located 10 kilometers south of Zallaq village on the western coastline of the island kingdom. The beach’s shallow waters offers it’s the visiting snorkeling lovers a great opportunity to practice that hobby there.


On the other hand, if you always wanted to be an avid sailor, you will find an unmissable opportunity to make that dream true in Bahrain Sailing Club which is located there as well.


Those are some of the most prominent properties which have been developed by Edamah, and they clearly reflect the effective role Edamah plays in simulating and growing the investments in Bahrain’s real estate market.
https://counter.theconversation.com/content/115148/count.gif?distributor=republish-lightbox-advanced