Jonathan Clarke has just returned from another mission to simulate life on Mars. This time he was on Devon Island in the Canadian Arctic, where the sun never sets in the northern summer.

It’s all part of a project to see what some of the challenges are, should humans one day decide to live on Mars. He’s detailed some of the events as they happened across 52 days of his most recent experience. 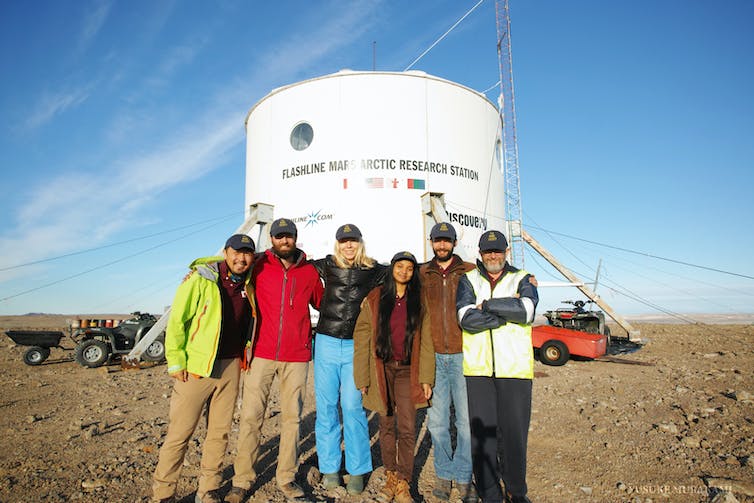 Can’t believe it, after more than two weeks of waiting we are finally here at Devon Island. It looks very alien, very Mars-like in appearance: stark, a visual symphony in brown, orange and grey.

We landed about 2.5km from the Flashline Mars Arctic Research Station (FMARS) habitat, gleaming white on the distant ridge in the evening sunshine. We forded two creeks and climbed the rocky ridge to get there.

Read more: The new space race: why we need a human mission to Mars

The habitat was in better condition than we had feared, but there was still some mould and it smelled a bit musty. We opened everything up, and settled into the least grotty rooms and mattresses.

There was lots and lots of junk, lots of tidying to do. I went back with the quad bike and trailer to ferry our stuff back to the habitat while the others began to make the station operational.

Felt odd and exposed by myself in the Arctic. No bears though; maybe carrying a shotgun kept them away. Then went down to the creek with some jerrycans and collected water. By the time we were ready for bed it was 1am. Still bright daylight of course. 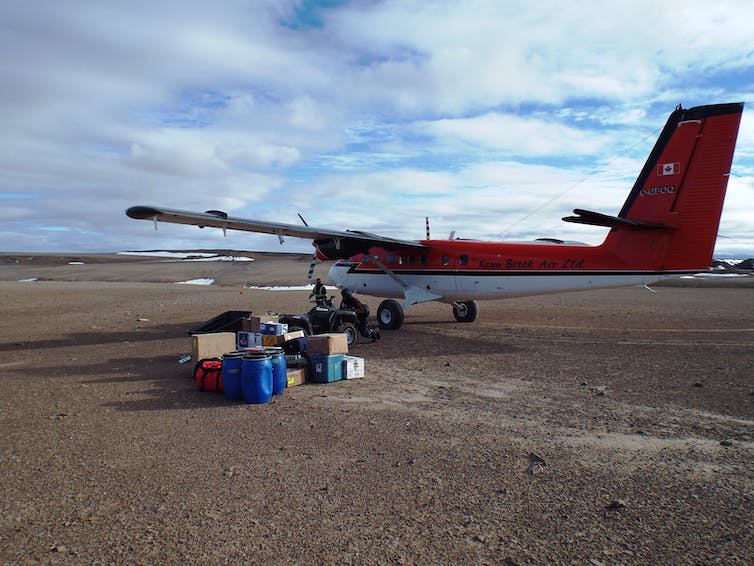 Unloading the the gear from the aircraft. Jonathan Clarke, Author provided

Today is July 20, an appropriate day for us to start the main part of our mission, because 41 years ago Viking 1 performed the first successful robotic landing on Mars.

The FMARS habitat is very similar to the unit in Utah I stayed in previously. It’s a two storey cylinder with two decks; eight metres in diameter and eight metres high. The upper deck has our cabins, galley and wardroom, the lower deck airlocks, lab, workshop, toilets, and shower. There is a small generator that provides us with power.

Going into simulation mode means we will be only going outside while wearing our simulated space suits, with a few exceptions. These include heavy engineering tasks – water management, rubbish burning and so on – and of course shotgun duty, where every outside team is accompanied by an armed lookout. A very non-Martian threat here is the possibility of polar bears. 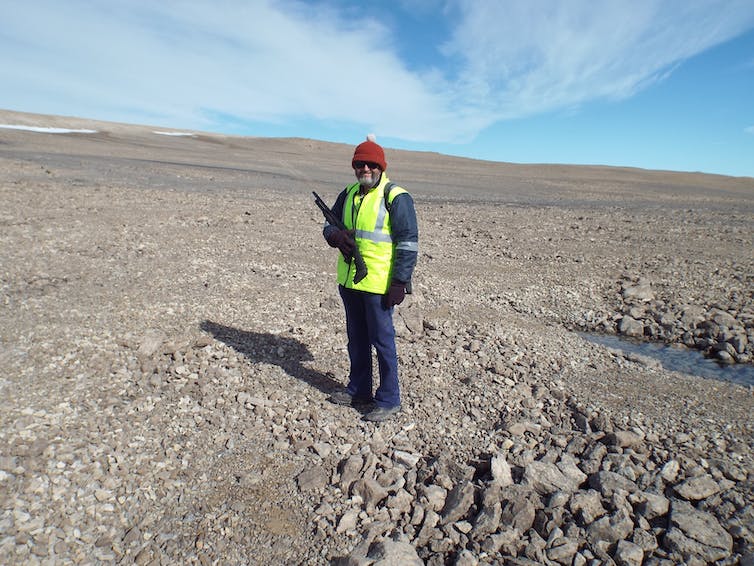 Nearby is Haughton crater. An asteroid impact 39 million years ago blasted this crater 22km across and hundreds of metres deep. Even though reduced by erosion, it’s still 14km from rim to rim.

Haughton crater is actually similar in size to Endeavour crater on Mars, currently being explored by the Mars Opportunity Rover mission.

The FMARS habitat is perched on the northwest rim of the crater, and affords us a spectacular view of the crater with its complex geology, meltwater steams and residual snow patches. From here we can proceed on foot, or quad bike to study the geology and biology of the area, much as we would on Mars.

Anushree and Paul did the first extravehicular activity (EVA) outside the FMARS this afternoon. They went to the snow melt zone below the habitat, with Alex riding shotgun. Paul was checking his environmental monitoring stations he had put in a few days ago.

I spent the day planning future work, setting up spreadsheets, planning excursions. All plans are tentative of course, being so dependent on weather and other factors. This will be less of an issue on Mars of course, as all but the most intense dust storms and solar radiation events will have little impact on day-to-day activities. 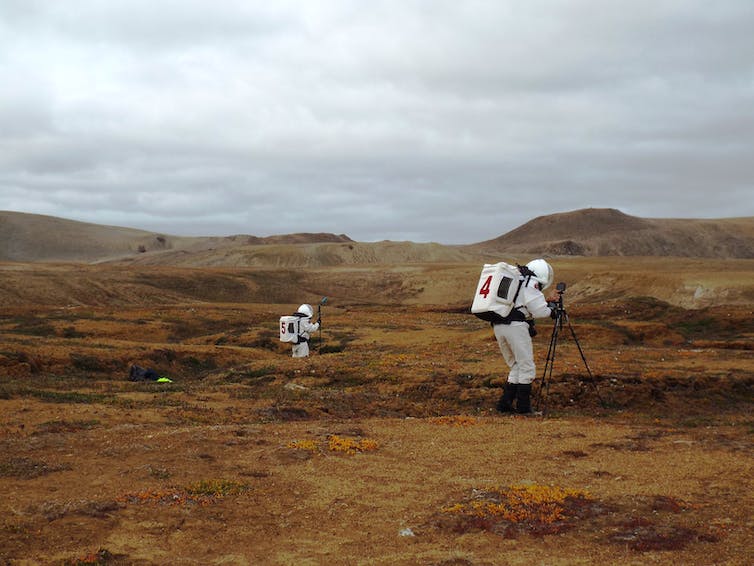 When I got up it was foggy and the cloud was low on the ridge, although the crater was more clear. The cloud lifted during the morning, which was good. There was no wind; also good.

Went out on EVA 6 with Anastasiya, and Yusuke as shotgun. Worked southwest along the crater rim from the habitat, and then down across the crater wall looking at some mounds. Lots of issues with helmet fogging though.

On the ridge I was sampling different limestone lithologies. On the crater floor it was a bit boggy in places, so we had to walk on the stones to avoid sinking. This usually worked, although there were some close calls in places. This is not something we will expect on Mars.

In the afternoon I worked on photos, EVA notes and field science, and emails for the family and friends. While we don’t have a specific time delay built into communications, contact with the outside world (except in an emergency) is certainly asynchronous.

The Sun came out this afternoon (hello stranger) but all too briefly. The cloud closed in again soon after. The habitat is now completely fog-bound. A bit like living on Mars during a particularly dense dust storm. 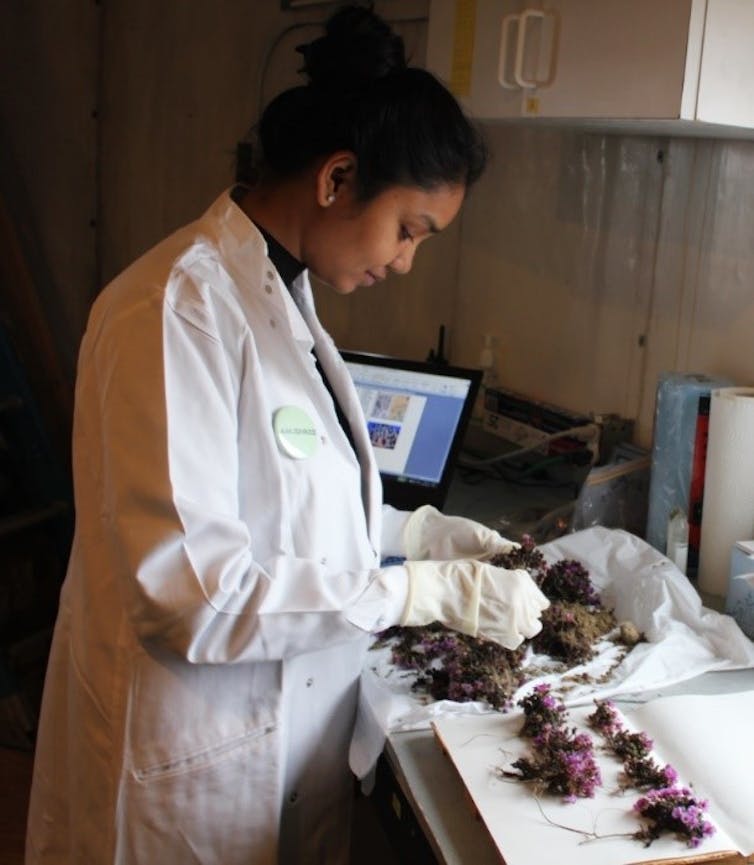 Woke up to a great silence. Looking out the windows (after wiping all the condensation off them) I saw the reason: we were still enveloped in thick fog. Visibility was down to less than 200m, far worse than we would like to have on Mars, even with the worst dust storms.

It stayed like this most of the day. The ground is also very wet, pools of water everywhere, saturated by the recent rain. The depth of soil above the permafrost here is so thin that it does not take much rain to saturate it.

So no EVA again today, which was frustrating. We have lost three EVA days because of bad weather so far. The ground was too wet for trenching, the visibility too poor for driving, and even for 3D imaging, which is the simplest field task.

So we spent the day working inside. Cleaning, rigging lights (or trying to), sorting old food and equipment, writing up notes, doing psychology tests for the Institute for Biomedical Problems in Moscow, and planning for the day when we will be able to do a proper EVA. 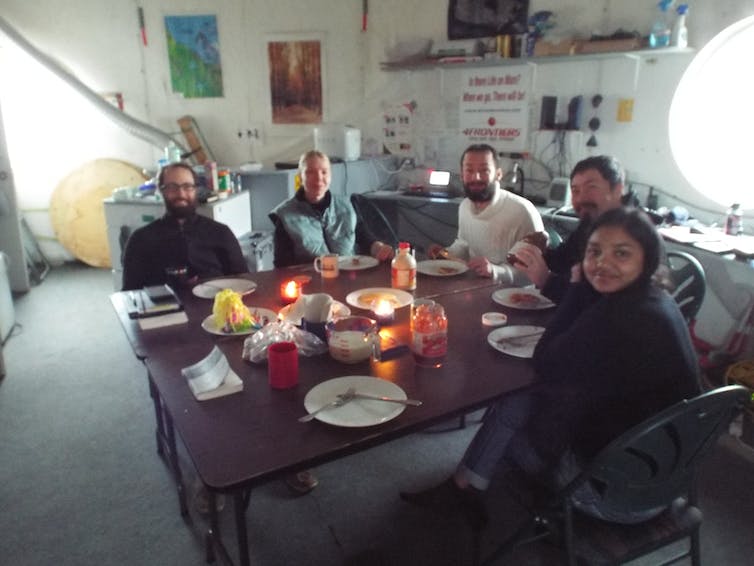 Days like this are a good opportunity to consider the differences between life here and last year at MDRS in Utah. One of the biggest differences is the very limited power situation. We ran the generator for only eight to nine hours a day, so having more than three things on at once (two hot plates and a heater for example) trips the safety switches either in the station or on the generator.

Hopefully on Mars our equipment will be more reliable, with more abundant power, and resets more easily achieved.

At the FMARS though, it is often chilly, damp and even dark on days like this. We also have even more limited internet resources, so the sense of isolation is much greater.

Then of course there is the humidity, condensation, leaks and constant battle with mould that ensues. This can sometimes be a problem on space stations, so we are not alone in battling this problem.

Sanitation is also somewhat primitive; we pee into a funnel that runs into an outside drum, and we poo into plastic bags that are then incinerated. On Mars solid waste would most likely be incinerated as well (despite what was shown in The Martian film), but urine would be recycled, as is already done on the International Space Station.

The rest of the crew availed themselves of the shower this evening (after a few of us washed yesterday), so we are all clean and human looking again. Due to the cooler temperatures and higher humidity we don’t get as grotty as we did in Utah.

We are now out of simulation mode, in preparation for our leaving. In the morning we received email confirmation that the first flight out was midday. I was on the first flight, with the samples and the trash. 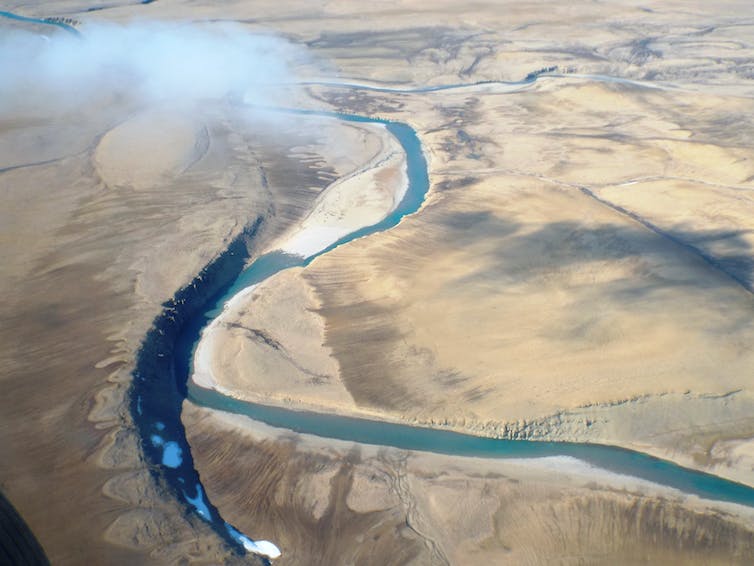 Mixed feelings on leaving – sad to leave Devon Island, the end of an experience I will mostly likely never repeat, satisfaction at a job well done by all of us.

It’s sad to leave the Arctic, but the changing weather and the start of sunsets tell us it’s time to go.

As we fly out separately there are sad farewells to the rest of the crew. It’s the breaking of the fellowship, and these people over the past year have become like family.

Read more: Dear diary: another day in the life on Mars

As I fly south, it’s strange to see fields again after two months of desolate landscape. I become aware of how humanity has transformed the surface of the Earth, for better and for worse. Maybe that’s one reason some of us want to go to Mars: to find a new world, apply the lessons of the old and perhaps avoid some of the mistakes.

Speaking of lessons, what have I learned about Mars missions, and indeed myself? We have completed our mission despite delays, bad weather, and various other problems, and are a closer and better knit team than when we have started.

Our success has shown, through an operationally realistic analogue mission, that a crew of six can, over 30 days, perform work that on Mars would cover more ground, study more sites and find out more than all the unmanned Mars missions to date. 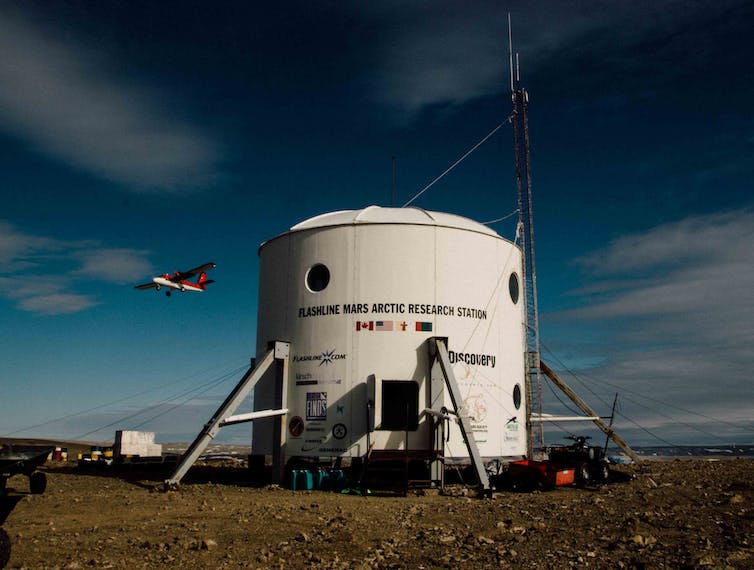