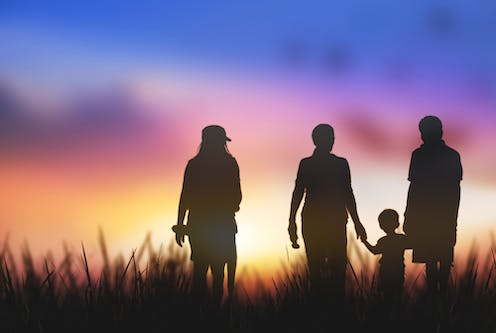 Across Australia, growing numbers of children are entering out-of-home care, including disproportionate numbers of Indigenous children. As a consequence, more grandparents are becoming primary carers for their grandchildren, often due to family breakdown, incarceration of a parent, substance misuse, or family violence.

Intergenerational relationships are crucial to the transmission of cultural knowledge, and severed family relationships can trigger trauma. Yet some grandparents report decreased, precarious or even denied contact with grandchildren after child protection concerns, or an unpredictable cycle of maintained and then lost contact, even in circumstances where a child is placed in kinship care.

Excluding grandparents has powerful implications. These include the strong possibility that decisions made about the best interests of children may be ill-informed, and important relationships between children and their extended families may become tenuous or lost. This in turn affects how children adapt when they leave state care.

Many participants reported that policies regarding kinship care placements, particularly for Indigenous children, were not being adhered to. Kinship care is a growing but under-resourced out-of-home care option.

Interviews and focus groups were conducted in Queensland, Western Australia and Victoria, with 75 participants (almost one-third) identifying as Indigenous. Participants were predominantly grandparents, although smaller numbers of parents, aunties and foster carers participated in discussions about optimising grandparent involvement.

When children were placed with grandparents they sometimes were removed without notice or adequate explanation. Other grandparents felt undervalued, confused and even used by workers. This grandmother commented about a meeting with Department of Child Protection officers about grandchildren in her care:

I ended up in a meeting with the manager and the practice manager … they said because I was a grandparent, they couldn’t talk to me.

This grandmother described being coerced into agreeing with a decision made without her input – so she could see waiting grandchildren:

Other grandparents described their importance in the protection and wellbeing of children:

The grandparents … in the majority of cases are the safety net … So unless they [grandparents] are included in everything, you are eroding the child’s sense of safety.

[Contact] must happen, because inevitably, if it doesn’t happen there will be terrible loss and bitterness later on … the classic example of that is the Stolen Generation of Aboriginal people. The pain and the hurt … thousands of Aboriginal or part-Aboriginal kids felt since they have been grown up as the result of having been removed from parents and lost contact with them has been really, really, horrible.

However, these systems may have worked to undermine the implementation of less bureaucratic approaches. A “logic of precaution” to avoid worst-case scenarios for workers, organisations and families has led to a culture of risk-aversion.

So “a rhetoric of family engagement” prevails, but families are excluded from decision-making, which is confined to professionals. Decisions may therefore contribute to children being detached from, rather than supported within, family networks.

To improve outcomes for children, participants argued that changes to current practices were vital, so grandparents were included in decisions about their grandchildren’s welfare and best interests.