The 2017 Prime Minister’s Prize for Science has been awarded to Professor Jenny Graves of La Trobe University, in recognition of her 50 year, ongoing career in genomic and epigenetic research.

Professor Jenny Graves works on animal genetics, with a focus on sex.

Graves’ body of work focuses on the genetics of sex. In 2002, she suggested that the Y chromosome might eventually disappear, writing:

At the present rate of decay, the Y chromosome will self-destruct in around 10 million years.

It was a prediction that attracted a lot of attention - both scientific and otherwise. But Graves carried on regardless.

“Australian animals - kangaroos, platypus and emus, devils and dragons - have been my secret weapon in trying to figure out how sex works in all animals, how it evolved, and what will happen when our Y chromosome disappears,” Graves said.

“Of course, this work all reflects right back on the human condition.”

“Graves stepped out of the box and instead of studying mice, rats or fruit flies (as most genetic researchers had to that point), she studied kangaroos, platypus, and reptiles,” he said.

“She has done work on Australian animals that has created global impact, and has mentored many, many young researchers through to successful independent careers.”

Winners in other categories of the 2017 Prime Minister’s Prizes for Science were:

Researchers often make it very clear there are important biological differences between humans and common animals in laboratory studies, such as mice. 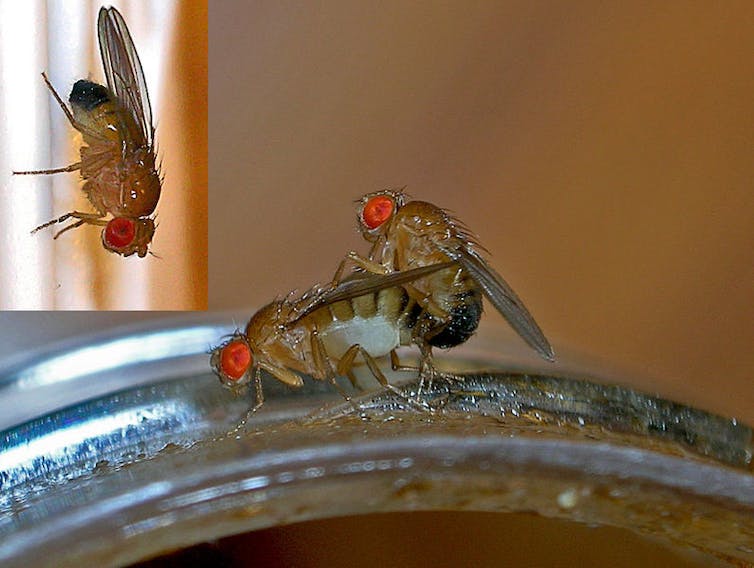 But Graves said the way genes interact to make an embryo male or female was not all that different between humans, other mammals, birds, or even fish.

“Making a male human, or a male elephant or kangaroo (or even fish) involves much the same network of genes that are working together to make a testis in the embryo, or working against genes that would make an ovary,” explained Graves.

“Once there is a testis or an ovary in the embryo, they make different hormones that have a big impact on how the embryo develops.”

Read more: Is virgin birth possible? Yes (unless you are a mammal)

The biological “decision” to make ovaries or testes happens early in development, and involves a whole network of genes directing a ridge of cells in the embryo into one fate or the other.

The network is more or less the same in all vertebrates, but the thing that kick-starts it - what Graves refers to as the “trigger” - can be a gene or an environmental factor.

“We know that in humans and other mammals, the trigger is the SRY gene on the Y chromosome,” said Graves, referring to the sex-determining region Y (SRY) gene.

“But in birds it is a different gene on quite different sex chromosomes, and in snakes and lizards it is different again. In many reptiles, the trigger is temperature, not genes.”

The Australian dragon lizard (Pogona vitticeps) is a special case: both genes and temperature play a role in determining sex. 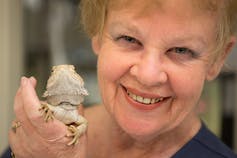 Graves’ research is uniquely focused on Australian animals, such as the Australian dragon lizard. Prime Minister’s Prizes for Science/WildBear

“These lizards tell us how sex genes work, and how they can be overridden by the environment.”

Graves said that although males and females have almost the same genomes, genes may not act in the same way in each gender.

“We have a pretty good understanding of how the sex of a baby is determined to be male or female, and know about at least 30 genes in the network that could go wrong,” she said.

This knowledge is applied in a clinical context to diagnose and treat babies born with intersex conditions.

But the health implications also extend into adulthood for all men and women.

“The trigger gene (SRY) is specific to males because it is on the Y chromosome, and is incredibly powerful, controlling many other genes,” said Graves.

However, there are at least 150 genes on the X chromosome that are active in two doses in females (XX) and one dose in males (XY). 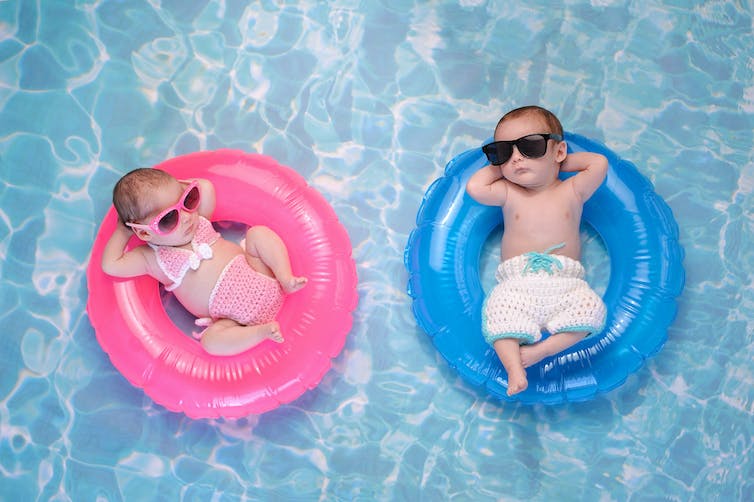 Almost the same genomes - but genes act in different ways in males and females. www.shutterstock.com

Recent research shows that 6,000 genes (of our 23,000 total), are active in different ways in men and women, presumably controlled directly or indirectly by SRY, hormones and other genes on the X and Y.

“Many of these genes impact the likelihood of various diseases, as well as the response to drugs and treatments,” said Graves.

“So it is not at all surprising that men and women differ greatly in the susceptibility to particular diseases – for example, Parkinson’s disease is much more common in men, multiple sclerosis in women.”

In the last 20 years, mainstream medical research has begun to seriously explore gender differences and bias in academic and clinical medicine.

Graves said it was also clear that mate choice (hetero or homosexuality) was highly genetic, and independent of sex determination.

“So-called ‘gay genes’ are really ‘male-loving’ genes, and in a female they drive her to mate earlier and have more children,” she said.

“Maybe gender identity is genetic too – there really is no evidence yet.”

Graves said communication of genetic evidence was important in shaping how society viewed gender and sex.

“An appreciation of the diversity of sex determination and sexual behaviour in the natural world might defuse the hype and get rid of the obnoxious moral overtones that make discussion of human sex so fraught,” she said.

“Sex determination is complicated, and there are genetic alterations that have an impact,” he said.

“I think scientific understanding of the basic machinery informs the way we see human biology and helps people to be more accepting – it broadens minds.”