Mechanical forces rule biological processes, from the contractions of the pump-like heart, to muscles that resemble strings and pullies, and cells that carry out microscopic tugs-of-war.

Previously, these mechanical aspects of biology have been largely ignored, not least due to a lack of technology allowing for intricate mechanical measurements.

But better tools are being developed, and these enable tracking of mechanical activity in cells and tissues.

And because of this visibility, new drugs and treatments are starting to emerge.

Mechanobiology is the science of how cells and tissues sense and respond to mechanical forces.

Just like we humans have muscles and bones that give us the ability to exert forces, each of our cells also has a skeleton: the cytoskeleton. This network of fibres allows cells to exert and resist forces, and enables them to move.

T cells are part of our immune system: they can act like cellular assassins, killing other cells such as those infected with viruses, or cancer cells.

At the microscale (about one hundredth of a human hair), we can visualise and follow T cells “hunting” for cancer cells as they move and push their way through tissues. This applies the approach known as 3D traction force microscopy (TFM).

Upon finding a cancer cell, a T cell firmly grasps its target, and delivers a “kiss of death”.

Techniques known as dual pipette aspiration (DPA) and optical tweezers (see video below) allow us to grab individual cells, and pair them together in a controlled manner. This allows us to understand and illustrate the mechanics behind this deadly “kiss”.

Cells use force sensors to detect and distinguish between many of the physical signals that they experience.

A major class of force sensors are “mechanosensitive ion channels”. These are holes, or pores, in the surface of the cell that can open and shut.

When the cell senses a physical force or a mechanical stimulus (in essence, like a microscopic prod), these pores can open. Chemicals move in and out, and a tiny electrical current is conducted across the cell wall. This can be measured by attaching small electrodes to the surface of a cell.

Many types of cells and tissues have such sensors, and respond to changes in mechanical loads. These include the neurons that underpin our sense of touch, metastasising cancer cells and the cells that maintain our cartilage in bones.

The drug EVENITY – which aims to prevent bone loss in osteoporosis – acts through this pathway. The drug blocks sclerostin, a key factor that naturally inhibits bone formation based on the mechanosensing functions of bone-forming cells. 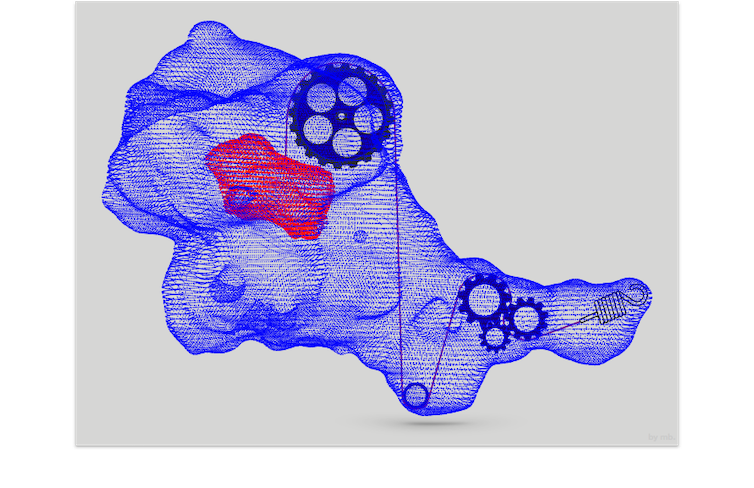 Trialled in mice travelling to the International Space Station, the treatment has now passed human clinical trials and is awaiting FDA approval for use in the treatment of osteoporotic patients in the United States.

Organ on a chip

Organ-on-chip technology is designed to aid drug development, disease modelling and personalised medicine. Each individual unit is made of a transparent material known as a polymer: it’s about the size of a USB stick, and consists of hollow channels lined by living human cells.

These chips differ from other laboratory tests such as cell culture, in that they can mimic the physiology and mechanics of how cells interact with living tissues (rather than just looking at responses in individual cells).

For example, organs-on-chips can recreate the architecture of human organs at the microscopic level, including the intestines, kidney, skin, bone marrow and areas of the brain.

An example using lung tissue is described in the video below. This technology provides a way to see diseases in tissues, and is an alternative to animal testing for drug development.

In the lung-on-chip, the lung cells have hair-like structures that move rhythmically, helping the mucus flow out of the lung chip, just as they do in the living lung.

Many researchers and biotechnology companies hope that technology such as organs-on-chips will accelerate the development of new drugs, and advance personalised medicine.

In April 2017, the FDA announced a multi-year research and development agreement to evaluate organs-on-chips technology, starting with a liver-chip.

The agreement may expand in the future to cover additional organ-chips, including kidney, lung and intestine models.

Mechanobiology is integrating physical sciences into biology and driving the development of new technologies. Watching cells in motion, understanding and measuring forces at the cellular scale, and creating mini models of human tissues in the lab are just the beginning.