In 1968 the esteemed Australian anthropologist Bill Stanner coined the term “the great Australian silence” to describe a “cult of forgetfulness” that had seen Aboriginal people virtually ignored in the writing of Australian history. The Australian Dictionary of Biography had published its first two volumes by then, and the indifference that Stanner observed was already apparent in its choice of biographical subjects.

The architects of the dictionary had envisaged a great national co-operative venture with autonomous working parties in each state whose members would choose “significant and representative” subjects, a “cross-section of Australian society”. In succinct articles, these lives would collectively illustrate the Australian national story. 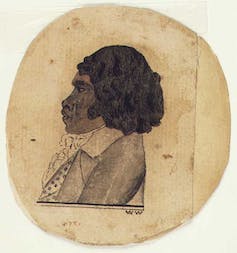 Volumes One and Two of the dictionary were published in 1966 and ’67. Of their 1,182 subjects, only eight were Aboriginal. The early colonial years were portrayed as overwhelmingly the domain of powerful white males.

Bennelong, Arabanoo, Colebe and Bungaree, each of them figures from the Port Jackson area, earned their places in the dictionary largely for being there and being noticed. Similarly, in Volume Two, Yagan, the Swan River Noongar man, was remarkable simply for being a mostly troublesome presence at the nascent Western Australian colony. Jackey Jackey, Whylie and Yuranigh were there for their activities as guides with inland expeditions. 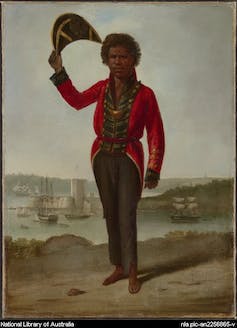 By 1981 and with eight volumes published, only seven more Aboriginal entries had been added to the 4,589 in the dictionary corpus. By then an irresistible change in the way Australian history was being conceived and written was under way. This movement was coming not only from within the academies, but from a new generation of Aboriginal writers, such as Kevin Gilbert and Oodgeroo Noonucal. The great Australian silence was slowly unravelling.

In 2017, 210 of nearly 13,000 biographical entries in the dictionary are Aboriginal and Torres Strait Islander men and women. A working party made up of Aboriginal and Islander scholars from each state and territory is now preparing an Indigenous Australian Dictionary of Biography with nearly 200 new biographies.

Dr Shino Konishi, a Yawuru descendant of the Broome area, is leading the collaborative project. Because this is a largely community-driven process, it is likely that new markers of “significance” will emerge, determined perhaps not so much by success or standing on national, state or local stages, as by what they brought to community and family life.

Who might be in the new volume? Biographical subjects will be selected after public consultation, but a number of possible contenders have remarkable stories.

Most Sydneysiders associate Barangaroo with the massive harbourside development rather than the Eora woman behind the name. Aggressively independent and the wife of Bennelong, unlike her husband she rejected the overtures of Governor Phillip, asserting the independence of her people to continue to fish the harbour and to live as a sovereign people.

Another Eora woman, Patyegarang, became at a young age the main informant for William Dawes, the first European to sympathetically chronicle the language and culture of the Sydney landowners. Her life, and her relationship with Dawes, inspired a fine production in 2014 of the Bangarra Dance Company.

And what of Nangar Jimmy Clements, a Wiradjari man otherwise known as “King Billy” who, with a companion John Noble, walked for three days from Tumut to attend the opening of Parliament House in Canberra in 1927? He attracted the support of the crowd, after the police tried to move him on, to salute the Duke of York, one leader to another, who returned his greeting with a “special wave”. Like Barangaroo, Clements’s determination to attend the ceremony demonstrates a sovereignty never ceded.

More recently, perhaps Alf Stafford, a Kamilaroi/Darug man, will find a place in the dictionary. After serving in the armed forces and playing first-grade cricket in Sydney, he was employed as a Commonwealth driver in Canberra, driving 11 prime ministers from Lyons to Whitlam. 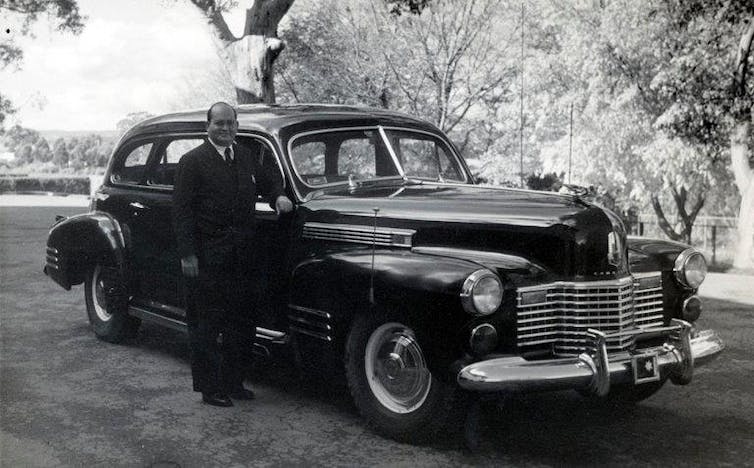 He became particularly close to Sir Robert Menzies and, after the death of his wife, in effect became Menzies’s personal assistant, taking up residence with his children at The Lodge.

And what of the old entries, those written over 50 years ago, which still inhabit the pages of the dictionary? However they might have been viewed at the time of publication, the biographical portraits of Bennelong, Arabanoo and Yagan fail to provide even a glimpse of Aboriginal life in the early years of European colonisation. Thus Arabanoo, who was forcibly detained by handcuff at the settlement so that he might help Phillip “learn more about the natives”, is far more than the tragic figure who died of smallpox just one year after the arrival of the First Fleet. 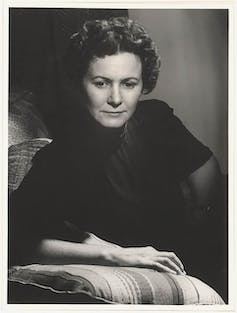 Over 20 years after her publication of The Timeless Land, in which an imagined Bennelong featured as the central character, Eleanor Dark might have seemed an inspired choice to write about him and his countryman Arabanoo for the dictionary’s first volume in 1966.

But Dark’s skill as an imaginative novelist has not translated well to the short biographical genre. Indeed, in her hands, the two men are cardboard cut-outs of their real-life figures. Bennelong is portrayed as “courageous, intelligent, vain, quick-tempered, tender with children” and “something of a comedian”. Arabanoo is “a general favourite”, with a “thoughtful face and a soft, musical voice”. 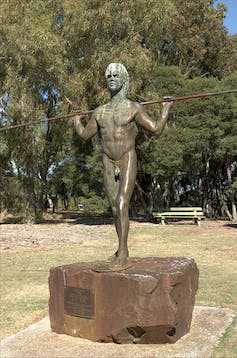 A statue of Yagan on Heirisson Island, Perth. Wikimedia Commons

New research and new ways of reading the same texts that Dark used have started to bring Bennelong and Arabanoo to life as members of their communities and families, who faced conflicts and made choices and compromises. There will be new entries on these and perhaps the other 18th and 19th-century Aboriginal people in the dictionary. The aim will be to reveal them as complex figures, as members of their communities in the process of making sense of, negotiating and surviving an increasingly intrusive European presence.

One of the benefits of the digital realm lies in its capacity to illustrate change, to demonstrate not only how society has evolved, but the way this change has been recorded. So readers will still be able to read Dark’s take on Bennelong and Arabanoo, or see how Alexandra Hasluck recorded the life of Yagan, by clicking through to the still extant, but soon to be submerged, old entries.

That way the dictionary will remain true to its mission of telling the story of the nation through the lives of its people, but will also demonstrate that the way we understand those lives has grown and developed.