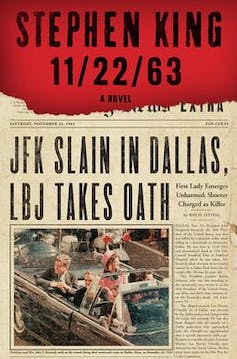 2017 has been a pretty excellent year for TV adaptations of books. Without pause, I’d enthusiastically recommend a Summertime binge on Strike, I Love Dick, Big Little Lies (which I wrote about here), The Handmaid’s Tale, and American Gods. Alas, the ten-episode take on Stephen King’s Mr. Mercedes, doesn’t make this list. King writes books that regularly meander. In his author notes to Lisey’s Story for example, he acknowledges frequently completely ignoring his editor’s recommendations on slashing. And while Lisey’s Story did feel repetitive in places, I like King enough to indulge him. The audiobook for my favourite King work, 11/22/63 – about the Kennedy assassination - was over 24-hours long but so captivating was it that I only narrowly avoided being hit by a motorcyclist while walking and listening. The TV adaptation of 11/22/63 was solid. While I had initial hesitations about the casting of James Franco - in anything, truth be told, but most definitely this – it was good. It was well-paced and largely well-acted and I was invested enough to cry in the same scenes that I cried when listening to the book. 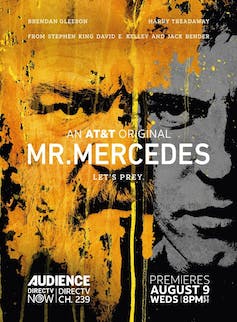 The TV adaptation of Mr. Mercedes is a different beast all together. Brendan Gleeson plays protagonist Bill Hodges, a retired detective with a very familiar malady: he’s unable to let go of that one last case, in this case, a perp, dressed as a clown, who mowed down a crowd of job-seekers. Gleeson is frequently great: In Bruges and The Guard are two favourite films. This year however, I’ve also seen - and forgotten - him in the barely passable Hampstead and Trespass Against Us: two reminders that, like all of us, he can be inconsistent. Gleeson however, isn’t the problem. The charm of King’s Mr. Mercedes – a charm I wrote about previously here – is the banding together of three completely unlikely characters whose paths serendipitously cross and who set out on a crime-solving adventure together. A ragtag posse that, alas, is largely gutted in the television show. Instead, excess emphasis is given to Bill’s relationship with the under-cooked Janey (Mary-Louise Parker). Most egregious, Bill’s rapport with his jike-talkin’, lawn’-mowin’ neighbour Jerome (Jharrel Jerome) is watered down to a vanilla shell of what it is in the book: my hunch is a misguided fear of a social media backlash. 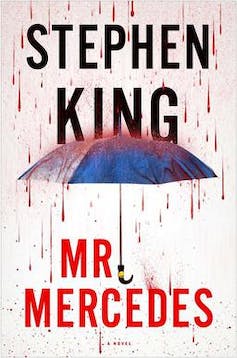 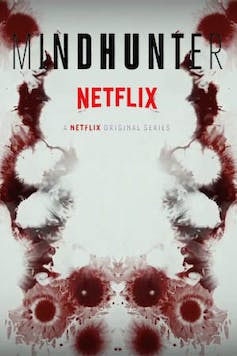