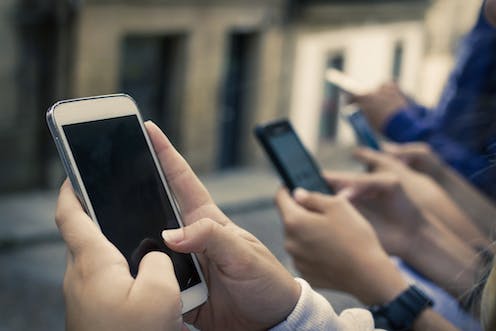 Australians from diverse cultural backgrounds are more likely to rely on social media and other internet sources, rather than traditional media, for their news and information.

In the study, we distributed an online survey to 216 Australians, with 68.5% identifying themselves as born in Australia. In the second phase, we distributed the same survey to 221 Australians from diverse cultural backgrounds, 73% of whom noted they were born overseas. The age distribution of participants in both surveys was similar, with a slightly higher proportion of younger people in both groups.

International research has established that news consumers in more developed nations have “distributed” sources of news for a variety of reasons, including access to new media. Our study shows that Australians born overseas were more active online when consuming news than those born here, and as a result had further “enhanced distributed” sources of news than respondents in the first survey, who were predominantly born in Australia.

Similarly, respondents born overseas visited an online news site more often (65% versus 48%); and searched through a news aggregator such as Google News more often (34% versus 23%). They also searched for a specific news topic via a search engine more often (72% versus 47%); and they were referred to a news story more often by a social media contact (53% versus 35%).

This is significant considering that the 2016 census showed that more than one in four of Australians was born overseas.

The census also pointed out that an increasing number of Australian citizens were born in Asian countries and other parts of the world, whereas in the past most migrants came from Europe.

For example, our study shows that nearly twice as many respondents in the second survey (40% versus 21%) used social media to gain news about international events. Similarly, a significant number of Australians born overseas sought international news on Australian online sites (80%) compared with those in the first survey (50%).

The study has implications for traditional Australian news media (print, radio and television) in the digital era, where the industry’s outlook remains one of “struggle and constraint” from declining revenue and competition from global online media and subscription video-on-demand services.

Our study shows that audiences are aware that news available on social networking sites can be of lower quality. However, Australians born overseas trust social media slightly more than those in the first survey, which predominately included Australians born in Australia. However, about a fifth (19%) of 437 participants did not trust any media source.

Read more: Advertising is driving social media-fuelled fake news and it is here to stay

The reliance on social media is alarming because news and information distributed via social networking sites may not be filtered by experienced and skilled journalists, potentially leading to the sharing and consumption of unverified information.

Meanwhile, research has shown that skewed coverage of transnational news events and issues creates stereotypes and causes anxiety amongst communities. The distributed sources of news isolates various sections of the Australian community into silos.

This in turn results in fragmentation of news audiences and decentralisation of news production by a variety of producers, both of which have an impact on a community’s common understanding of shared events.

We argue that by catering to the needs of the increasingly multicultural audiences in Australia and providing more depth to their coverage of transnational news, events and issues, the mainstream media may be able to increase their relevance as a source of news to a broader range of Australians.