Do most volcanologists die because of studying volcanoes at close range? – Tobias, age 5, Malmsbury.

Volcanoes show us a glimpse of what is deep in the Earth below. They also show us how powerful nature can be. Studying volcanoes is exciting, but can also be dangerous.

According to my calculations – based on a range of media reports and books – 31 volcanologists have died over the past 60 years while they were studying volcanoes.

These have been tragic events for their families and their co-workers. The period with the most volcano-scientists killed was between 1991 and 1993: 12 people died in four separate eruptions.

Two of these eruptions have become the most famous: one in 1991 at Mount Unzen, Japan, and one in 1993 at Galeras, Colombia. 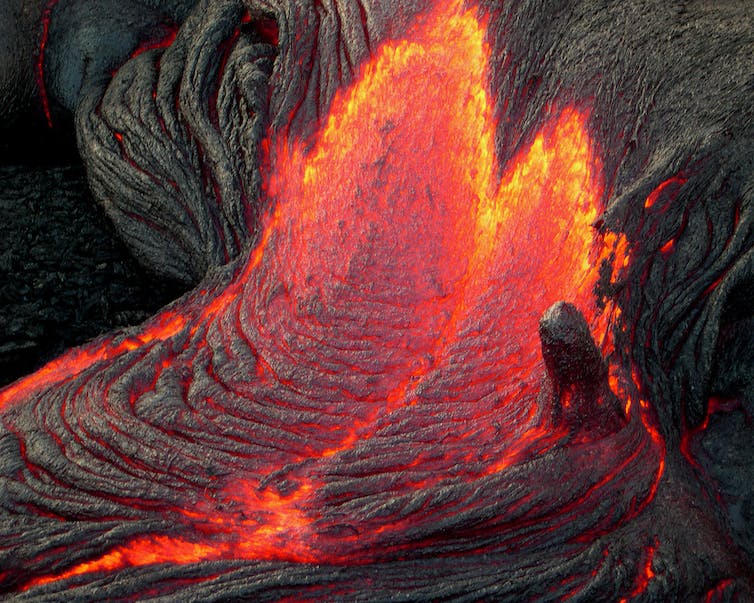 Lava can reach temperatures as high as 1200˚C. Flickr/Zach Jackson, CC BY

At the Mount Unzen eruption, a sticky lava dome made up of hot fluid rock with crystals and gases built up on its top. When the dome grows really tall, it becomes unstable and collapses. This causes a big flow of pieces of the domes mixed with hot gases travelling really fast down the mountain. This is called a pyroclastic flow.

Two famous volcanologists who made awesome videos about erupting volcanoes, Maurice and Katia Krafft, were caught and killed by such a pyroclastic flow at Mount Unzen.

The eruption at Galeras was one of the most powerful it had experienced in five years. However, no one saw it coming. At the time, 70 volcanologists were on the mountain studying it as part of a United Nations volcano hazard conference.

Sadly, it erupted with a big explosion when two scientists were in the crater and they died. Four others were killed by ballistic blocks, called bombs, that hit them like cannon balls. One survivor, Dr. Stanley Williams, who was also badly hit during the explosion, wrote a book about it.

But do most volcanologists die because of studying volcanoes at close range? No.

There are more than 2000 people around the world studying volcanoes and most of them have to get close to a volcano from time to time, but only 31 have been killed on the job in 60 years.

It is not safe to go up any volcano, but as long as you respect the volcano and keep an eye on any signs of activity, you could still live another day. 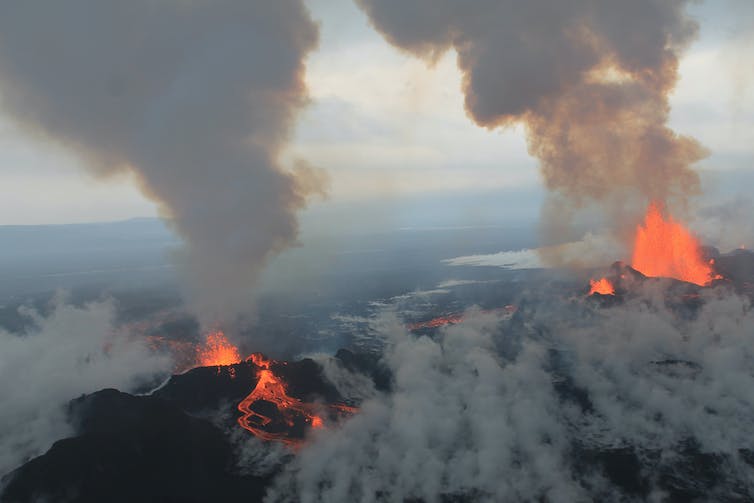 Scientists estimate that there are around 1500 active volcanoes around the world today. Every week 12 of them erupt. Flickr/peterhartree, CC BY