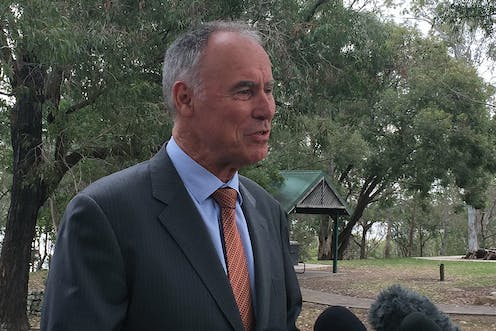 The Bennelong by-election will be held in four weeks, on 16 December. With Barnaby Joyce almost certain to retain New England, Bennelong will decide whether the Coalition regains its parliamentary majority. Labor’s candidate is former NSW Premier Kristina Keneally, while John Alexander will re-contest for the Liberals after the possibility that he held British citizenship was renounced yesterday.

A Galaxy poll, conducted on November 15 from a sample of 579, had a 50-50 tie, a 10 point swing to Labor from the 2016 result. The only primary votes released so far are 42% for Alexander and 39% for Keneally. 42% thought Keneally had done a bad job as premier, while 37% thought she had done a good job. As Keneally led a government that was smashed in 2011, this negative assessment is to be expected.

A ReachTEL poll, conducted 16 November from a sample of 864, gave Alexander a 53-47 lead, a 7 point swing to Labor since 2016. Primary votes were 41.6% Alexander, 34.5% Keneally, 5.9% Greens, 5.4% One Nation and 8.3% undecided. Undecided voters in ReachTEL polls can be pushed into saying which way they lean, but this information is usually omitted by media sources.

These polls vindicate Labor’s selection of Keneally. Although Keneally has a somewhat controversial past, she has a high profile. A lower-profile candidate would have had difficulty overcoming Alexander’s advantage as the sitting member. With Turnbull’s big lead over Shorten, Keneally is performing well to be six points behind in ReachTEL.

In past elections, individual seat polls have performed much worse in predicting results than using statewide or national polls. The ReachTEL One Nation vote of 5.4% in Bennelong appears too high, as One Nation won just 1.4% for Bennelong in the NSW Senate in 2016, compared with 4.1% for the whole state.

The national swing to Labor is currently about 4.5 percentage points since the last election. An average of ReachTEL and Galaxy would have Alexander ahead by 51.5-48.5, an 8 point swing to Labor, so the swing is larger in Bennelong than nationally. Swings against governments are usually larger at by-elections than general elections.

Given the inaccuracy of single seat polls, Labor could be ahead, or Alexander could have a larger lead than in ReachTEL.

Nationals Senator Fiona Nash was disqualified on October 27, as she was a British citizen. Liberal Hollie Hughes, next on the joint Coalition ticket in NSW, took up public service work following her failure at the 2016 election, and was disqualified on 15 November under Section 44(iv) of the Constitution. With Hughes disqualified, Liberal Jim Molan is next on the Coalition ticket. The High Court could also declare this seat a casual vacancy, to be filled by the party that previously held the seat.

Hughes had missed out in 2016, and the High Court could have shown leniency as she did not knowingly hold a public service job while contesting an election. This decision is a clear warning that the High Court will not tolerate any breach of Section 44.