It’s impossible to read Jelena Dokic’s and other sport stars’ stories of physical, emotional and verbal abuse suffered at the hands of their parents or coaches without being horrified.

It’s also easy to blame controlling sport parents like Dokic’s father, but by doing this we’re ignoring a much larger problem. Child and adolescent sport at an elite level can mirror child labour, so the sport itself should be treated with same degree of scrutiny.

Canadian sport sociologist Peter Donnelly noticed a trend in sports 20 years ago: children were encouraged to participate heavily at a younger and younger age. This was spurred on by parents and the sport talent identification system.

Children dedicated greater time and commitment to training and competition under stress from poor behaviour by parents, coaches and administrators. At the time, Donnelly argued that the conditions of some elite child athlete programs bore a striking similarity to child labour conditions.

He argued national laws against child labour should be applied in the elite sport context. In the same way that child labour laws do not prevent weekend and casual work, like paper-rounds or shop sales, most child and adolescent sport is not labour-like. 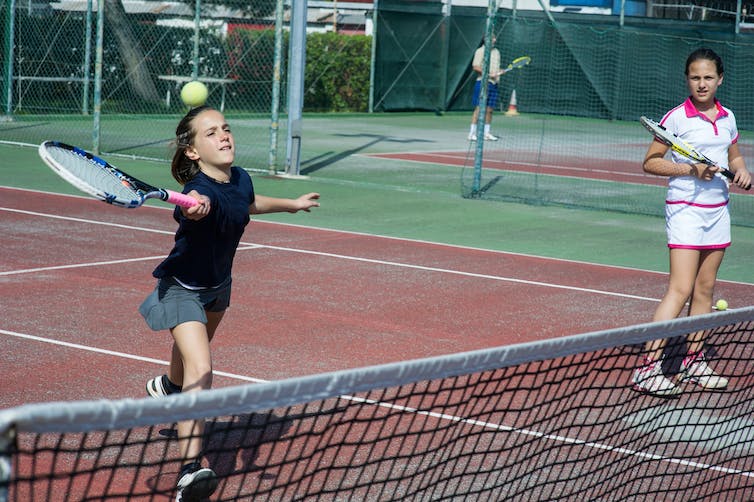 There is a trend in sports for more intense involvement at a younger and younger age. Gianni Caito/Shutterstock

Some of the similarities in child labour and elite children’s sport, as suggested by Donnelly, include:

1) Working long hours – child athletes may start intensive training at a very young age. In a published excerpt from her book, Dokic reveals that her tennis became 24/7 during her adolescence, which meant sacrificing time with her mother and brother.

2) Working under excessive physical, psychological or social stress - there is evidence of this in rates of burnout, overuse injuries, and withdrawal from sport. Some children have excessively stressful experiences, turning sports loving children into drop-out adolescents and young adults. Dokic claimed that she considered suicide as an option of escape.

3) Working for little pay - very few child athletes are paid or subsidised and those that are may not be protected from unscrupulous parents or agents. Dokic’s father referred to the youngster as the family’s “way out” from a life of poverty and welfare in Australia. Dokic subsequently signed all of her earnings over to him.

4) Being subject to intimidation - there are multiple cases of young athletes reporting physical, mental and sexual abuse in elite and sub-elite programs. Dokic has revealed that she suffered belt-whippings, beatings, verbal abuse, kicking and spitting.

How to protect children playing sport at an elite level

The preamble to the International Convention on the Rights of the Child states that:

Children, because of their vulnerability, need special care and protection.

Abuse and exploitation in elite child and adolescent sport is far more widespread than it should be. Research has found emotional abuse of child athletes by their coaches became worse after the child was identified as an elite performer.

The government might be motivated to apply child labour laws to limit child sport programs, based on compelling evidence of the harm that can be caused. That is that child athletes, like Dokic, suffer humiliation, abuse, injury, stress and burnout.

The conditions of elite sport for children, even when in non-abusive situations, may remain work-like in some aspects.

Another of Donnelly’s arguments is that sport has avoided scrutiny as a workplace for child labour because sport is considered play-like, noble, health-enhancing and character-building, in ways that sweatshops are not.

One trend against the use of child labour laws in sporting contexts is the increasing assertion of the rights of parents to make choices on behalf of their children, and the resistance to some notion of the “nanny state” that regulates these choices from above. 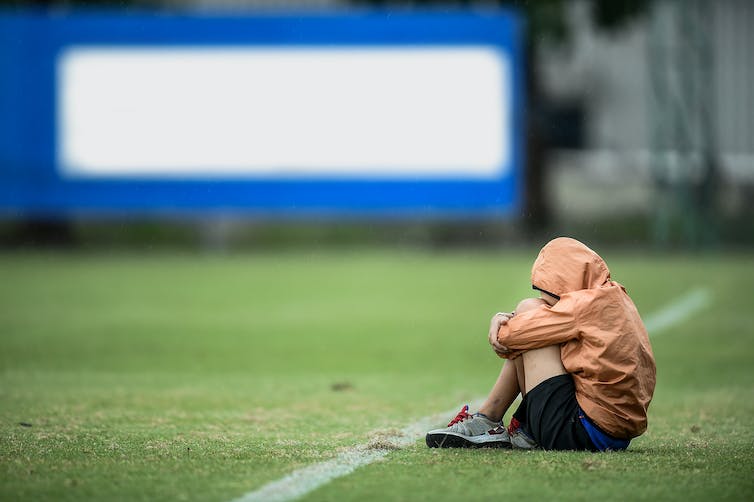 There is compelling evidence of harm to young elite athletes, including humiliation, abuse, injury, stress and burnout caused by intense involvement in sport. Prakarn Eammart/Shutterstock

Yet we would not support a parent’s right to choose to allow their child to work long hours in stressful employment.

The decision cannot solely be left in the hands of parents who may benefit, either economically or socially, from their child’s participation in the sport. The decision also cannot be left to the sports coaches and administrators, as they are caught up in the system goal of high performance.

Will this mean the abolition of all elite sport development for children and adolescents? Of course not.

But there could be more done to assist the future Jelena Dokics of the sporting world. Sports organisations could enforce limits on the starting age, have independent and more regular monitoring of elite programs and keep the child’s earnings in a trust to protect children playing at a high level. An independent child athlete advocate that sits outside of the sport organisation should compliment the protection measures put in place by the organisation.

At the very least, society should be concerned when children who commence a sporting career with anticipation and excitement, finish it with disenchantment, hatred or, even worse, physical and emotional scars.