It was a persistent wrist injury that famously forced Rafael Nadal off the court for the majority of 2016. 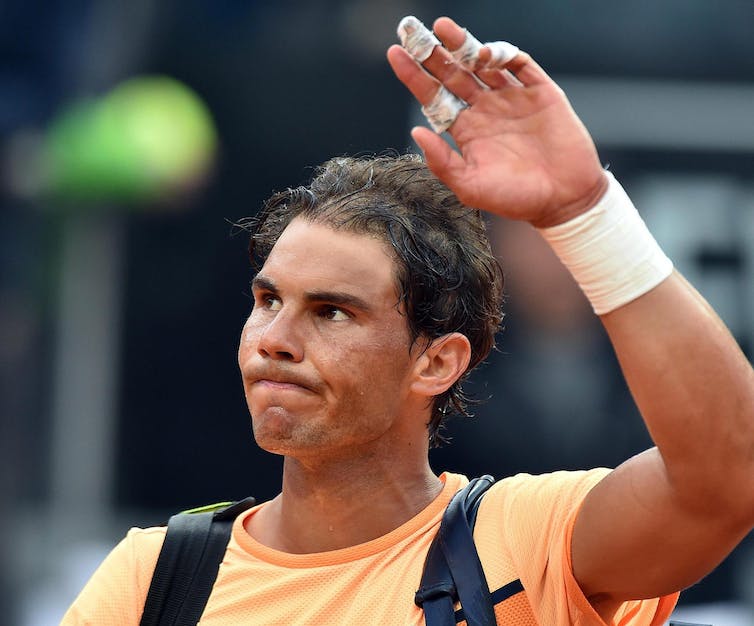 Spain’s Rafael Nadal pulled out of the 2016 French Open Grand Slam because of a wrist injury. EPA/Ettore Ferrari

Injuries to the wrist have also resulted in countless other players having their careers compromised or ended. It appears that the problem is increasing as a result of the particular demands of the modern game.

The warnings were there

Back in 2016, our article in the Sports Medicine journal examined wrist injuries in tennis, and represented the first formal review of the evidence in more than two decades.

We found that wrist injuries not only account for a greater proportion of 21st-century tennis injuries (up to about 14% in females), they often outstrip more traditionally injured areas such as the lower back and shoulder.

Despite there being numerous risk factors for wrist injury in tennis, the main factors seem to be related to overuse and how players grip the racquet. While our 2016 review acknowledged the role that overuse plays in causing wrist injury, we focus here on the links between wrist injury, grip and technique.

For example, changes in racquet size and frame technology have resulted in players adjusting their grip(s) to capitalise on the larger sweet spots and increased power available. 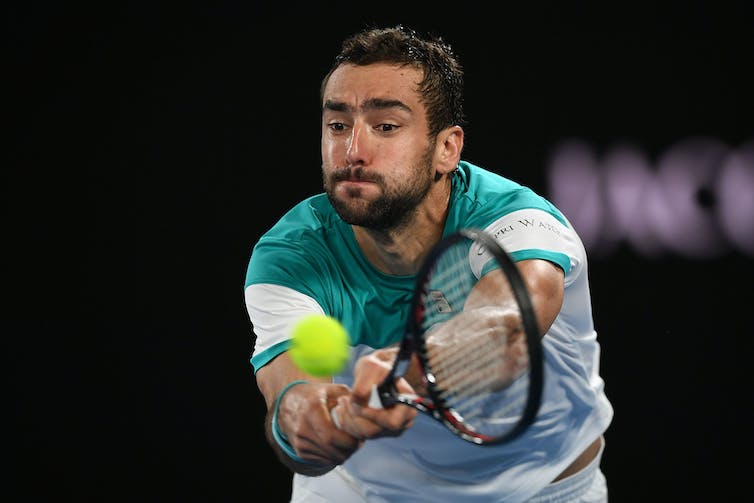 In turn, this has allowed players to play more front-on and make full use of the power they generate through their leg drive and trunk rotation. This of course results in greater racquet head speed and ground-strokes that travel faster and bounce higher.

Unfortunately, the wrist becomes the “meat in the sandwich” at ball contact when it is twisted, cocked and severely angulated.

For those of us who grew up on racquets made of wood and catgut, we are perhaps most familiar with a polite handshake forehand grip of the handle and the racquet face held almost vertically (known as the continental grip).

A look at how these grips work in practice is explained in the following video.

The different racquet grips in tennis.

We have seen more and more players adopt double-handed backhands that also compromise the wrist, but more on that in a moment.

In addition to increased numbers of wrist injuries, we have also seen specific injuries result from aggressive modern grip types.

For example, the semi-western and western forehand grips are associated with injuries to the ulnar (little finger) side of the wrist. This includes the highly problematic dislocations and degeneration of ulnar wrist tendons (extensor carpi ulnaris tendinopathy) that have plagued players such as Nadal.

Perhaps most surprising for the uninitiated is the fact that players are now frequently being forced off the court through stress fractures and other injuries of their non-dominant wrist (the left wrist for a right hand serving player).

Clearly, there can be only one culprit for this phenomenon: the double-handed backhands. 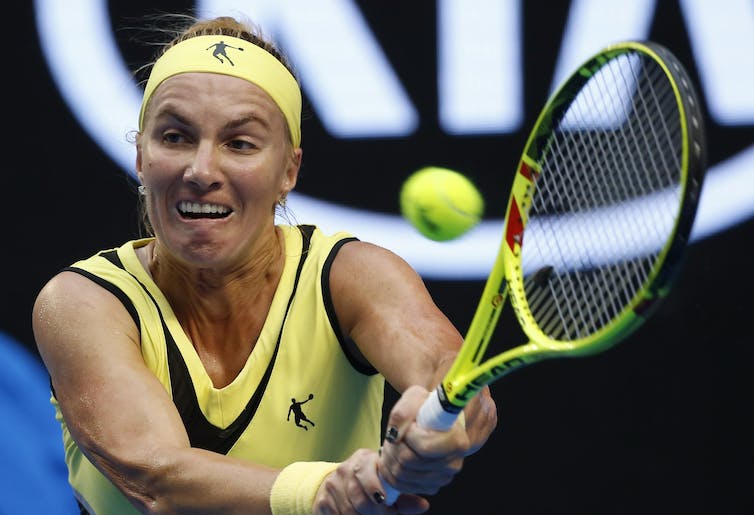 Russia’s Svetlana Kuznetsova , seen here at the 2017 Australian Open, is not here this year due to a wrist injury. EPA/Lynn Bo Bo

We are not arguing against the use of this stroke. Rather, the issue is that some players using the double handed backhand are supinating their top hand so severely that wrist integrity is being compromised. 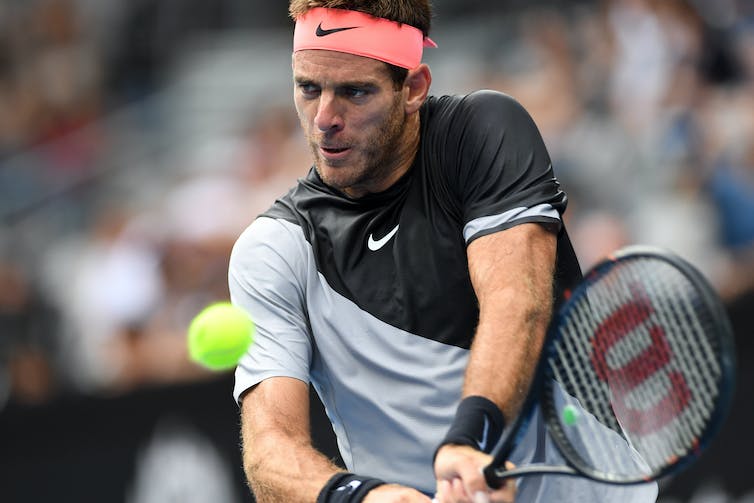 The reality is that players may not realise the degree to which they supinate their top hand during their double-handed backhand, so simply asking them about their grip style is an unrealistic screening tool.

Read more: Three key steps are linked with success in the Australian Open

Fortunately, the cameras in modern smart phones enable wrist position to be monitored to detect whether players alter their grip during the swing.

We encourage coaches, sports science and sports medicine staff to monitor player’s wrist symptoms (such as pain) and swing mechanics regularly, or the number of players missing from major tournaments is likely to increase.

Slow-motion cameras can help capture a player’s grip during play.