The recent furore over the UK’s highest-paid vice-chancellor, Bath University’s Dame Glynis Breakwell, exposes much that is wrong with higher education.

The case has drawn public attention to the inflated salaries of vice-chancellors and the huge wage disparities between managers and low-paid casual academics. In some cases, vice-chancellors in Australia take home more in one week than a casual employee earns in a year.

Interestingly, the majority of vice-chancellors in both the UK and Australia are male, and on the whole earn significantly more than their female counterparts.

What has led to this great divide? What is driving inequality across the sector, and how do these wage disparities compare to the private sector?

While Breakwell’s annual salary of A$812,000 created a storm, Australia’s highest paid vice-chancellors take home around 1.5 times that. In fact, Breakwell’s salary would rank 28th in Australia out of 38 vice chancellors. 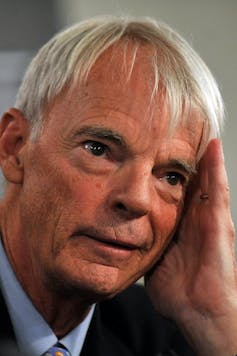 Australia’s 38 public university vice-chancellors were paid an average A$890,000 in 2016, and 12 earned more than A$1 million. The best paid vice-chancellor was Sydney University’s Professor Michael Spence, who received A$1.4 million, after a 56% increase over five years.

Professor Greg Craven at the Australian Catholic University followed on the heels of Spence, earning A$1.25 million. Just behind Craven was Professor Ian Jacobs at UNSW on A$1.22 million. The lowest remuneration went to vice chancellors at Southern Cross (AU$500,000) and Murdoch universities (AU$585,000).

In addition to these lucrative salaries, many vice-chancellors draw performance-related bonuses.

In fact, university bosses in Australia are among the highest paid in the world. They also fare extremely well when compared to other public sector employees in Australia. Prime Minister Malcolm Turnbull earns less than all but one vice chancellor, taking home around A$527,000 annually.

Despite repeated federal budget cuts, job cuts and rising student fees, vice-chancellors’ salaries continue to grow. Much of this can be attributed to the mindset of university councils. They are often comprised of business leaders, retired politicians, senior university managers and senior academics who set salary levels by benchmarking against comparable positions in other corporate sectors. Central to this calculus is income generation and the achievement of a surplus duly rewarded by a performance-related salary bonus.

Read more: Universities get an unsustainable policy for Christmas

The recent acceleration of vice chancellors’ salaries stands in contrast to the remuneration of Australia’s highest earning CEOs, with the median top 100 down 5.2% in 2016 to A$1.72 million.

While Breakwell is the UK’s highest paid vice-chancellor, women remain under-represented in the sector and receive lower pay compared to their male counterparts. 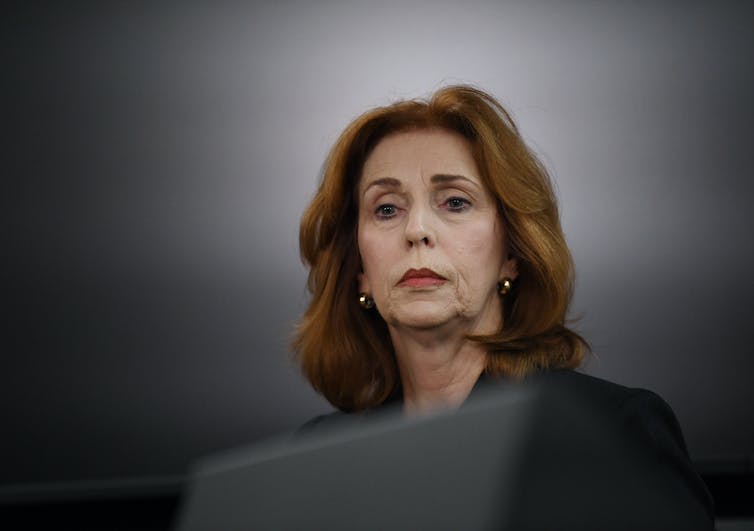 Margaret Gardner is part of a minority of women in vice chancellor positions in Australia. AAP/David Moir

In the UK, only 29% of vice-chancellors are women, and in Australia women occupy just 25% of these positions. In Australia, women vice-chancellors receive an average income of A$831,000 – A$42,000 less than their male peers. Only one female vice-chancellor – Professor Margaret Gardner at Monash University – earns more than A$1 million, compared to nine men.

At the corporate, fiscally-driven university, the ability of vice-chancellors and their senior colleagues to generate income is pivotal. This is evidenced in vice chancellor job descriptions and selection criteria that appear occasionally in flashy brochures.

The controversy around inflated salary packages has been used by federal education Minister Simon Birmingham to attack the sector, demanding universities show they’re creating value-for-money to justify such remuneration.

But demanding value-for-money from vice chancellors alone is a distraction from the far bigger challenge of addressing the institutional inequities that span across Australian Universities. These inequities - of which salaries are part - constrain university research and education in the service of the public good.

The higher education policy of successive governments has played a significant role in driving this inequality, as well as creating the conditions for the corporatisation of universities. Fat cat salaries are just a symptom of the corporate model, not the cause.