There is no cure for endometriosis, a condition affecting one in ten women of childbearing age that can cause painful and heavy periods, fatigue and pain with sex. Some women with the disease experience pain so severe, it makes them nauseated and interferes with their life.

Current treatments, such as surgery and contraceptive pills, can be invasive or cause unpleasant side effects. So, the internet is awash with advice for alternative treatments, including acupuncture and dietary changes. Some women claim to have reduced their symptoms by eating “anti-inflammatory” foods, cutting out gluten, dairy and alcohol.

But what is the evidence behind eating or avoiding certain foods, and should women with endometriosis adhere to a specific diet?

Endometriosis is an inflammatory disease in which tissue similar to the lining of the endometrium (womb), grows outside the womb. The stimulus for this tissue growth is the female hormone oestrogen. Inflammation occurs as the immune system’s natural response to the tissue growing somewhere where it shouldn’t.

It’s logical to assume that foods known to influence oestrogen production (such as soy products) or those that have anti-inflammatory properties (like green, leafy vegetables, nuts and oily fish) may have an effect on endometriosis and its symptoms. 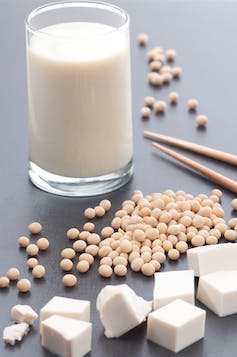 Avoiding foods that influence oestrogen production, like soy productsm could help with endometriosis symptoms. from shutterstock.com

But the research on this is inconclusive. A wide range of nutrients and food substances – including fat, gluten, various vitamins and minerals, antioxidants, caffeine, gut flora and food toxins – have been studied. And while some studies show a response to dietary changes, others refute it.

The severity of symptoms and response to diet will also vary according to the individual, making it difficult to be prescriptive about dietary management.

Back and forth on dietary fats

Several studies have shown a relationship between certain types of fat and the incidence of endometriosis, as well as the severity of symptoms.

A study conducted in 2010 analysed whether consumption of dietary fat was associated with incidence of endometriosis. It found total fat intake had no bearing on the disorder, but showed that women with the highest intake of omega-3 fatty acid consumption were less likely to be diagnosed with endometriosis.

Research shows that omega-3 fatty acids reduce inflammation. The best sources of omega-3 are oily fish such as salmon, mackerel, sardines, trout and herring. There are smaller amounts in plant-based foods such as canola and flaxseed oil, and green vegetables.

The study also showed those women with the highest intake of trans-fats were more likely to be diagnosed with endometriosis. Trans fats occur naturally in animal foods such as butter, milk and meat and they are also found in commercially prepared fried and baked foods. This could explain the stories of women who found reducing dairy intake, helped their symptoms. 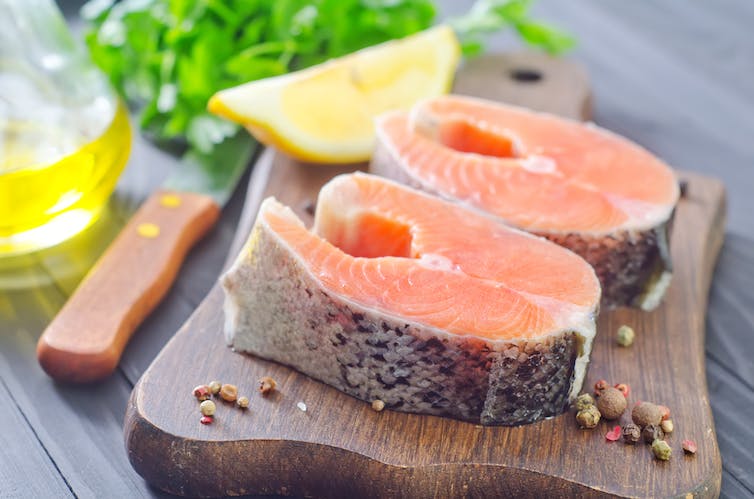 Fatty fish like salmon and mackerel are the best sources of omega-3 fatty acids. from shutterstock.com

In 2013, a review of 12 studies, including 74,708 women, looked at the relationship between diet and endometriosis. The results in this paper were consistent with the paper in 2010, making the evidence for the protective properties of omega-3 fatty acids more rigorous.

However, another 2013 review of 11 studies on endometriosis and diet was inconsistent with the above findings. This one showed that women with endometriosis seemed to consume fewer vegetables and omega-3 fatty acids; and more red meat, coffee and trans fats.

But these findings could not be consistently replicated, and the authors concluded:

Further studies are needed to clarify the role of diet on endometriosis risk and progression.

Then, in 2015, an analysis of the evidence of diet on the development and progression of endometriosis said something else again. It showed that foods rich in omega-3 fatty acids with anti-inflammatory effects and increased consumption of fruits, vegetables and wholegrains, were found to exert a protective effect on developing endometriosis and possibly regressed the disease.

Read more: Whole grains are better for you but they're no panacea

Some women claim their symptoms improve on a gluten-free diet. 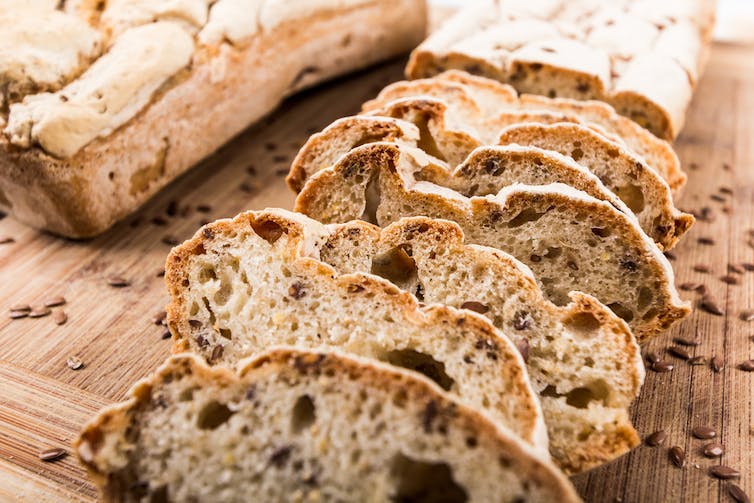 Some women find their endometriosis symptoms improve on a gluten-free diet. from shutterstock.com

The relationship between vitamin D (with its anti-inflammatory properties) in the development of endometriosis has also been looked at. One paper concluded that endometriosis may be influenced by vitamin D intake but that it was difficult to illustrate due to sparse evidence from human studies.

Read more: Should you be worried about getting enough vitamin D? 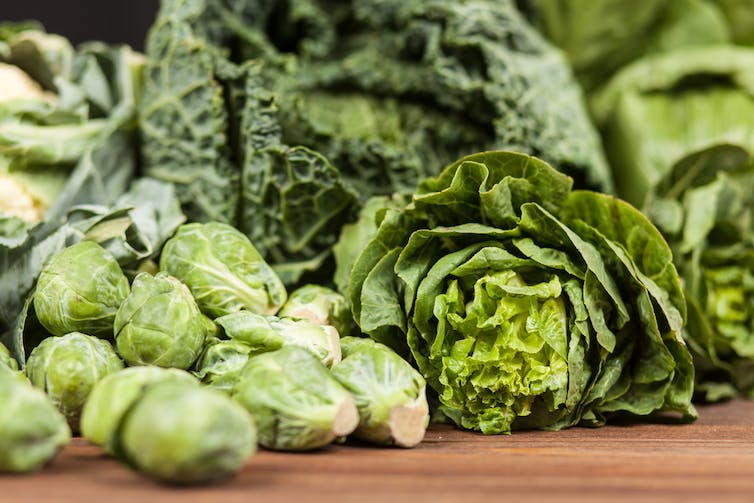 Including green, leafy vegetables in your diet is good for your overall health. from shutterstock.com

It doesn’t hurt to eat well

Maintaining a healthy diet is always important and especially so for anyone dealing with a chronic, debilitating condition. There is also no harm in being proactive and attempting dietary changes that may be beneficial for endometriosis.

Including these foods in your diet may help your symptoms:

It may also help to avoid or limit these foods: