A fleeting glimpse of the black spots and gold fur of a leopard is not an uncommon sight at Sanjay Gandhi National Park in the Indian city of Mumbai.

Leopards are often thought of as a threat to humans, but rather than being a problem in Mumbai, they may actually be helping their human neighbours – even saving their lives – as we argue in our paper published today in Frontiers in Ecology and the Environment.

Recent studies suggest there may be as many as 41 leopards roaming the 104km2 park. That’s about two to three times the leopard density you’d find in some of the most productive savannas in Africa or Sri Lanka.

Mumbai’s leopards live alongside people, mostly in informal settlements, and they hunt and kill dogs in and around their villages. On average, dogs make up about 40% of a Mumbai leopard’s diet.

A walk in the park.

So what, you might ask. Leopards are one of the world’s most adaptable big cats, feeding on more than 100 prey items worldwide, so aren’t they just doing what an opportunist would do?

A city of dogs

If you’ve ever visited Mumbai, you’ll probably remember a few incredible sights: the Gateway of India, Mumbai’s bustling city and teeming traffic – and its dogs.

Hundreds and thousands of dogs. On every street corner, in every alley. Recent surveys have shown that about 95,000 dogs roam Mumbai. 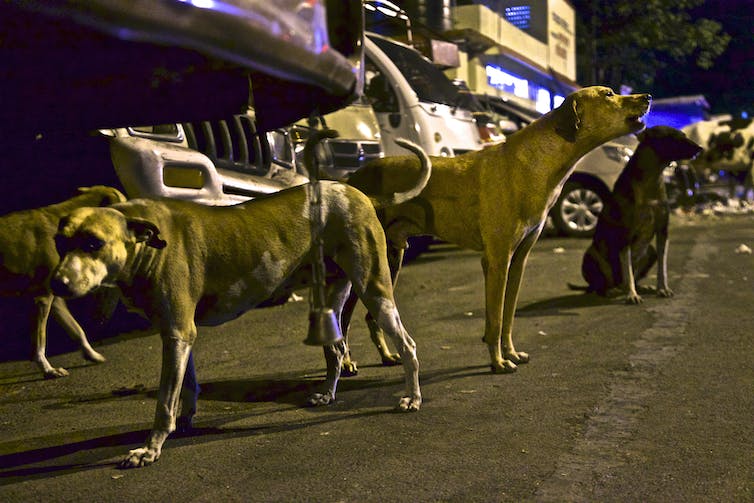 We wanted to delve deeper into the uncanny relationship Mumbai’s leopards have with the dogs. And what about bites, we asked. Do dogs bite people, and what about rabies risk?

After sifting through about 40 newspaper articles and online reports, we found that nearly 75,000 bites are recorded annually in the city (although many more are likely unreported). More than 420 people in Mumbai have died from rabies as a result of stray dog bites over a 20-year period.

It was at that point we wondered whether leopards help to protect people from dog bites by keeping the dog population down – especially around the park where their diet is dominated by dogs.

Surveys performed by population biologist Lex Hiby and Nikit Surve of the Wildlife Institute of India around the park suggest that the answer is yes. Dog densities there are lower and, according to our analyses, citizens might experience only 11% of the bites compared with people who live further from the park. 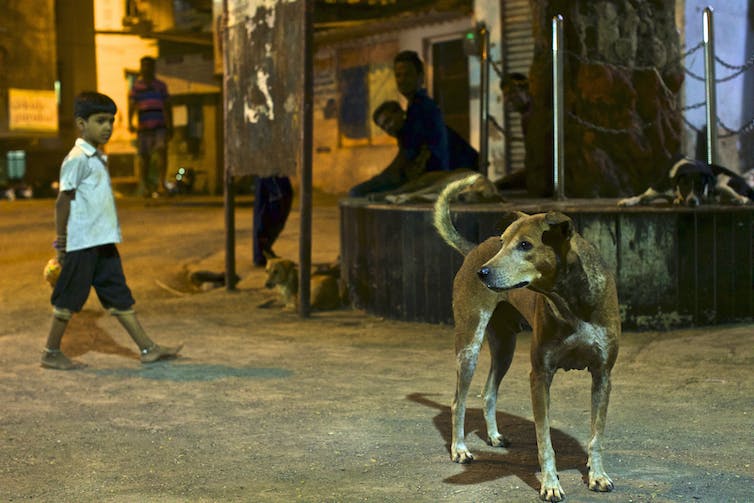 Moreover, by consuming between 800 and 2,000 dogs per year, we calculate that the leopard population saves the Municipal Corporation of Greater Mumbai about US$18,000 (A$23,000) in sterilisation costs (or 8% of the municipality’s annual sterilisation budget).

If you remove the leopards

The final piece of the puzzle was to model what a park with no leopards would look like – a sad prediction if increased urbanisation, deforestation and conflict occur over future decades.

Under one set of assumptions, we found dog bites could increase by between 140 to more than 5,000 per year as dog populations would grow in and around the park area. The medical costs for these bites could total as much as US$200,000 (A$256,000) per year. 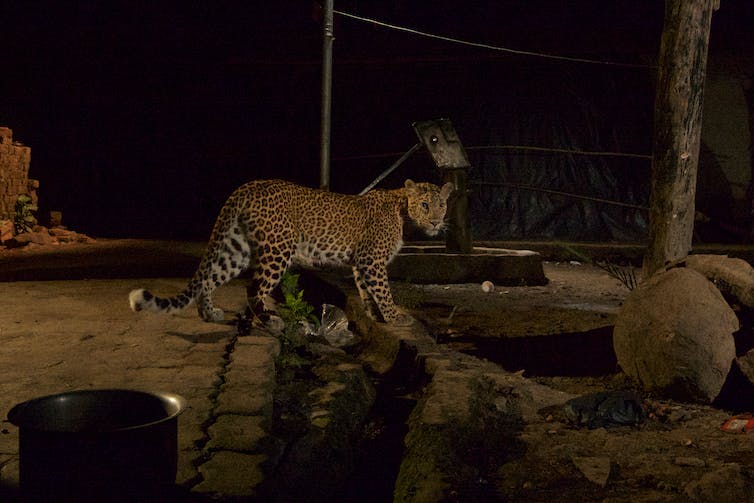 Our research puts a new twist on a large predator that has been persecuted for millennia, and which has generally been viewed as a nuisance to stock farmers globally and those living on the edge of Sanjay Gandhi National Park.

Leopards are believed to have disappeared from about 63-75% of their global range. We have to think of large predators in a broader sense – they can at times be helpful to farmers, ecosystems and even insurance companies. 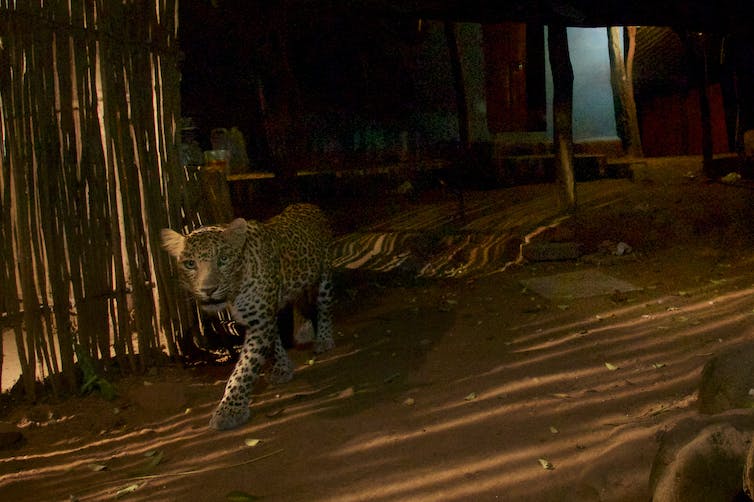 The big challenge in Sanjay Gandhi National Park is not only leopard attacks on the odd pig or cattle calf – leopards here sometimes kill people. Leopard attacks on people peaked at 25 cases in 2002. Most of these were attributed to leopards moved from other forest patches into Sanjay Gandhi, a kind of catch-and-dump scheme by local governments for problem animals.

It’s thought this had a chaotic effect on leopard home ranges and social structure as leopards are territorial. But leopard attacks came to an almost complete halt for four years until 2017 when residents were angered by a spate of new attacks.

The big challenge is to evaluate the benefits of these leopards and similar large carnivores; it’s equally important to assess the costs of these species to local communities. The real issue is navigating the costs with the benefits, and identifying those cases of net-benefit.