This article is a longer read. Enjoy!

Recent closures and transfers of university campuses and the University of Wollongong’s opening of a campus in Liverpool in southwestern Sydney reflect more general changes in Australian universities. This is affecting not only campuses but faculties, study modes and student groups. It may even have implications for some universities’ future.

Currently, an Australian university of fewer than about 10,000 students would struggle to maintain a broad range of programs and strong research in all its fields that many consider necessary to be a full university.

There are currently eight universities with fewer than 10,000 equivalent full-time higher education students. Half of those are private, but their support by sponsors and specialised mission protect them from standard public policy expectations. 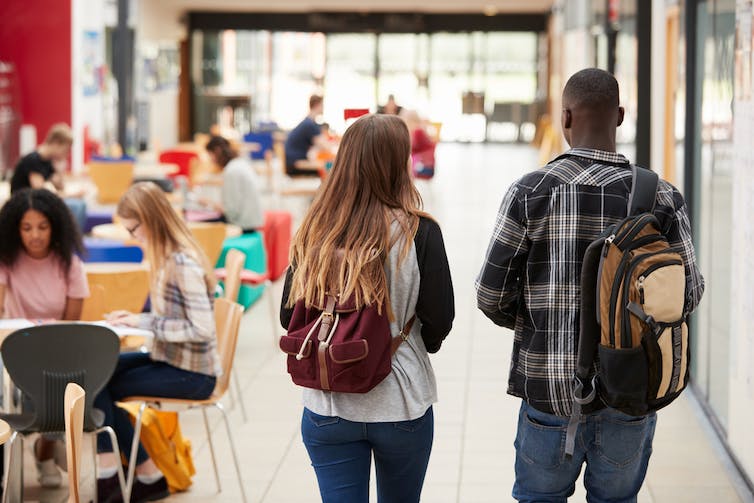 An Australian university with fewer than 10,000 students would currently have difficulty offering a broad range of programs and strong research in its fields. Shutterstock

Australia’s smallest universities are private, and so don’t rely on normal public policy, financing, or politics. The University of Divinity, formerly Melbourne College of Divinity, reported a load of only 713 students in 2016. But it is a specialist university that does not expect to offer a full range of programs. It is supported by more than 30 partners in the Christian churches and religious orders who compensate somewhat for its economic disadvantage.

Torrens University Australia reported a load of just over 3,000 students in 2016. It was formally launched in 2014 and has grown strongly since then. It is supported by its parent Laureate International Universities, a for-profit chain of almost 70 universities in 29 countries.

Bond University reported a student load of only 5,645 in 2016, a fall of 7% since 2009. But its student load has been recovering in the last three years. It is a private not-for-profit university, though supported by extensive public subsidies, and presumably will continue with the support of private sponsors.

Australian universities have depended heavily on international students since the late 1990s, and manage shifts in demand well. But some universities faced additional challenges from 2010 to 2017. This was when the demand-driven system allowed public universities to enrol as many domestic students in bachelor programs as they wanted.

Southern Cross University in northern New South Wales now has a student load of only 9,743, which has fallen by 4% since 2009. Its domestic bachelor student load exposed to the demand-driven system fell even further, but the ending of that policy should give the university time to rebuild, and its total student load increased by 6% and 5% in 2016 and 2017.

These universities have substantial distance education or online programs, which have allowed them to serve students beyond their campuses and study centres. External and multi-modal students have increased from 18.5% of all enrolments in 2009 to 27% in 2016. 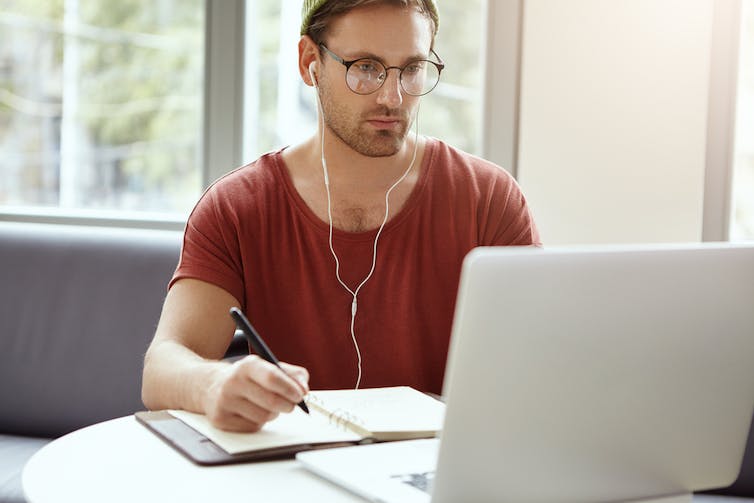 Small universities that have expanded their domestic bachelor student loads since 2009 have good distance education or online programs. Shutterstock

These programs developed from those universities’ deep tradition and expertise in distance education. But Swinburne University in Melbourne’s eastern suburbs has been able to establish a substantial online education program without the same tradition.

Both universities have their main campus west of Melbourne’s central business district, so have somewhat overlapping student catchment areas. They were pressured by increased competition for domestic undergraduate students as a result of the demand-driven system. Both have substantial student load in vocational education and they also suffered the continuing effects of the previous Victorian government’s cuts in vocational education funding rates.

Federation University can build on the long expertise in distance education of its Gippsland campus. Victoria University doesn’t enjoy such a legacy, but is introducing an innovative first year model based on the strengths of its vocational and higher education.

The contentious restructuring of faculties, featured in the media recently, have been in the visual arts, music, other creative arts, and languages. These all tend to be very expensive to teach and have modest enrolments.

But previously universities have cut economics programs. They are less expensive to teach and are assured sizeable first year enrolments from accounting and business students.

Universities are likely to continue restructuring their campuses, faculties and study modes in response to changes in funding arrangements, student demand, research performance and their own priorities.

Read more: Many Australian universities may be in surplus, but does that mean there's fat to cut?

Australian universities can cut their budgets relatively quickly because of their very high rates of casualisation. Neither does Australia have the North American tenure system, which protects tenured academics against redundancy, except in cases of the institution’s “financial exigency” threatening the survival of the institution as a whole.

Cutting staff numbers and pay has recently been made even easier by the prospect of universities following Murdoch University in applying to terminate their enterprise agreement which provides higher pay and better redundancy provisions than the basic award.

But building new programs, study modes, campuses and research strengths which attract students, financial support and esteem takes much longer. Universities under serious financial and enrolment pressure that cannot negotiate the time to build their way out of their difficulties are unlikely to be closed. The investment in campuses, institutional resources and staff are too valuable to discard.

And while some universities may not meet optimistic expectations of growth, they serve important roles in their communities which are valued all the more by smaller communities without other significant institutions. But they may have to resort to being “merged” or taken over by a stronger partner.