Recent changes in Queensland planning law continue the shift toward a more commercially oriented, business-friendly planning framework that relegates accountability and public access and influence to a minimum.

This stands in contrast to a 2015 government directions paper for planning reform that declared:

The planning system should be open, transparent and accountable to ensure that both the community and industry can have confidence in the decisions that are made.

When the then planning minister, Jackie Trad, introduced the Planning Act in 2016, she identified three reforms that supported transparency:

These reforms are laudable. But, when weighed against other trends entrenched in the law, they are relatively trivial.

The act, which took effect in mid-2017, makes development assessment an even more discretionary affair. It leaves community-based litigants with even less prospect of success in the Planning and Environment Court.

Code assessable development must be assessed primarily against the applicable planning scheme – that is, the publicly notified and formally developed planning agenda for the area.

This is reasonably logical. Code-assessable development is supposed to be generally consistent with the planning scheme goals. The public had the opportunity to comment on the scheme in its drafting.

However, the Planning Act also allows decision-makers to approve development applications that do not comply with some or all of the planning scheme codes whether or not conditions will directly and adequately substitute for that lack of compliance. This means councils may approve applications whether or not they comply and with or without whatever conditions they like.

With that much flexibility in the system, why bother writing codes at all? Wasn’t the existence of the codes why particular developments were identified as code-assessable in the first place? Do we still agree these types of development should escape public scrutiny (code-assessable development is not publicly advertised) if they can depart from any planning scheme code that supposedly applies to them?

Impact assessment has also become a more discretionary exercise under the Planning Act. Councils must now assess impact assessable development against the entirety of their planning schemes, including the overall strategic objectives. They may also have regard to “any other relevant matter”.

Under the old law, councils were obliged to ensure their decisions did not conflict with their planning scheme unless there were “sufficient grounds to justify the decision”. This gave priority to the planning scheme. By implication, a departure from its terms would be the exception, not the norm.

The new act contains no requirement to give priority to the planning scheme. Nor does it require that any departure be justified on “sufficient grounds”.

The planning scheme ranks equally with “any other relevant matter” as a decision-making criterion. A “relevant matter” is not defined, except to state it does not include “a person’s personal circumstances, financial or otherwise”.

This change’s overall effect is that decision-makers are now expected to assess all aspects of development applications. They do so in the light of their planning instruments and any other relevant matters – including strategic economic considerations. They don’t need to attach any particular priority to the performance measures stated in their formal planning instruments.

Changes to the decision-making rules for impact assessable development will have a flow-on effect in the Planning and Environment Court.

In Queensland, the court holds a merits review power for such development. This means the court, on appeal, is empowered to make an entirely new decision in accordance with the applicable law and after considering the case’s facts.

However, the court generally respects a council’s decision unless that decision patently cut across an important planning strategy as expressed in its planning scheme or failed to properly consider another statutory decision-making criterion. 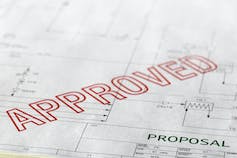 Under the changes, all decision-making criteria now rank equally. A council is free to decide there are relevant matters that justify it disregarding its planning scheme and provide a statement of its reasons. Because there is no longer any requirement to ensure those reasons sufficiently outweigh a primary requirement to comply with the planning scheme, the court is left with no criteria against which to test the council’s decision-making.

As the law now gives councils such wide discretion, they really cannot be held to account unless they follow incorrect statutory procedures or make a decision so “manifestly unreasonable” that no reasonable council could have made it.

Over to the public …

Together, these changes take discretionary decision-making to a new level of uncertainty. They undermine the certainty and accountability required of decision-makers when they apply planning schemes.

This raises questions about whether the Planning Act, despite laudable intentions, will – in practice – do more to compromise public participation, predictability, transparency and accountability than to advance it. The community will need to be vigilant to ensure this does not happen.