Medical and surgical intervention during birth continues to rise in much of the world. Nearly one in three women who give birth in Australia have a caesarean section and around 50% have their labour induced and/or augmented (sped up with synthetic hormones).

Our new research, published today in the journal Birth, found babies born via medical or surgical intervention were at increased risk of health problems. These include short-term concerns such as jaundice and feeding problems, and longer-term illnesses such as diabetes, respiratory infections and eczema.

Intervention will sometimes be required in childbirth, but should only occur when medically necessary.

Our international team, based in five countries, analysed data from nearly 500,000 healthy, low-risk women who gave birth in New South Wales between 2000 and 2013, and their children. We looked at their children’s health in the first 28 days and up to five years of age.

We then compared the health outcomes of children whose mothers went into labour spontaneously and gave birth vaginally, with those who were born via medical or surgical intervention.

Medical intervention is when labour is induced using synthetic hormones that start labour and/or augment labour by producing stronger contractions.

Surgical intervention includes caesarean section and instrumental delivery using forceps or vacuum. This is where metal tongs or a plastic suction cap are placed around or on the baby’s head to enable it to be pulled through the vagina.

Read more: From barber surgeons to car mechanics: the technologies of vaginal birth

Our study adds to the growing scientific evidence that children born by spontaneous vaginal birth have fewer short- and long-term health problems.

The findings hold even when you take into account the reason that might pre-empt the intervention, such as induction or caesarean section because the mother has diabetes or high blood pressure. We removed all women with such risk factors from the study. 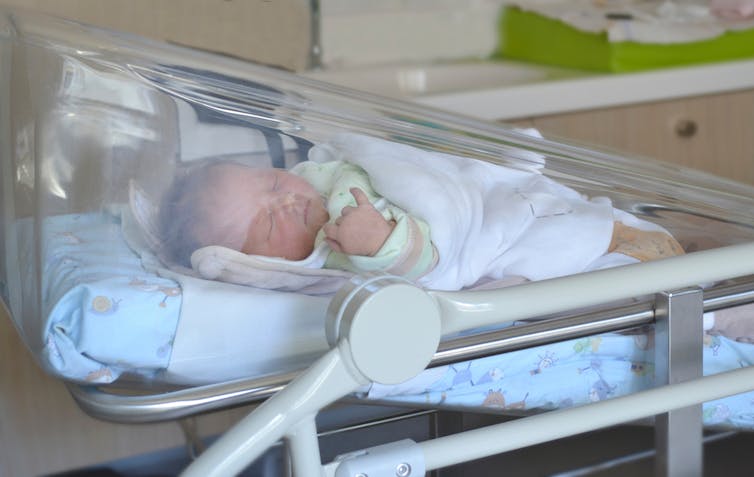 Rates of infections are higher among babies who experienced any intervention. kipgodi/Shutterstock

This study showed an association between common forms of medical and surgical intervention and certain health outcomes for the child. It didn’t find one thing caused the other. But there are some obvious reasons for some of the links.

Forceps and vacuum birth, for instance, can cause bleeding and bruising in the baby’s scalp. These blood cells break down, releasing bilirubin that causes the skin to look yellow, which signals jaundice.

Babies born by caesarean section are more likely to be cold because the operating theatre is cold. Despite recommendations for the baby to be placed on the mother’s chest as soon as possible, this doesn’t always happen.

Reasons for the increased risk of longer-term problems are much less clear, but there are a couple of interesting hypotheses.

The first key theory is based on epigenentics: that life events affect how genes function and are passed on to the next generation.

Labor and birth exert a positive form of stress on the fetus, which impacts on the genes responsible for fighting off bugs, weight regulation and suppressing tumours. Too little stress (no labour and elective caesarean section) or too much stress (induced/augmented labour and instrumental birth) could impact the expression of these genes.

The second key theory is the extended hygiene hypothesis. This suggests that vaginal birth provides an important opportunity to pass gut bacteria from mother to baby to produce a healthy microbiome and protect us from illness.

If we have an unhealthy microbiome, we may be more vulnerable to infections, allergies, diabetes and obesity.

How to reduce unnecessary birth intervention

Recently released guidelines from the World Health Organisation (WHO) recommend ways to reduce unnecessary intervention by encouraging evidence-based clinical care. Among the recommendations are three that can be applied in Australia:

Introducing a more evidence-based approach to care during labour and birth can increase the rates of spontaneous vaginal birth and reduce unnecessary intervention. 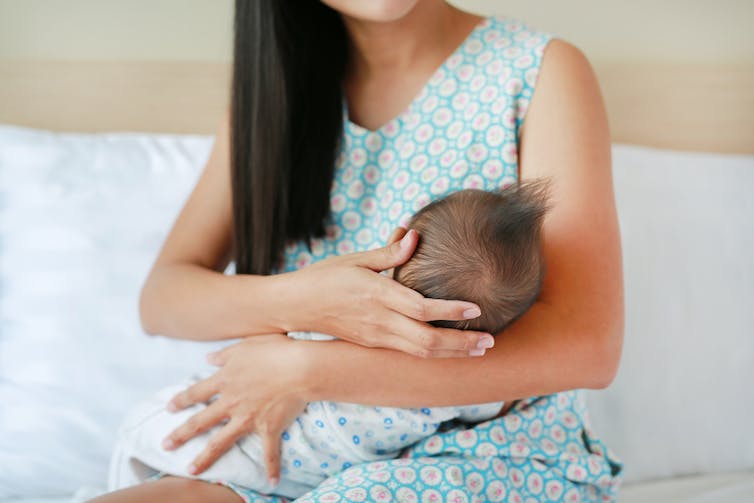 Child birth guidelines should be evidence based to avoid unnecessary intervention. GOLFX/Shutterstock

When intervention is necessary

A certain level of intervention during childbirth improves outcomes for women and babies. But the World Health Organisation recommends the caesarean rate should be under 15%.

Babies may need to be induced when they are small and not growing well, or if they are overdue (beyond 41-42 weeks).

Caesareans may be necessary before labour even starts, such as when the placenta is lying across the cervix (placenta praevia), or when labour is in progress, if the baby gets distressed.

If you need to have your labour induced or augmented, or require an instrumental birth or a caesarean section due to complications, there are some things to help modify the long-term effect on your child. Seek uninterrupted skin-to-skin contact after the birth and exclusively breastfeed, if you can.

It is important for women and their partners to have all the information about both short- and long-term effects of intervention to make truly informed decisions about care during pregnancy and birth.