Last week, more than 100 girls who had been abducted by the Islamic militant group Boko Haram from a Nigerian school in Dapchi in February were released to their families. But the community was also threatened that if the group returned and found any girls in school, they would be abducted again – and not returned.

Meanwhile, in Syria, conservative estimates are that at least 4,072 schools have been forced to close, used as shelters, or destroyed due to the conflict. And there have been at least 1,292 attacks on schools in the Hama, Daraa, Homs, and Idlib provinces.

While a coalition of NGOs were presenting the findings of their #SaveSyrianSchools project in a public hearing in Geneva last week, another school was bombed in Syria, killing at least 15 children.

These examples reflect broader trends of targeting education across conflict-affected parts of the world. It is estimated that one in four school-aged children in conflict-affected nations are not in school. This is a total of around 27 million children. And girls are 2.5 times more likely to be denied an education.

Read more: Aleppo's dying children and shattered health system: is there light at the end of the tunnel?

Why use schools as battlegrounds

There are many reasons why schools and students, despite being protected by international law, are targeted during times of armed conflict and unrest. Students collected together in a school, or isolated travelling to and from school, are prime targets for abduction by armed groups.

Children are often taken to be recruited as child soldiers, or used as human shields or human bombs. Schools are soft targets, and the targeting of children is very effective in campaigns of terror, having a destabilising effect on communities.

Schools and universities are also ideal locations for military headquarters and facilities, and can become central to war efforts. This makes them key military targets for opposing sides. 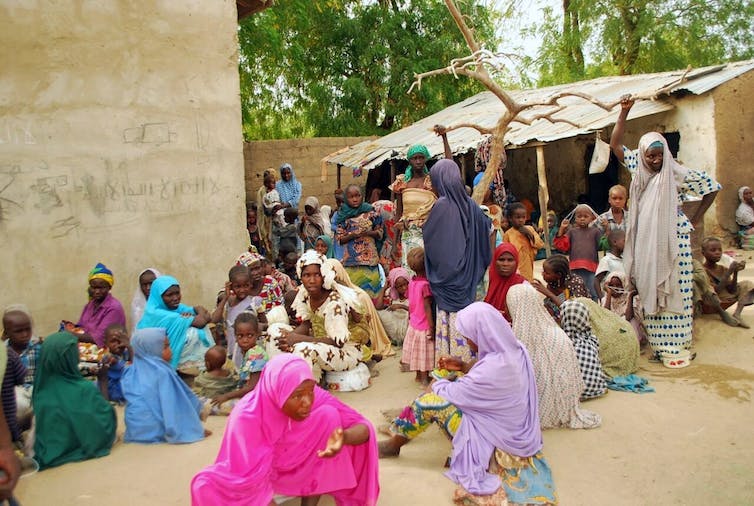 An internationally recognised move by Boko Haram remains that on the school in Chibok in 2014, where it abducted 276 children. EPA

Schools can be seen by armed groups to represent state authority, and are therefore key targets in campaigns against the government. This is especially true when the groups disagree with the form of education being provided. This reality is perhaps best illustrated by Boko Haram, which in 2015 committed to the cause of Islamic State and renamed itself the Islamic State of West Africa.

Despite the change, the group remains best known as “Boko Haram”, which in the local Hausa dialect roughly translates as “Western education is forbidden”. Targeting schools and abducting children is a core strategy of the group, whose extremist beliefs oppose such education as sinful, and particularly object to the education of girls.

Boko Haram’s infamous 2014 abduction of 276 girls in Chibok sparked the #BringBackOurGirls social media campaign. According to Human Rights Watch, more than 910 schools have been destroyed by Boko Haram in Nigeria; 600 teachers have been murdered, and thousands have been more forced to flee.

What the rest of the world can do

All children have the right to an education, and that can only be secured when schools are safe places to study. While the world watches and encourages American children rallying to make their schools safer, it’s a salient time to remember that 75 million children worldwide experience significant disruption to their education in regions of conflict and insecurity.

Despite the United Nations declaring attacks on schools as one of the six grave violations that most impact on children during armed conflict, much remains to be done to safeguard education during conflict – particularly for girls.

This is largely because education is not seen as a priority in crisis situations. Its loss is not immediately life-threatening, so it often takes a back seat to other concerns. This forms part of what is sometimes referred to as “the humanitarian-development divide” – the disconnect between priorities during protracted crises. Education is often one of the first services to be lost during a crisis, despite its importance to communities.

Education attracts less than 2% of global humanitarian aid. Many affected countries invest far more on their military spending than they do on education.

While many initiatives and funds exist, there is still a need for greater coordination between government bodies and NGOs to effectively mount a response. And with countries slashing their aid budgets, this will become increasingly difficult.

There may also be a lack of political will to confront this problem by countries not directly affected. In Australia, this is reflected by the government’s current failure to endorse the Safe Schools Declaration – an international commitment supporting clear guidelines and reporting mechanisms to protect schools and education during armed conflict. These include the commitment not to use schools or universities for military purposes and to support measures to monitor and report on attacks on schools.

Education is a right, not a luxury to be indulged in better times. To rise out of conflict and create truly stable communities, education is a necessary investment in the future, and the international community shares a collective responsibility to protect it.