Every year at the end of March and early in April, the 11 million Australians who have private health insurance receive notification that premiums are increasing.

Premiums will increase by an average of 3.95% from April 1 and will vary with the insurer and the product. The increase is lower than previous years but still higher than any wage growth, leaving consumers wondering if they should give it up or downgrade to save money.

Australia has a universal health care system, Medicare. Health care is available to all and is financed, in part, through a 2% tax on our wages (the Medicare levy). Access to general practitioners and public hospitals are just some of the benefits.

The Commonwealth government encourages Australians to have private health insurance. It imposes penalties for not taking it out (paying more income tax: the Medicare levy surcharge) and offers incentives for those who do (rebates on premiums).

Australians have different reasons for taking out private health insurance. For some, it makes financial sense to take out policies to avoid paying the Medicare levy surcharge.

Read more: Explainer: why do Australians have private health insurance?

Others choose to take out policies to avoid waiting times for elective treatment (predominantly surgery); to choose their own specialist or hospital; or to have the option of a private room, better food or more attractive facilities.

Some people perceive that private health insurance will give them access to better care in the private system. Many are fearful they won’t get the services they need in the public system.

Shorter waits than the public system

A universal health system is based on people with the most clinical need gaining access to the services required.

Most emergency treatment is provided in public hospitals. The case is different for “non-urgent” or elective surgery, with patients encouraged to use their private health insurance, mainly because of waiting times for such surgery in the public system.

Elective surgery waiting times for public hospitals vary according to whether patients are publicly or privately funded. In 2015-2016, the median waiting time (the time within which 50% of all patients are admitted) was 42 days for public patients, 20 days for patients who used their private health insurance to fund their admission, and 16 days for those who self-funded their treatment. 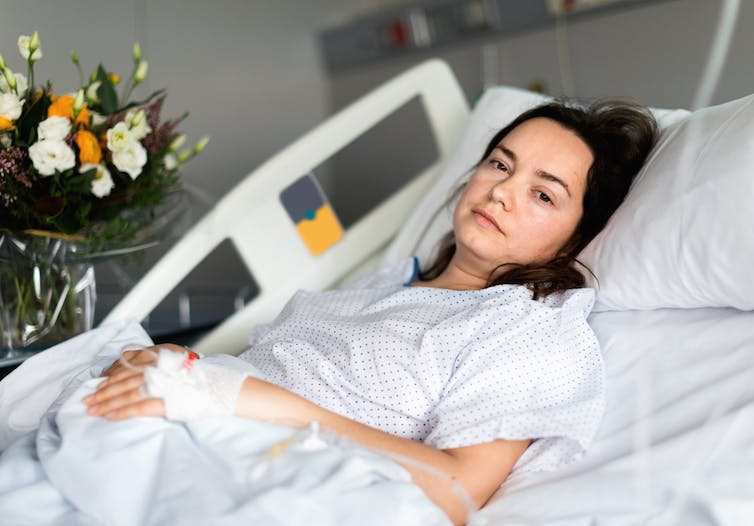 Bear in mind, however, that waiting times vary according to clinical urgency. In 2016-17 in New South Wales, 98% of public patients were admitted within the clinically recommended time frame.

The question of choice

Choice of provider is a leading reason people take out private health insurance.

But do people really have choice? Choice is not equally distributed, and not everyone with private health insurance gets the choices they desire.

Read more: Private health insurance and the illusion of choice

Private health insurers reserve the right to restrict benefits, or provide maximum benefits for using their “preferred providers”. This, in fact, limits the choices consumers can make.

A recent example of this is the announcement from Bupa that, from August 1, members will face higher out-of-pocket costs in private hospitals that don’t have a special relationship with the company, and some procedures will be excluded from particular policies.

If you decide to keep your private health insurance, make sure you’re getting the best deal on a policy that’s right for you. Shop around for a policy that meets your needs.

Take note of what is excluded. If you are thinking about starting a family, you may want to look at whether obstetrics care is covered. For those who are older, inclusions such as hip replacements and cataract removal may be more important.

The Australian government website PrivateHealth.gov.au or the Choice health insurance finder are good places to start. These include all registered health funds in Australia and allow you to compare what is covered in each policy.

Other “free” comparison sites may compare only some health funds and policies, or earn a fee per sale from insurers.

Before taking out extras cover, see whether you are better off to self-insure: setting aside money for if and when you need to pay for extras such as dental or optical care.

Review your policy each year and talk to your health insurance fund about your changing needs. Seek redress if something goes wrong.

If you need a procedure, find out the waiting period in the public system, rather than assuming it will be quicker in the private system. Check the out-of-pocket costs if you choose to use your private health insurance. Then you can assess whether the price tag is worth getting your surgery a few weeks earlier.

* This article originally said more than half of Australians had private health insurance. This has now been corrected to 45.8%.