Housework is traditionally understood as an economic exchange – housework for money – or as a form of patriarchy drawn along gendered lines. Yet our new study argues that housework is also divided according to the previous night’s fight and our knowledge of our partner’s trigger points.

For many couples, the notion that housework is a form of interpersonal tension and support is not surprising – we adjust our behaviours daily as a form of love, caring and compassion for our partners. However, existing theories assume our housework is divided based on four dimensions of our lives: our earnings, our time demands, our gender role attitudes and our gender.

These concepts have been well supported in academic scholarship. Men do less housework, on average, than women; the partner with more resources (more work time and money) spends less time in housework; and couples with more traditional gender attitudes have more traditional work and housework divisions. 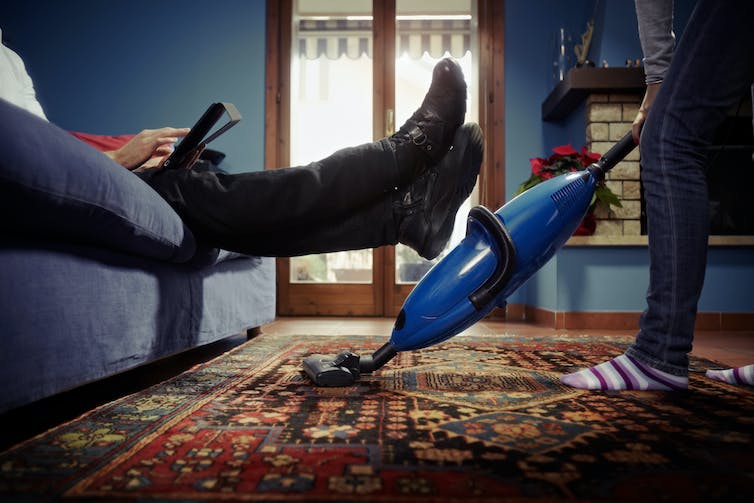 Time, money and gender are important, but we argue that for modern couples, the interpersonal knowledge developed over the duration of a relationship is increasingly important for the way couples negotiate housework.

Read more: Sharing the parenting duties could be key to marital bliss: study

By introducing a new theoretical perspective, we argue that housework research needs to expand data collection to understand these processes.

We suggest a new explanation for the way couples divide housework – the “diverse capital” approach. According to this approach, over the duration of a relationship couples develop two distinct forms of interpersonal capital.

These forms of capital can be described as “emotional capital”, or a deeper understanding of one’s partner’s trigger points for conflict, and “relationship capital”, or credit developed from previous conflicts or helping one’s partner. Both forms of interpersonal capital are then used to divide housework between spouses and may change over the duration of the partnership.

Over the duration of the relationship, partners become more intuitive to the others’ needs, preferences and points of conflict. In healthy relationships, each partner uses some dimensions of this knowledge to adjust behaviours to maximise marital harmony, reduce interpersonal conflict and demonstrate love.

Our study argues that emotional capital may also be used to structure housework allocations. For example, one partner may have higher cleanliness standards than the other, which is a source of relationship conflict. In response, the other partner may adjust his or her cleaning patterns to reduce relationship tension around these different standards.

Or, if divergent preferences remain, a failure in consistency about housework may lead to marital conflict and divorce.

Read more: Roses are red, violets are blue, I'll stay forever if you scrub out the loo

In addition to the entire housework load, couples may also be particularly sensitive to specific housework tasks as sources of conflict. For example, he hates when she leaves food in the sink and she hates when his coffee grounds spill on the bench. 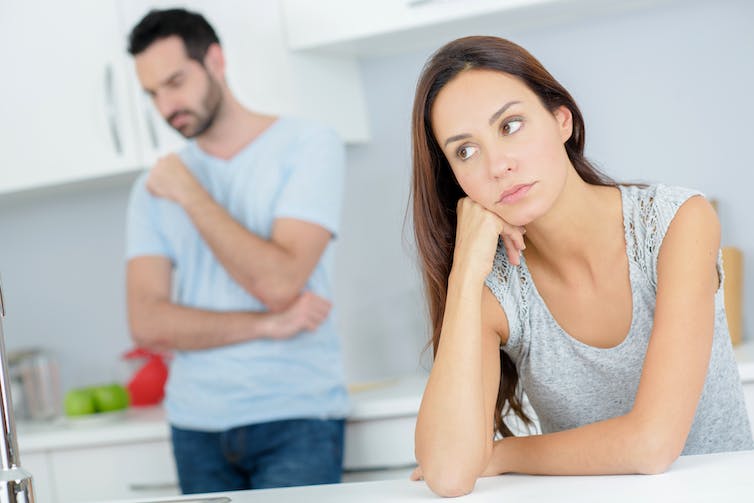 Couples come to learn each other’s trigger points when it comes to tension over housework. Shutterstock

In this partnership, these types of messes function as trigger points for conflict and, in response, each partner may adjust their housework behaviour to appease the other person. Alternatively, she may continue to leave food in the sink drain and, over time, this may be a perpetual point of conflict that could lead to divorce.

After a conflict, couples may use housework as gesture of love, compassion and goodwill. In addition to traditional gestures of love such as flowers, chocolates and sex, one partner may also clean the house or make a special dinner (shopping, cooking and clean-up) to ameliorate the conflict. In this respect, housework may be a form of an apology to the wounded spouse. 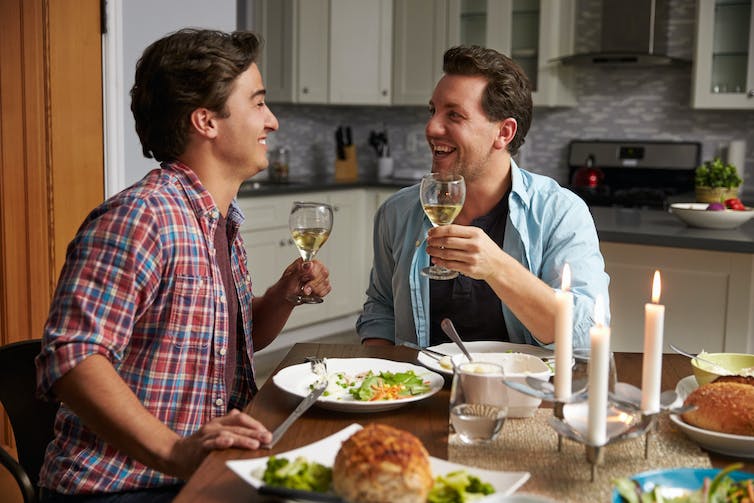 A special dinner cooked at home may be used to relieve conflict between spouses. Shutterstock

Relationship capital can also be stored for the long term by helping a spouse at a critical juncture. One partner may assume a larger share of the housework during critical transition periods for the other – like when one partner has a major work project or is building a business – with the expectation that the other will reciprocate later.

This see-sawing of domestic work may be increasingly common among young dual-earner families, who are simultaneously balancing two careers and children. The failure of a reciprocal exchange of housework during pressing time periods may jeopardise the relationship and lead to divorce.

Women may be more vulnerable to poor exchanges given that gender roles tie them to housework at critical time points (such as the birth of a child), endanger their careers, and contribute to gender inequality.

Couples today are balancing more complicated interpersonal and work relationships than in the past. Our new theoretical approach suggests that relationship and emotional capital play an integral role in explaining who does the housework – which is more important than roses and chocolates.