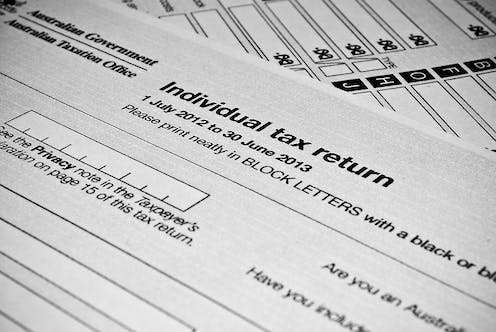 A joint Fairfax/Four Corners investigation has uncovered a series of cases where taxpayers, particularly small businesses, have battled with the Australian Taxation Office (ATO) over tax assessments they claim are unfair.

The investigation suggests the tax office has broken the trust of taxpayers.

Professor of Taxation Law, Michael Dirkis, was senior tax counsel for the Taxation Institute of Australia from 1999 till 2009 and has been involved in consultations for various tax reforms.

He says the problem is that the Taxpayers’ charter which sets out the relationship between the tax office and taxpayers, isn’t enforceable for tax officers.

“If a taxpayer does the wrong thing, then clearly the full force of the law can be brought to bear, and penalties can be imposed or prosecutions undertaken. But if a tax officer makes a mistake or does something wrong, there doesn’t seem to be a similar mechanism,” Dirkis says.

This is where an advisory board to the tax office could be useful in rebuilding mutual trust between the ATO and taxpayers.

Here’s the full interview with Professor Michael Dirkis from the University of Sydney.

Q: These cases seen in the news reports - do they reflect the usual approach of the tax office?

A: It’s not surprising. The ATO, from time to time, has seemingly stepped over the mark historically in a number of different cases and the sort of tougher approach is probably the manifestation of that.

Q: Are cases involving small business the majority of the type of cases the ATO pursues?

A: No, I think the majority certainly still is at the larger end. Often with those larger businesses, the sort of the information required puts them on to a very regular contact with the tax office and their compliance burden is fairly large.

That said, because they’ve got large amounts of money, they’re also well organised. Of course, the compliance burden and cost, although large, is spread across the business.

Certainly, it appears when one reads the pronouncements from the tax office and information in the annual report, that a large amount of resources are going into the large end [of business] because that’s where the risk is.

Q: Do you think there’s been any sort of cultural shift or other changes in the organisation, with the changes in tax commissioners?

A: The tax office still has similar plans that it sets out in its annual audit areas of interest over the years.

But I think the organisation at the top certainly has had a cultural change. Among the senior staff within the tax office there’s been a constant of recruitment of private sector accountants and lawyers into the technical areas, to boost expertise.

But a lot of that is at the level of the large business, large family group type assessments, rather than focused at the small business end.

We’ve certainly had a cultural change when self-assessment was first introduced. It really made a major shift in power towards the ATO, as suddenly taxpayers were required to calculate their own tax situation.

So the shift of obligation of getting your assessment right switched from you supplying information to the tax office and then the ATO doing that on your behalf and confirming your position, to one where you are now expected to know. Hence why we see 70% of Australians using tax agents.

I think the nature of the audit process is that it can vary and probably at the smaller business end you are going to have an assessment issued and then there will be a lag with trying to talk to case officers.

Q: Is there anything you think the ATO can do to avoid the types of cases that we’re seeing?

A: It’s about education. It’s about ensuring that there are forms of mutual respect. There’s what’s called the Taxpayers’ charter that sets out what the tax office expects of taxpayers and what taxpayers should expect of them.

The problem is the charter is not enforceable. Most crucially, if a taxpayer does the wrong thing then clearly the full force of the law can be brought to bear, and penalties can be imposed or prosecutions undertaken, but if a tax officer makes a mistake or does something wrong there doesn’t seem to be a similar mechanism.

So we don’t have that reciprocal effect, that if the tax office or the tax officers breach the taxpayers charter there is no penalty.

Q: Should there be an oversight or advisory board for that?

A: I think there needs to be. The problem with the charter from day one was that the tax office writes it and then rewrites it. It was used as a mechanism of the ATO saying you know what you can expect.

But as I said, there just isn’t anything in the mechanism that actually makes the tax officers who breach it accountable.

Then the tax office about three years ago went through a large culling of staff. So a lot of very senior, long serving, staff left the tax office.

There was a view that this probably wasn’t a bad thing and that it would get rid of an entrenched “us versus them” mentality that can arise in enforcement agencies. But it doesn’t necessarily seem to have filtered down to those in sort of the more the coalface areas, the audit area.

There needs to be some empathy in that process and that doesn’t seem like it’s happened in some of these cases.