– Statement published on the One in Three Campaign website, March 2018

Violence within intimate and domestic relationships in Australia is a serious social problem that has devastating consequences.

The statement that intimate partner violence or family violence is the leading preventable cause of death and illness for women aged between 15 (or 18) to 44, has been quoted by numerous media outlets and advocacy groups.

But the One in Three Campaign, an advocacy group focused on the male victims of family violence, says these statistics are misleading.

In response to The Conversation’s request for sources, a spokesperson for The Age pointed The Conversation to the website of the Victorian health promotion agency, VicHealth.

A VicHealth spokesperson told The Conversation VicHealth’s 2004 report The health costs of violence: Measuring the burden of disease caused by intimate partner violence focused on Victorian women aged 15 to 44.

Australia’s National Research Organisation for Women’s Safety (ANROWS) did a follow-up report in 2016 using similar methodology, but on a national scale. The ANROWS report focuses on Australian women aged 18 to 44, which corresponds to The Age’s statement.

You can read the full response from The One in Three Campaign here.

The Age editorial used the words “leading preventable cause of death and illness for women aged 18 to 44”. This is incorrect.

It’s important to make a distinction between cause and contributor to death and illness.

If The Age editorial used the words “contributor to”, it would be correct, i.e. “leading preventable contributor to death and illness for women aged 18 to 44”.

The findings, however, did not change a great deal between the 2003 and 2011 Australian Burden of Disease reports, in terms of the top causes of death, injury and illness.

If One in Three used the words “previous and current data shows”, and updated its reference, the claim would be correct.

While both of these claims are close to being correct, neither is complete.

If we were talking about lung disease, for instance, we would treat that as a “cause” of illness, but we would also consider whether a person was a heavy smoker (a contributor).

Likewise, if we were to look at the number of people whose deaths were due to type 2 diabetes (the cause), we would be interested in knowing whether those people had an unhealthy diet (a contributor).

Intimate partner violence can be treated as either a cause of death, injury and illness in its own right (as a subset of violence), or a contributor to other causes, such as depression and anxiety.

Intimate partner violence can be a leading contributor to death, injury and illness among women, without being among the leading causes. Looking at it from one perspective alone doesn’t provide a complete picture.

Read more: FactCheck: is there a link between early and easier access to violent TV and domestic violence?

One in Three: causes of illness and death

The claim by the One in Three Campaign is based on the AIHW Australian Burden of Disease Study 2003. This looks at the burden of death, injury and illness for all Australians, as well as providing breakdowns by age and sex.

The 2003 AIHW report is not the latest available data but the more recent Australian Burden of Disease Study 2011 contains basically the same results, in terms of the top causes of death, injury and illness.

The report used a range of data sources to look at different types of death, injury and illness, and considered how each of those contributed to the total “burden of disease”.

The “burden of disease” is based on a calculation of the number of years lost across a specified population due to premature death and years of “healthy” life lost due to disability arising from injury or illness. These years are called “disability-adjusted life years”.

According to that report, intimate partner violence was not among the top causes of death for women. Homicide and violence is the 26th highest cause of death, disability and illness.

The One in Three Campaign talked about the top five causes of death, disability and illness. The illnesses they referred to were the leading causes of “disability-adjusted life years”.

So this claim is about intimate partner violence as a cause of death, injury and illness rather than as a contributor to other causes.

It is important to note, however, that the 2003 AIHW report also estimated the contribution of intimate partner violence to the development of burdens such as depression and anxiety.

The report found intimate partner violence to be a leading risk for the development of depression and anxiety.

Read more: FactCheck Q&A: is domestic violence in Australia on the decline?

The Age: contributors to illness and death

The Age appears to be referring to a 2016 report commissioned by the not-for-profit group Australia’s National Research Organisation for Women’s Safety (ANROWS), which superseded the 2004 VicHealth burden of disease report.

contributes more to the [disease] burden than any other risk factor in women aged 18-44 years, more than well known risk factors like tobacco use, high cholesterol or use of illicit drugs.

The ANROWS report draws very strongly on methods and data used in the AIHW Australian Burden of Disease Study 2011, and focuses on intimate partner violence victimisation as a risk factor for death and other outcomes, such as mental and physical illness.

In other words, The Age claim is based on a report looking at the contribution of intimate partner violence to other causes of death, injury and illness – rather than as a cause in itself.

The estimates reported are generally similar to other estimates (including those provided by AIHW reports) in terms of the magnitude of the burden, the diseases contributing to it and its ranking among other risk factors.

However, they may be slightly different due to the ANROWS report using a broad definition of intimate partner violence which includes emotional, as well as physical, abuse.

Read more: FactCheck: are 'up to 21 fathers' dying by suicide every week?

Both claims rest on information drawn from very similar sources: the AIHW Burden of Disease Study 2011 and the previous study from 2003. Although all datasets and methods come with caveats and cautions, there is no reason to believe that those sources are inaccurate.

The inconsistency between the claims arises from different ways of looking at the question, and different interpretations of essentially the same data.

Based on the reports above, a more accurate thing to say is that although intimate partner violence is not a leading cause of death, injury and illness among Australian women aged 18-44, it does appear to be a leading contributor. – Samara MacPhedran

I agree with the conclusions of this FactCheck. It is a balanced examination of the alternative claims about the impact of domestic violence on women’s health, and highlights the differences in the direct claims of causation, as against the more indirect claims of contribution.

The FactCheck also rightly highlights that the definition of domestic violence has been expanded widely to move beyond physical violence, to capture more abstract forms such as emotional, psychological and financial abuse. – Terry Goldsworthy 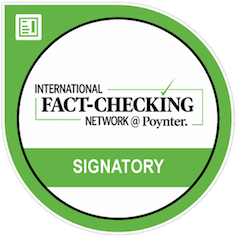