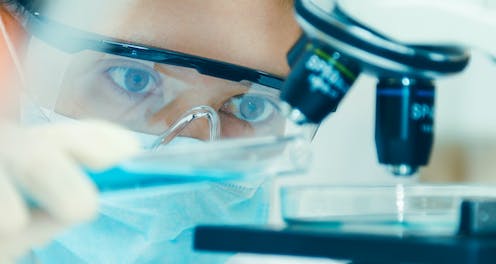 Every time a scandal breaks in one of the thousands of places where research is conducted across the world, we see headlines to the effect that “science is broken”.

But if it’s “broken” today, then when do we suggest it was better?

Point me to the period in human history where we had more brilliant people or better technologies for doing science than we do today. Explain to me how something “broken” so spectacularly delivers the goods. Convince me I ought to downplay the stunning achievement of – say – the detection of gravitational waves.

Read more: No science minister, and it's unclear where science fits in Australia

I agree, practising science has its frustrations, like every other human endeavour; and scientists can and do go wrong.

But the only place to find the Golden Age of Science is in the future – by making it ourselves.

So let’s not tell ourselves that “science is broken”. Let’s agree that we all share in the responsibility to improve it, by keeping open the mental bandwidth to ask and explore hard questions.

Here, in no particular order, are some of the things that I’ve been thinking about.

The future of the scientific paper

Earlier this month The Atlantic magazine published a provocative essay headlined “The scientific paper is obsolete”.

The scientific paper has done great things since it was developed in the 1600s. Today we could certainly say that production is booming.

But the peer-review system is critically overloaded. The irony is, we’re working so hard to generate papers, we don’t have time to read anybody else’s.

One has to ask, have we hit Peak Paper?

My tentative response is “no”. The scientific paper has endured for a reason, and it still holds. It’s an efficient way to structure and communicate information.

But what do you think? Will we still be publishing papers in 2050? And how else could we do it?

The pressure to publish

I was lucky to train under a great scientist, Steve Redman. These days we would describe him as unproductive: he published, at most, two or three papers each year. But every one of those papers was deeply considered, meticulously crafted and, as a result, deeply influential.

In the real world, we know that the incentives often skew the other way. But where do you intervene to break the cycle?

I recently came across a radical suggestion: a lifetime word limit for researchers. I suspect it would be very difficult to enforce but what about a variation: change the focus from publications to CVs.

For starters, let’s contemplate a rule that you can only list a maximum of five papers for any given year when applying for grants or promotions. Your CV would have to list retractions, with an explanation.

On the recommendation of Jeffrey Flier, the former Dean of the Harvard Medical School, candidates for promotion would have to critically assess their own work, including unanswered questions, controversies and uncertainties.

A predatory journal is one that typically charges high fees for publication with little or no credible peer-review process. As such they have no credibility.

How do we fight back?

How do we arm people in the community who aren’t scientists, and don’t know anything about impact factors and journal rankings and editorial standards, to recognise quality?

Is there an analogy to fair-trade coffee: a stamp that consumers can look for on the product that demonstrates it complies with a certain standard?

Could we have an “ethical journal” stamp, building on the excellent work of the Committee On Publication Ethics?

Bloomberg reports that there are now five ways to command a multi-year, seven-figure salary.

Now add on a person with a PhD in artificial intelligence (AI).

This is the AI century. Like all great waves in technology, it breaks on researchers first.

But what does it mean for research training? What roles that scientists do today, will robots do tomorrow? What roles that no one can do today will become possible, with the power of humans and robots combined?

To these, I could add more questions.

Let me simply conclude with the two things I know for certain. One, that these questions are crucial, because the future of science is the fate of the world. And two, that as long as we are scientists, we will never cease to ask them.

We will know that science is truly “broken” if we ever give up the quest to make it better.

This article is based on a keynote speech Alan Finkel delivered at the 2018 Quality in Postgraduate Research Conference in Adelaide, April 17.