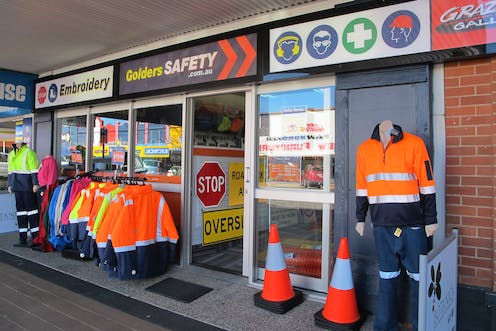 The question of opening the Northern Territory and South Australia to fracking has re-ignited concerns about environmental and health impacts.

Receiving less attention are the social and economic changes affecting nearby rural communities from this natural gas development and the social stress that can result.

From 2012, I led a team analysing trends in key social and economic indicators over the past 15 years in Queensland’s largely agricultural Darling Downs, where over A$20 billion has been invested in coal seam gas (CSG) development since 2011. We also interviewed and talked with over 200 residents and business owners. Social stress emerged as the most visible health impact of this coal seam gas development.

Read more: It's nonsense to say fracking can be made safe, whatever guidelines we come up with

Staff in both government and the gas industry agree that stress is an important impact. Our findings are reinforced by studies in the Darling Downs by numerous researchers and research students as well as extensive work in North America on resource boomtowns.

One resident said that the region had been “hit by three significant events – extended drought, local government amalgamation, and coal seam gas development”.

Read more: Australian gas: between a fracked rock and a socially hard place

Residents in community meetings expressed concern about potential effects of coal seam gas development on the amount and quality of groundwater and about possible health impacts.

Their concerns were compounded by low levels of trust in the oil and gas industry and a mix of distrust and trust in the government regulator’s ability to manage the industry. This lack of confidence can contribute to psycho-social stress.

The coal seam gas construction phase in the Darling Downs brought migration and an increased pace of work. That made informal emotional support harder to find as “social capital” had declined.

We were told of older, stalwart residents selling their homes at the premium prices brought by the development boom. Grandparents who had provided temporary childcare left as more women entered the workforce. At the same time, the number of childcare staff fell when the Commonwealth government boosted the required qualifications.

Population turnover increased, according to ABS statistics, from 10-15% per year before the CSG boom to 15-20% per year during the boom. The number of nonresident workers peaked in 2014 at over 9,000 for the Western Downs local government area, which has 30,000 residents.

Arguments about whether the CSG development was good or bad for the community exacerbated a decline in the number and strength of bonds among residents. Interviews suggest that these arguments – both in the gasfield towns and within Aboriginal groups along the gas pipeline route – split neighbours and families.

Many business owners faced longer opening hours, a need to pay higher wages, greater turnover among staff and uncertainties about whether to invest in more capacity.

Resource sector incomes were seen to be significantly higher than those in agriculture, education, police, health and social services. There is a two-speed economy here, residents noted. Studies in organisations suggest that this sort of sense of unfairness contributes to psycho-social stress.

The construction phase for coal seam gas development resulted in a surge in housing costs. Rents rose dramatically in Chinchilla, where 20-30% of residents live in rental housing. Median rent on a three-bedroom house went from A$280 per week in 2011 to A$400 per week in 2013. That is despite most industry staff and tier-one contractors living in camps outside the town. Lower-income families moved away.

The rate of construction of new housing climbed. Chinchilla had 106 residential building approvals in 2011. That more than doubled to 252 in 2014, just as the CSG construction phase ended.

Overbuilding caused rents to plummet. Median rent on a three-bedroom house fell below where the historic trend said it should be, to A$200 per week in 2016. Low rents attracted families on government support. Their numbers increased 65% in a two-year period, according to Centrelink statistics.

Drug arrests had bottomed out at 4.3 per thousand population in 2012 during the coal seam gas construction boom. By 2016, this figure climbed to 35 arrests per 1,000, well above the Queensland trend. The number of police on the street heightened concern among Chinchilla’s residents, interviews revealed.

Read more: Fracking and earthquakes: weighing up the dangers in South Africa

So, one can see a distribution of economic benefits but also a distribution of social stresses accompanying development of this resource infrastructure. Psycho-social stress can accumulate when changes cause a drop in “social capital”, reducing informal support, and when there is less access to, or use of, mental health services. Prolonged stress can contribute to cardiovascular disease and decreased immune function.

Further investigation can identify how best to provide the needed duty of care for rural communities near such resource development.