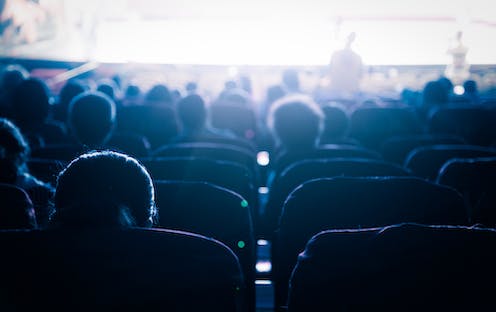 Netflix is the future, Cannes is “stuck in the history of cinema”, according to Netflix’s Chief Content Officer Ted Sarandos. He was responding to the Cannes film festival ruling that movies without a cinematic release could not compete, effectively banning Netflix films.

Cannes previously allowed Netflix in 2017. Though there are undoubtedly subtle economic motives behind the ban, the debate between Netflix and the festival has been waged along aesthetic lines, and in this, Cannes’ position – as a film, and not television, festival – is perfectly justified.

Netflix original films, alongside the made-for-cinema films that Netflix distributes, are made to be seen on the television (or the current analogue of the television, the computer screen). As telemovies, they are aesthetically different from made for the cinema movies. This is not to suggest that telemovies are worse – they are just incomparable (which would make judging the festival a nightmare).

For example, something that is made for a TV-sized screen can afford to include a great deal more movement of both the camera and subject, a style virtually synonymous with made-for-TV productions like music videos. Although this style has had an influence on cinematic aesthetics in the late 20th and 21st centuries, it is still far less prominent in large-screen than small-screen productions. It thus makes perfect sense that made for Netflix movies would not be included in Cannes.

While cinema has always occupied a precarious position between art and entertainment – one of the fascinating things about it, as the French philosopher Alain Badiou argues in Cinema – television has always been firmly located on the entertainment end of the spectrum.

Its primary function was historically to stream ads into the viewer’s private domestic space, interrupted from time to time by the thing that TV programmers call “content.” Even though “narrowcasters” target a more specific audience through subscription and therefore don’t need to run ads, services like Netflix still emerged from television and televisual aesthetics, with the “content” produced to be seen via television screen.

The Netflix original film Okja screened at Cannes in 2017.

Netflix does pose a major threat to other, more expensive and less convenient subscription services such as Foxtel. As a source of individual entertainment, Netflix (like home video) offers stimulation on demand. It’s cheap, easy, you can watch when you want, and there are no ads.

Sarandos is likely simply trying to spin his company’s way out of their embarrassment at being rejected by the prestigious festival. But his comments are no cause for alarm for the cinéphile. There’s not really any indication that people will stop going to the movies, that this is a thing of the past, or that Netflix poses any major threat to cinema. While in the US movie tickets sold have declined slightly over time (not including 2018), box office takings are still growing strongly. Moreover, US cinema ticket sales still dwarf global Netflix subscriptions.

The “death” of cinema has been prophesied four times since the onset of commercial cinema in the early-20th century. Three of these have proved toothless. Television, popularised in the 1950s, was the source of the first major panic, followed by home video in the 1980s and Internet streaming in the 2000s. The fourth, the video game, has replaced movies as the dominant audio-visual medium, but involves sufficiently different practices to pose no real long-term threat to the viability of cinema.

Commercial cinema (with Hollywood at the forefront) has responded to these threats by proferring (and advertising) new technologies and gimmicks (for example, surround sound and IMAX). At the same, films have tended towards bigger-budget, more diffuse and immersive spectacles best seen on the big screen.

It is no surprise that the popular periods of perhaps Hollywood’s most enduring gimmick, 3D, have coincided with the rise of television, home video, and Internet streaming. Similarly, the “family film”, popularised in the 1970s and 1980s - the Indiana Jones franchise and films like E.T., for example - is unimaginable divorced from the context of the twin threats of television and home video.

At the same time, studios have opted for stories with broader appeal, that are definitely more anodyne in flavour than the cinema of years past. Gone, for example, is the violent studio B-movie, even as independent production companies have sprung up, replacing this gap with straight-to-video (or, now, Internet) films. The result is a polarised commercial cinema, with massive crowd-pleasers on the one side, and extremely minor, low-budget films on the other, firmly targeting the audience of a particular genre – such as horror.

Cinema’s survival comes down to the simple fact that people continue to delight in the participatory nature of collective events. Commercial cinema emerged from popular theatre as a form of mass entertainment. People have been enjoying collective entertainment for thousands of years, and cinema belongs to this continuum. As Antonin Artaud discussed in The Theatre of Cruelty , theatre – cinema’s foremost antecedent – emerges from religious ritual and the practices of magic dating back to human culture’s earliest years.

There seems to be something anthropologically appealing about watching spectacles in large groups; possibly, as French cultural theorist René Girard argues in works like Violence and the Sacred and The Scapegoat, all culture emerged out of collective ritual spectacles. The experience of cinema is more like a rock concert, or going to church, than watching television.

I would, in fact, suggest that as streaming services increase in popularity, and televisual content becomes more individualised, people will increasingly crave the collective big screen experience. If, however, Sarandos’ claim that the future is Netflix proves to be true then things are far stranger, in the 21st Century, than they seem.