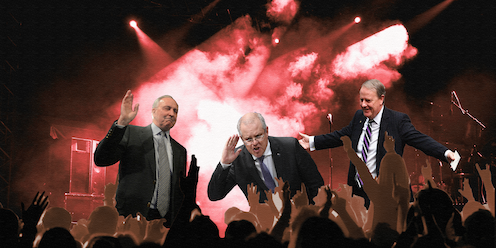 Governments, these days, tend to put a lot of political eggs in the budget basket. But this was not always so. The economic historian, Boris Schedvin, reported that the budget speeches of the treasurer for much of the 1920s, Earle Page, “read more like a chairman’s address to the annual meeting of a large public company than the nation’s principal document on economic policy”. Dull as ditchwater and full of facts and figures, issues of policy were effectively obscured.

The rising importance of the federal government as macroeconomic manager provided the budget with greater status and importance – not least as a projection of the image and priorities of the government. Another economic historian, Alex Millmow, has suggested that the November 30 1939 revised budget, delivered by acting treasurer Percy Spender in the early months of the second world war, was the country’s very first Keynesian budget.

Some budgets lived on in legend decades after being delivered. Arthur Fadden’s 1951 budget – designed to deal with runaway inflation – is recalled as “the horror budget”. Perhaps it endured in memory because it turned out to be an aberration in an age of rising affluence. What followed was 20 years of remarkable prosperity, with just a brief blip in the early 1960s.

Budgets are sometimes remembered with a degree of irony. There is no shortage of irony in the responsible budget delivered by new treasurer Bill Hayden in 1975 being the one that the coalition would block in the Senate and use to bring down the Whitlam government, before then relying on that very same budget in its first year in office.

Some historians now recognise in the 1975 budget the first hints of “economic rationalism”; Hayden’s budget prefigured the more cautious fiscal approach of Labor during the Hawke era. I’ve previously described it as “the granddaddy of pretty much every federal budget ever since”.

The budget of the Hawke era that is best remembered, Paul Keating’s “bring home the bacon” budget of 1988, with its delivery of a surplus, also comes with a large dose of retrospective irony – because what came next was the worst recession in Australian history since the 1930s. That budget can all too easily be seen as a marker of hubris; it is the older sibling of “the recession we had to have”.

The 1980 budget is recalled because it was leaked to journalist Laurie Oakes, but who can now recall what was actually in it? It was not the first time a budget had been leaked to a journalist, either. Fadden disclosed key details of the 1954 papers to a young press gallery journalist, Hal Myers. But The Sydney Morning Herald boss, Rupert “Rags” Henderson, refused to print them as the lead story, believing such a leak too good to be true.

Governments, early in their term, look to a budget to define their identity, fulfil some election promises while throwing others overboard, and register their seriousness of purpose in tackling the failings of an invariably hopeless and profligate predecessor. John Howard and Peter Costello did this with brutal success in 1996; Tony Abbott and Joe Hockey perpetrated a political disaster in 2014 on a scale of miscalculation comparable with Ben Chifley’s decision to nationalise the banks in 1947.

Faltering governments – and we have one of those at present – look to a budget to rescue them as they approach an election. They hope for a budget “bounce”. That might involve hand-outs to key constituents.

Read more: The art of the leak: how the budget is strategically doled out for maximum effect

Malcolm Turnbull and Scott Morrison will this week, of course, be hoping for a reprise of 2001 rather than 2007. Being a historian rather than a prophet, I hesitate to venture my opinion of what they’ll get, but it’s at least debatable whether the budget boost alone – combined with the other concessions that the government of the day rolled out – would have been sufficient to get Howard over the line against Kim Beazley in 2001 without Tampa and 9/11. The Australian Election Study of the time certainly pointed to the significance of national security as an issue for voters.

The present government is helped by a healthier flow of revenue than any recent government has enjoyed, which should allow some electorally strategic spending. The policy concern must be that a short-term improvement in government revenues gives rise to commitments that are unsustainable and become a burden down the track, rather as the Howard government’s mining boom-funded hand-outs did in the early years of this century.

It is also perhaps rather late in the day for the government to be able to recraft for itself an appealing image via a budget. That said, even the most battered, jaded, drug-addled rock star can make a comeback and play a few of the old hits for the entertainment of an ageing fan base. Whether that comeback is worth the price of admission is, of course, another matter entirely.