For the last year, the people of Timor-Leste have expected – and received – little from their government except deadlock.

From a political standpoint, there’s been gridlock for nearly a year after the Fretilin party eked out a victory in parliamentary elections last July, kicking independence hero Xanana Gusmao’s National Congress for Timorese Reconstruction (CNRT) party out of power for the first time in a decade.

However, Fretilin’s minority government found itself blocked at every turn by CNRT and its allies. It finally collapsed in December, forcing the beleaguered president to call for new elections, to be held on Saturday.

At the same time, there’s been economic deadlock, as well. The vast riches of the oil and gas fields in the Timor Sea have been locked away due to Timor-Leste’s seemingly intractable negotiations with the Australian government over a disputed maritime boundary.

In March, a boundary treaty was finally signed between the countries, which could lead to billions in royalties for Timor-Leste. But disagreements remain on how to develop the untapped Greater Sunrise basin that lies across this boundary.

In the past, Timor-Leste governments have focused on a “big development” economic strategy to exploit the country’s limited fossil fuels, which José Ramos Horta, the Noble Peace Prize laureate and former president and prime minister, has called “an absolute necessity for the future well-being of this country”. 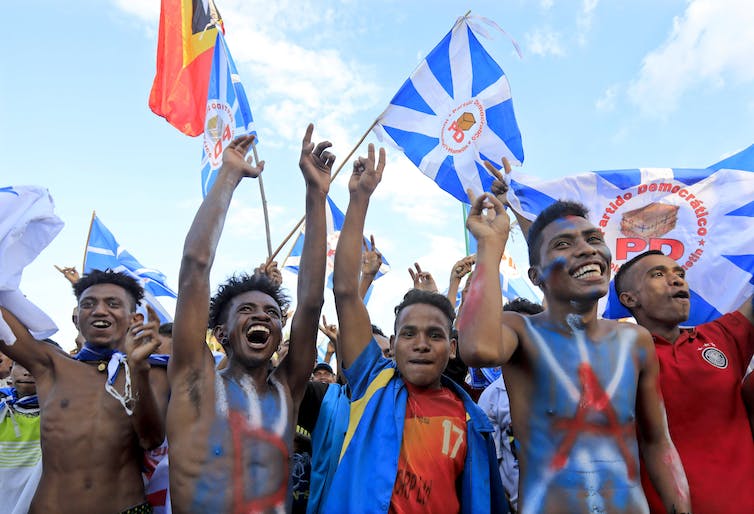 Supporters of the Democratic Party at a campaign rally. Antonio Dasiparu/EPA

The recent political impasse has put serious discussions about the future of the country on hold. For starters, the tenor in the run-up to the election has been acrimonious and personal, with the leaders of each party trading insults and playing up their contributions to the war of independence against Indonesia instead of debating policy.

Candidates have focused their campaigns on voting for the best “fatherly” figure of the revolution, with little regard for the country’s youth, who suffer from high unemployment rates and have largely been marginalised from the political process.

The economic development of the country, meanwhile, has been left out of the debate. The candidates all stress the need for “big resource development” and the need to build massively expensive gas processing infrastructure on the south coast of the country. But what’s lacking is any indication of whether gas can (or will) be developed in the long term by any multinational gas producer. 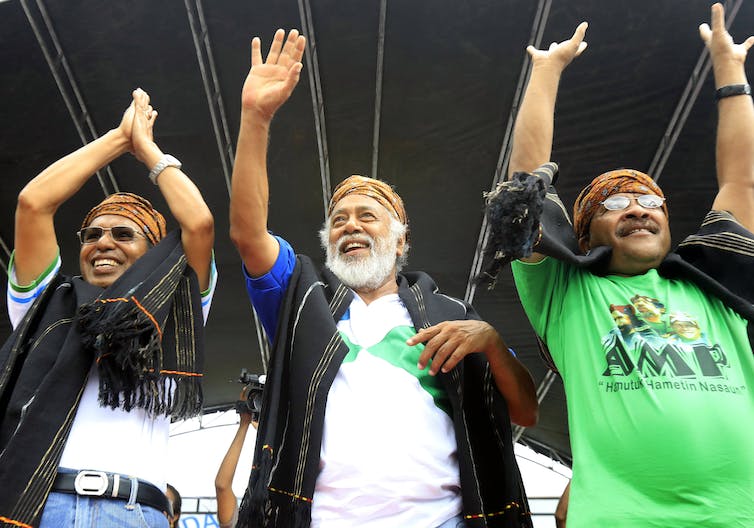 Also lacking is any real discussion about the future of the economy and how best to wean the country off its reliance on fossil fuels to drive economic growth. This has long been seen as a risky and unsustainable strategy.

Based on my own research in the country, as well as the work of other academics and development experts, the new Timor-Leste government will need to take a different strategy more in line with the [United Nations’ Sustainable Development Goals], encouraging private investment and developing non-oil exports in agriculture, community forestry and coffee exports. Timor-Leste has committed itself to these SDGs, even if it is struggling to meet them.

Read more: From violent occupation to adventure vacation – can tourism work in Timor?

According to tradition, a sacred house in Timor-Leste is formed by four pillars. If two of those pillars are in a sloping position or broken, it will impact the house as a whole. When that happens, the elders will ask the young people to find new pillars to replace the ones that are damaged.

Timor-Leste now finds itself with two broken pillars – the leadership of the country and the dysfunctional parliament. The situation requires the attention of all Timorese to help fix the broken pillars and right the country.

The big question is whether the politicians who are elected on Saturday will listen to the people and bring an end to the deadlock holding the country back.